Owned by Travis and Carmen Long, self-proclaimed Halloween lovers, the house appears to be on fire at first glance. 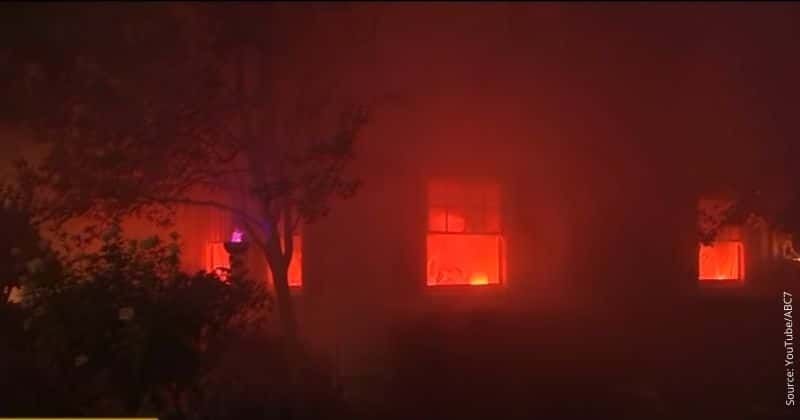 Come Halloween, and it's time to give your home a spooky makeover, and you can go all out bringing your scary vision to life. Given the pandemic, a lot of festive traditions have been limited, but that doesn't mean you can't spread some Halloween cheer around. And one particular house from Riverside, California has been getting a lot of attention (perhaps a little more than they bargained for).

This home's Halloween decorations are so life-like, passerby's have called 911 on several occasions, reporting that the house was on fire!!! https://t.co/NS8rL9qgmi

According to Delish, the decorations are reportedly so realistic that people passing by have called 911. Owned by Travis and Carmen Long, self-proclaimed Halloween lovers, the house appears to be on fire at first glance. One can even see massive flames going strong behind the first-floor windows while smoke moves across the lawn. This terrifying display is then accentuated with pirate cannons and skeletons in the front of the house.

Speaking to Fox 13, Carmen Long said: "My husband 'stole' the idea from the Pirates of the Caribbean ride at Disneyland." The fire that has people spooked is just satin cloth, an orange light, red light, and a fan. "When you stand in front of the window you can quickly see that it isn’t real, but from far away it looks realistic," Long explains. But that hasn't stopped people from getting extremely concerned with several passers-by calling the local fire department for help. As a result of the false alarms, the couple are in touch with the fire department, and checks in with them each weekend when the display is on. In case of an actual fire, though, the home has its own fire alarm system which will notify the firefighters.

Narrating an interaction with the department, Long said: "In fact, one officer apologized for having to ask us to turn it down a bit, but he had to come to our door since someone complained about the music; he said it looked great." When asked what the Longs feel about all the positive responses their home is getting, she said: "We are happy that 99% has been positive. We are happy that our love for Halloween and the pirates theme is shared by many."

The family is very encouraging and invites locals to visit the home and check out the creepily realistic decorations themselves. With many people visiting the house, however, there's bound to be some downside. Long said, "Our only let down has been some theft of our decorations and some damage to our home from a small handful of visitors. This is the first time that has happened. Other than that… it’s been a great time!"

Many people arrive each night to admire a Riverside family's spooky, fiery Halloween decor, but the adornments appear so realistic to some that multiple people have made emergency phone calls to firefighters about the home.​ https://t.co/ROHr4mxE6l

As for when the family got around to implementing this grand idea for their house, Long shared: "We’ve lived in the neighborhood since 2001, but never really went all out until 2017 when we moved in to this house. I actually don’t do much of the decorating: This is all on my husband. We just make ourselves available when he needs us to hold something so he can set it up."

The house is located at Chapman Place and Magnolia Avenue in the city of Riverside. The fire is on display on Friday, Saturday, and Sunday nights from 7 p.m. to 9 p.m.