This Plant Has Gorgeous Flowers That Look Like Tiny Hummingbirds

Called the Crotalaria Cunninghamii, the plant is seen in certain regions of Australia where hummingbirds aren't usually found. 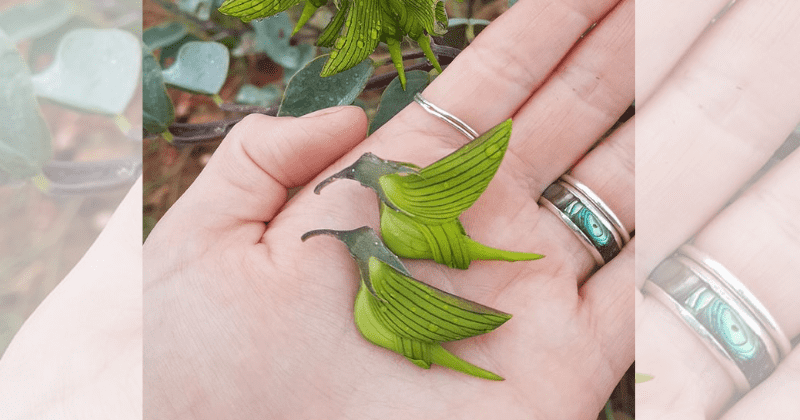 Nature never ceases to amaze us with its unmatched beauty. On occasions, it is known to throw us some rather unusual looking flora and fauna. One such flower is a gorgeous hummingbird flower. Shared by Reddit user OctopusPrime, this has caught the fancy of social media denizens. This was posted on the subreddit NatureIsF**kingLit. The OP (original poster) added a caption to the picture and wrote: "Check out these beautiful flowers that look like tiny hummingbirds!"

The post quickly racked up upvotes, likes, and shares like nobody's business with the picture having received over 48k upvotes with most people expressing their amazement while some casually geeking out at nature's sheer brilliance. Ro_Musha questioned: "Is this Batesian mimicry or Pareidolia? Any biologist to chime in?" Solitary Bee, a postdoc scientist studying the evolution and ecology of flowers, pointed out it was Pareidolia. However, another user, Ida Spear corrected them and stated that it was actually a Simulacra/Simulacrum. They explained that "Batesian mimicry is where an organism mimics another organism in an attempt to scare off a predator," whereas "Pareidolia is the perception of seeing faces where there are none because we're "hard-wired" to see a face in certain patterns of color, light, and shadow."

They continued, "Unfortunately it is often now used instead of the more accurate simulacra. A simulacrum is seeing shapes and forms that look like something that they're clearly not. In this case, it is the flowers looking like hummingbirds. Another example is a rock near where I live called 'Frog Rock'. From one direction it just looks like a big piece of rock but from the other, it looks like a frog crouching. Another is snapdragon seeds. They look a lot like children potentially born of the Mukon's in Abe's Oddworld game franchise"

As it turns out, the plant is called Crotalaria Cunninghamii and the OP snapped this picture in Exmouth, Western Australia. Other Redditors were fascinated by this unusual-looking flower and mused, "How is this even possible?" Swindle123 added, "Like having flowers that look like birds could be useful in scaring off bugs and stuff but how does it come to look like that in the first place?" However, a user responding to the comment noted that while it does look like a hummingbird, the chances of the plant species being aware of the bird in itself is impossible because hummingbirds are not seen on the Australian continent. That's when another user noted from their "grade-school" biological knowledge that it must all have been nothing but a beautiful coincidence.