The all-woman firefighting crew from Pasadena Fire Department rode together on Engine 34. 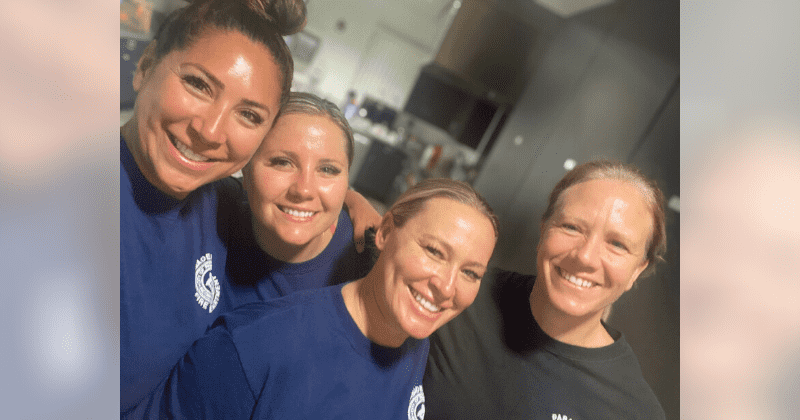 The Pasadena Fire Department is making history. For the first time in 133 years of the department's existence, an all-woman firefighting crew rode together on Engine 34, reported CBS Los Angeles. The crew was staffed for only one shift and the staffing was not done on a permanent basis either, but it is a definite sign of progress and is still a cause for celebration. The city of Pasadena even posted a photo of Station 34’s all-women crew and the feat was also lauded on CBS Evening News with Norah O'Donnell, the significant moment being marked that this was the first time that the PFD staffed a crew comprised of only women.

The crew of four was under the command of Captain Tricia Rodriguez. The team consisted of two other firefighters and an engineer, in addition to Rodriguez. This is the pre-requisite staffing for all fire stations—a captain, two firefighters, and an engineer. It just so happened that Tuesday’s staffing had four women at the right rank. “We actually have females that have been promoted within the department enough to fill the seats so that we could put a complement of all-female firefighters on an engine company," Pasadena Fire Engineer Christina Terrazas stated.

“I have a year left on the job, and I’m like, ‘before I leave I’m gonna make sure I have an all-female crew,’ and it just happened today,” Captain Rodriguez said. She had joined the department in 1994. At the time, she was one of just three women in the department. at the time. "The message to anyone is, if you have a dream or a vision, you can achieve it," Rodriguez said. "This is something we have looked forward to growing up and we put a lot of effort into it. We trained, and we studied and we took the same test everybody else did and we didn't give up." Although Tuesday’s situation is not permanent, it came about because the four were all on overtime for a single 24-hour shift.

Christina Terrazas has also been on the team for 19 years now. In all these years she has served in the fire department, this is the first time she has been part of an all-woman crew. "To have all women there, there was a lot of pride and there was a lot of fulfillment," she said and added, "It felt like it should've happened a long time ago." Terrazas has also been working through the years to encourage more young girls to consider pursuing a career as a firefighter at camps and other community events. This includes her seven-year-old daughter who said that she is inspired by her mother and wants to follow in her footsteps.

“The guys get to experience that every day, and as much as we enjoy working with them and they love working with us, it’s really nice to enjoy this experience today,” Terrazas said. The Los Angeles Fire Department also runs a fire camp specifically for young girls. It uses this opportunity to try and recruit them into the department later on. The Pasadena Fire Department has reportedly planned to begin a similar program this year as well.

GIRL POWER: Check out the first all-female fire crew in Pasadena, California. This is the first scheduled shift working together because of vacations. pic.twitter.com/J4CTaGA792