Father Shoots And Kills Man Who Kidnapped And Raped His Son, On National TV

Gary Plauche's son, Jody Plauche wrote a book about this episode in his life. The book was released last year. 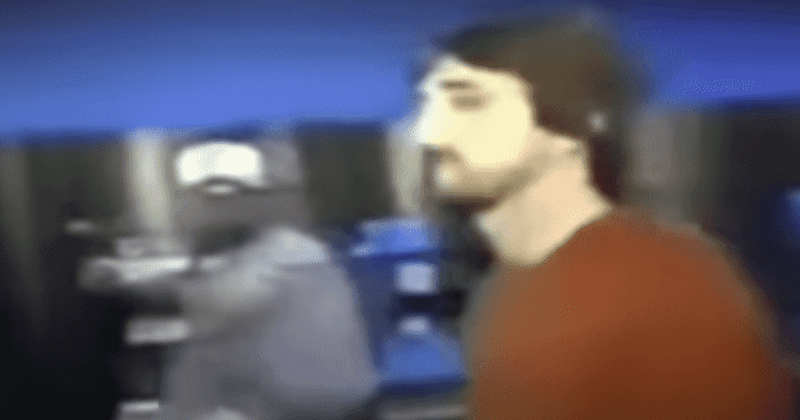 Trigger Warning: The story has disturbing details of pedophilia and a video and descriptions of murder

Jody Plauche from Baton Rouge, Louisiana was only 11-years-old when he began taking karate lessons from an instructor named Jeffrey Doucet in 1983. The classes went on for a year but during that time, Plauche was being groomed by Doucet. At the time, Plauche never realized that his instructor was a pedophile. He thought of him as one of his best friends. Only later did he realize that the signs were all there. Little did he know his case would become world-famous after his father, Gary Plauche, would kill Doucet on national TV, as his form of justice for raping his son. Now as an adult, he recalled his experience in an AP report, "It was over several months before he ever started to do anything, and he had already been testing the boundaries."

He added, "He had begun the grooming process, not just on me but my family. Pedophiles are very good at what they do. One of the things they'll do with the grooming is to test the child's boundaries. Jeff would go, 'We need to stretch,' so he'd be touching around my legs. That way, if he grabbed my private area, he could say, 'It was an accident; we were just trying to stretch.' Or, if we were driving a car, he'd put his hand in my lap and might go, 'Oh, I didn't mean to. I didn't realize my hands were there.' That's that slow, gradual seduction." Then the molestation began. In an audacious act, Doucet kidnapped his student and took him to California in February 1984. After being holed up in the motel, Plauche requested Doucet if he could call his family. Doucet agreed and the police were soon informed and reached California to arrest the pedophile and rescue the kid.

Doucet was scheduled to fly back to Baton Rouge and land at the city's Metropolitan Airport on March 16, 1984. The case was set to go to trial. Gary got word from local reporters about the time and date of the landing. Gary had been waiting for Doucet disguised in a cap and shades. TV crews was also present as Doucet was led into the airport terminal by two officers. Video footage shows the moment Doucet walks in, Gary is seen inconspicuously lurking on the side. He then turns towards Doucet with a pistol. There's a bang and Doucet slumps to the floor. Gary's pistol is wrestled off of him by two officers.

@MagsGotSwag12 I enjoyed your Documentary until I saw you were the reason LSU lost...I'm an LSU grad! The Documentary was very well done. Dm me an email address and I will send you a digital copy of my book.
"Why, Gary, Why?": The Jody Plauché Story https://t.co/f2SKAx07ix

A law enforcement officer, who recognized him as the victim's father, can be heard shouting “Gary, why? Why, Gary?”  when the firing happened. Doucet is declared dead a day later at a hospital. The footage of the killing was relayed across many news channels across the world. Gary got a seven-year suspended sentence, with five years probation and 300 hours of community service, which he completed in 1989. Gary died in 2014. It took a long time for Plauche to come terms with the incident. He wrote Why Gary Why? in 2019  to warn other parents and victims about how pedophiles operate using his experience of assault.

TODAY @TrueCrimeTue asks the question, Why Gary, Why? with our very special guest, Jody Plauche'

"I wanted to give victims hope. I wanted to give parents knowledge, and I wanted outsiders to get a general understanding about sexual violence and sexual abuse. .. .I've had parents message me and say, 'I just finished your book. I learned so much. There's a lot of things I never would have thought of," said the Louisiana State University graduate who worked as a sexual assault counselor in Pennsylvania for a while before returning home to work in his brother's company "I left a lot of stuff out. My mother was, like, 'Why don't you put more details in there?' I have to dance a fine line between triggering a victim who might be reading the book and having to put the book down, and a pedophile reading the book like Penthouse Forum: 'Oh, this is great.' I didn't need to go into explicit details or the grossest, nasty stuff," he added.