trending celebrity people lifestyle news animals
These Orchids Resemble A Monkey's Face, And Is A Must-Have For Your Garden

These Orchids Resemble A Monkey's Face, And Is A Must-Have For Your Garden

You can purchase the seeds from a reliable online vendor 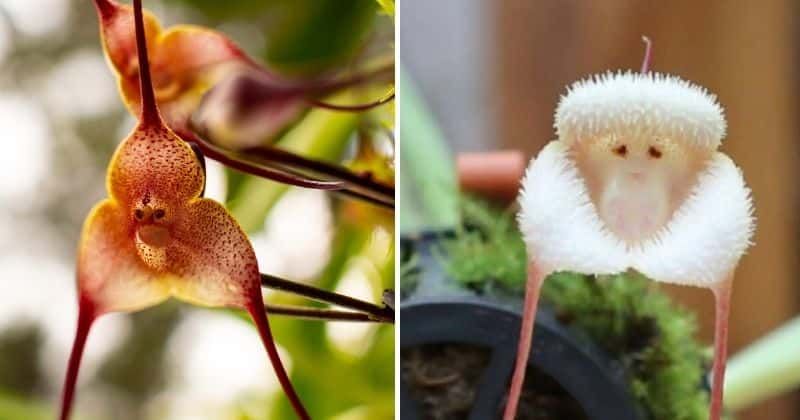 Mother Nature it appears can be quite quirky in some of her creations. Take for example, this variety of orchid, that looks like a monkey. Take a look for yourself, and you will agree that the resemblance is uncanny. It has been aptly named as the Monkey Orchid. It's scientific term is Dracula Simia. If you are puzzled as to why it's also referred to as a Dracula, well, it's because it also resembles  the bloodthirsty fictional character. It's long spurs are similar to Dracula's fangs. There are some 110 varieties, and it is native to the mountainous rainforests of Ecuador and Peru.

According to orchidspecies, the "southeastern Ecuadorian and Peruvian species" are located where the elevations are "1000 to 2000 meters." Oddity Central reports that the flowering of the Monkey Orchid is not season specific. It can flower anytime in its natural habitat. Intrestingly enough, these monkey orchids smell differently from what one would imagine them to be. It is said that they have the fragrance of a ripe orange.  The monkey orchid is believed to have been first "christened by botanist Carlyle A. Lueren in 1978" according to flowerweb. The term Dracula simia translates to "little dragon monkey, with reference to its long fang-like petals."

AtoZ Flowers notes that other species of the orchid such as the Calanthe tricarinata and Orchis simia are also known as Monkey Orchids. The website stated, "However, just a few members of the genus (Dracula simia, Dracula gigas, Dracula benedictii and Dracula wallisii) have monkey-like appearance. The center of the flowers resemble the face of a monkey, and indeed, these unusual looking flowers look just like a monkey. And the most interesting thing is that different flowers provide different expressions of the monkey face."

According to the American Orchid Society, some species of this plant are also found in western Colombia. They described the flower's appearance as "creeping rhizomes with short, erect, one-leafed, thin textured shoots" adding, "The colorful, typically single flowers are usually large and pendent, although some species exhibit erect inflorescences. Individual flowers are usually produced singly in succession and in some species, inflorescences are capable of producing 5, 6 or more flowers during the lifetime of the inflorescence. The tips of the sepals form long, slender tails. At the uppermost part, the short petals have a warty texture which can give the appearance of two eyes along either side of the nose-like column."

Due to its unusual appearance, it has become an important part of collections of popular hobbyist with many species being even cultivated. Some of them have also been hybridized. In case you want to grow a few of your own. My Modern Met notes that these flowers "thrive in deep shade, love humidity and prefer cold temperatures." Seeds can be available online. However, "Monkey orchid seeds are almost like dust and require specialized care in order to grow properly," therefore, if you are a first-time orchid grower, you may want to rethink this. Even under the right conditions, these flowers take anywhere between 3-8 years to bloom. That being said, there are some simpler varieties, you can try your hand at. These are Dracula erythrocheate, Dracula bella, and Dracula cordobae. Ensure that you get these seeds from reputable vendors as there are scammers who claim to sell the real deal, but in fact, is the opposite. You can even buy it from Etsy.