Dre Erwin's video of the aurora is like therapy to his viewers. 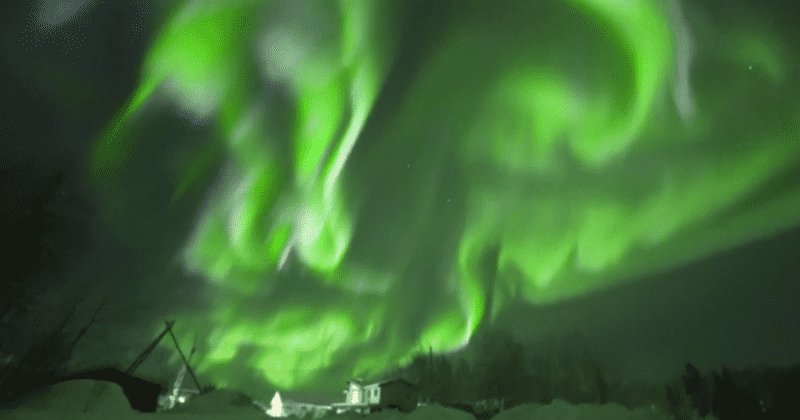 Dre Erwin calls himself a 'Therapeutic Photographer.' Most would laugh the tag off because there simply isn't such a thing. Well, that's probably because they haven't seen the landscapes he captures. Recently, the photographer released a video of 'Southern Lights' captured near his home in Pinehouse Lake, Saskatchewan in Canada that would take your breath away. He even dubbed the scene "the BEST I've seen so far!" and we will have to concur because it's extraordinary, to say the least. "It’s these moments we all need to focus on—the beauty in life," the proprietor of DreErwinPhotography wrote, describing the aurora he witnessed. In the video, we see the sky being lit up with waves of green light with the scenery getting crazier by the second as you get past the one-minute mark. Now, the Aurora Borealis or Aurora Australis are the most popular iterations of these lights, and many people wish to travel towards either pole to catch a glimpse of them at least once in their lives. But, do you know how it is formed and why the phenomenon is only specific to a very small geographical region? Let's find out.

According to National Geographic, the auroras are created because of the sun. The sun, if you remember your grade school science classes correctly, is a superhot mass of gases made up of electrically charged particles called ions. These ions rapidly exit the sun's surface and form what is known as the solar wind. Naturally, with the earth in the sun's orbit, the solar wind begins to approach our planet only to be blocked by the magnetic field. While the blocked majority continues to waft across space in the solar system, a very small amount of the ions escape and become trapped in ring-shaped spots around the planet in the region of our atmosphere called the ionosphere.

These areas are usually located around the Earth's geomagnetic poles (aka the North Pole and the South Pole) and lie about 1,300 kilometers (800 miles) from the geographic poles. It is in the ionosphere that the magic happens as the solar wind collides with oxygen and nitrogen from the Earth's atmosphere resulting in a colorful halo called aurora forming around the poles. Researchers say most auroras happen over 97 to 1,000 kilometers (60-620) miles away from the earth's surface.