trending celebrity people lifestyle news animals
'The Wonder Years' Is Returning, But With A Black Family Growing Up In Alabama

'The Wonder Years' Is Returning, But With A Black Family Growing Up In Alabama

The pilot of the reboot is already in the works and after approval, the season could be aired in 2021/22. 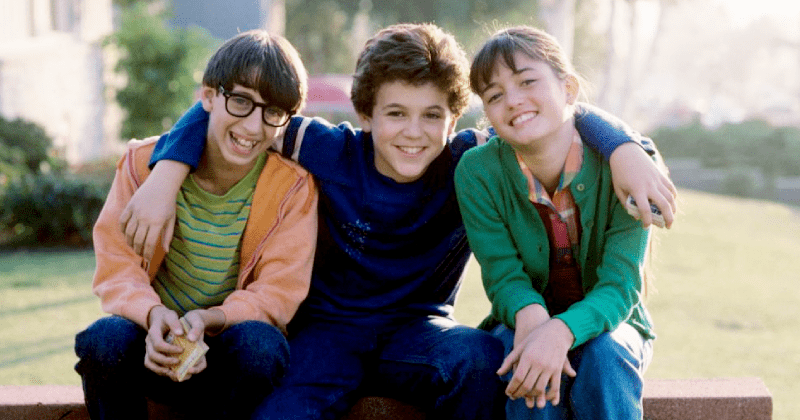 Classic TV series The Wonder Years is getting a reboot but will feature a completely different cast. ABC announced the new version of the series will feature a Black family living in the same time period. The original coming-of-age dramedy started in 1988 and ran for six seasons. The series told the story of Kevin Arnold, played by Fred Savage, as a middle-class suburban teenager growing up during the late 1960s and early '70s. ABC is currently working on a pilot for the new version. The new updated version will show the life experiences of a Black family growing up in Montgomery, Alabama. Fred Savage has come aboard the project but won't be acting. He will serve as a director and executive producer on the show, reported Entertainment Weekly.

The show's reboot description reads: How a black middle-class family in Montgomery, Alabama in the turbulent late 1960s, the same era as the original series, made sure it was The Wonder Years for them too. Choosing Alabama as a location for the TV series is significant considering that it was the site for many important events during the American civil rights movement, including Rosa Park's defiance of segregation on a public bus in 1955, a white supremacist church bombing in 1973, and the five-day march from Selma to Montgomery led by Martin Luther King that pushed the government to approve the Civil Rights Act in 1965. Empire co-creator Lee Daniels will executive produce the show. Saladin K. Patterson, who was a consulting producer and writer on Big Bang Theory, will be the showrunner while original series co-creator Neal Marlens will be a consultant on the reboot version.

Fred emailed me last night to share the news! ❤
I can't wait to see what he & @leedanielsent create. I have no doubt it will both honor the original show & do justice to the realities of growing up black in 1960's. #TheWonderYears #TheWonderYearsReboothttps://t.co/mio5tQDo9C pic.twitter.com/fsHxFN9zbw

The reboot already has a group of mini writers room and once approved is hoping to be developed for the 2021-22 television season. The original series ran from 1988 to 1993. The Wonder Years won the prestigious Peabody Award and an Emmy for best comedy in its first season. Fred Savage became the youngest actor ever nominated for a lead actor in a comedy series Emmy at the age of 13, in 1988. Danica McKellar, Dan Lauria, Alley Mills, Olivia d'Abo, Jason Hervey, and Josh Saviano co-starred along with Fred Savage. Daniel Stern narrated the series as a grown-up Kevin.

Fred Savage has repeatedly stated that he wasn't too keen on a reboot, but mainly because those queries involved the original cast returning for the reboot unlike ABC's new proposal. "My answer will remain the same — so I won’t get tired of people asking if everyone else doesn’t get tired of me saying, ‘No, it’s not going to happen,'" Savage told Vanity Fair in an interview. "You know, I’ve always said that The Wonder Years, it’s not just the name of the show — it’s a time in your life, a very special, finite time in your life. And the way the show was written, it’s about looking back with some longing. I think we all look back at that time in our lives and long for it and idealize it. One of the reasons it takes on this kind of mythic, almost haunting quality in our lives is because it’s something you can’t go back and can’t revisit. It only exists in our memories, in our shared experiences with people who went through it with us. That’s really what the show was all about. And I think that the idea of revisiting the show mirrors that. And I like that... I love all the reboots and revisitations and reimaginings of all these [other] shows, but I don’t think it works, conceptually, for The Wonder Years."

The idea of a reboot comes at a time when America is reassessing its past attempting to make Black voices heard, in the wake of Black Lives Matter protests calling for an end to systemic racism and police brutality.