The Taliban Endorses President Trump For A Second Term, Later Says They Didn't

The group's spokesperson Zabihullah Mujahid reportedly told a news outlet that Trump had "proved himself a politician who accomplished all the major promises he had made to American people." 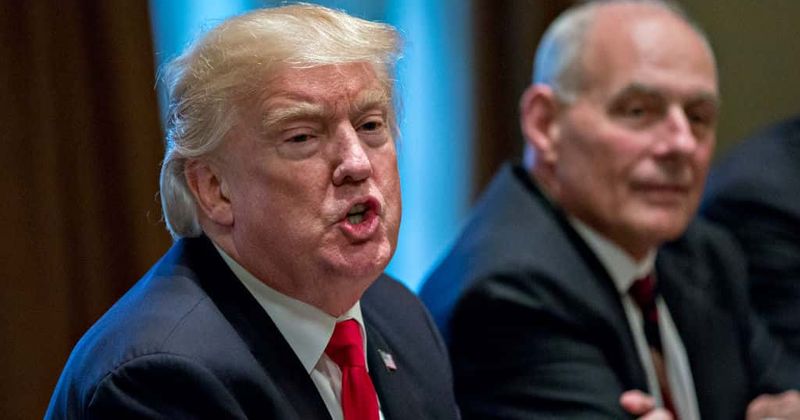 We thought Donald Trump getting the endorsement of former KKK leader head, David Duke in the 2020 election was bad. But things have hit a new low, with even the Taliban announcing that they were pitching for Trump to be re-elected as president. In a phone interview with CBS News, Zabihullah Mujahid, a Taliban spokesperson, made known the militant group's intentions to support Trump. "We believe that Trump is going to win the upcoming election because he has proved himself a politician who accomplished all the major promises he had made to American people, although he might have missed some small things, but did accomplish the bigger promises, so it is possible that the U.S. people who experienced deceptions in the past will once again trust Trump for his decisive actions," said Mujahid.

Donald Trump receives endorsement from Taliban leaders: “We hope he will win the election.”

Despite the chaos in the country over the Trump administration's handling of the pandemic and protests over systemic racism and police brutality, the Taliban claimed that Trump had been "decisive." Mujahid criticized Biden, on the other hand, and said he was being supported by weapons manufacturing companies. "We think the majority of the American population is tired of instability, economic failures and politicians' lies and will trust again on Trump because Trump is decisive, could control the situation inside the country. Other politicians, including Biden, chant unrealistic slogans. Some other groups, which are smaller in size but are involved in the military business including weapons manufacturing companies' owners and others who somehow get the benefit of war extension, they might be against Trump and support Biden, but their numbers among voters is low," he added.

Donald Trump is endorsed by

MAGAts and Banana Republicans must be so proud!

Another senior Taliban leader told the news channel, "We hope he will win the election and wind up U.S. military presence in Afghanistan." Trump's oft-repeated pitch of "America First" was also praised by the group, who hailed it as a great policy. One that would make sure the USA does not meddle in other country's businesses and lead to America concentrating on its own issues at home. "It is the slogan of Trump from the start that they are not cops for the world and don't want a single flag and anthem for the globe, but their priority is America. When there is no interference by the U.S. in other countries, we believe they are facing fewer threats compared to their aggressive position. Trump has a concrete policy in this regard and it is better for America," Mujahid said. The senior Taliban member added, "Trump might be ridiculous for the rest of the world, but he is sane and wise man for the Taliban."

The endorsement appears to come at a time when Trump has talked about bringing all troops in Afghanistan "home by Christmas" in a tweet recently. This had created quite a confusion within his own administration, many of whom as reported by us claimed did not have a clue of such a plan. Trump's tweet also came into direct conflict with his national security adviser Robert O'Brien's comments, during an event where he said troops in the country would be reduced from the present 5,000 to by 2,500 by next year. Speaking at the University of Nevada, Las Vegas a few hours before Trump's tweet, O'Brien had said, "Ultimately, the Afghans themselves are going to have to work out an accord, a peace agreement. ... It's going to be slow progress, it´s going to be hard progress, but we think it´s a necessary step - we think Americans need to come home."

After 4 years of doing everything he could to curry favor, Trump finally got the endorsement he coveted. A full throated backing by The Taliban.

The Taliban and the Aghan government, under the watch of the United States, are presently negotiating a peace agreement and a power-sharing deal in Doha, Qatar. In 2019, Trump had even made plans to meet the Taliban at Camp David, an offer which Mujahid had said had "stunned" his group. The plan, which divided his inner circle of security advisers and officials, was ultimately canceled, reports The New York Times. It has been 19 years since the US invaded Afghanistan and peace talks have been going on between the various parties since February. Tim Murtaugh, the Trump campaign's spokesman, said they "reject" the endorsement from the Taliban, whom he added, "should know that the president will always protect American interests by any means necessary."

Trump: Endorsed by Kim, Putin, the Taliban and white supremacists...
That say it all.

In a later statement, the Taliban denied endorsing Trump for president, according to a report in The Independent, and claimed that CBS News had misrepresented its words.