Rare 'Singing' Dog, Thought To Have Been Extinct, Is Rediscovered After 50 Years

The singing dog is known to have a unique howl that is similar to the sounds of a humpback whale. 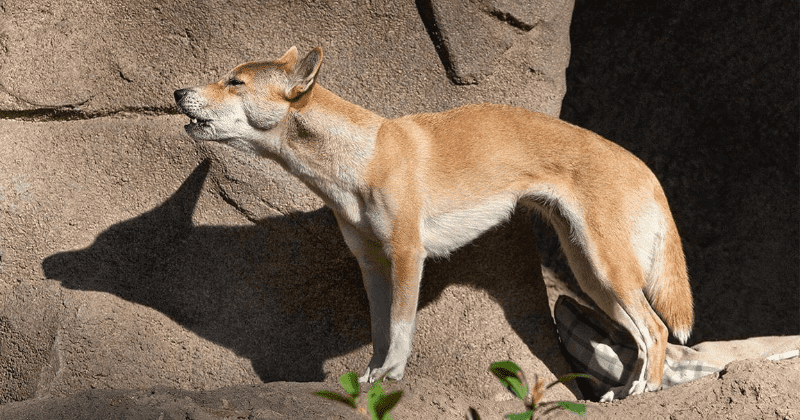 The singing dog from Papua New Guinea, a very rare breed which was was thought to have been extinct for almost half a century, has been found in their natural habitats. These dogs are known for their unique howl which sound like the calls of a humpback whale. The new discovery came to light when a wildlife expedition group found 15 wild dogs in the remote highlands of the western side of New Guinea, mainly known as Papua, in 2016. Another expedition followed in 2018 with an aim to collect biological samples and to confirm whether these highland wild dogs were indeed the successors to the singing dogs. Currently, only around 200 captive singing dogs are known to live in zoos and conservation centers.

The New Guinea singing dog was considered extinct in the wild, but based on DNA collected by an intrepid field researcher, scientists are reporting that the dogs live on. The find may shed light on the still emerging picture of dog domestication. https://t.co/gdAqOfew5j

According to CNN, a research published on Monday in the journal PNAS suggests that a comparison of DNA extracted from blood from three of the dogs revealed they have a very similar genome sequence and are very closely linked to each than any other canine. As per the paper, although the genomes weren't identical, the researchers believed that highland dogs are the wild and the original New Guinea singing dog population, and cited the difference to their physical separation for decades and inbreeding among the captive singing dogs. Elaine Ostrander, an investigator at the National Institutes of Health and senior author of the paper, said, "They look most related to a population of conservation biology new guinea singing dogs that were descended from eight dogs brought to the United States many, many, many years ago. The conservation dogs are super inbred; (it) started with eight dogs, and they've been bred to each other, bred to each other, and bred to each other for generations -- so they've lost a lot of genetic diversity."

Ostrander said the highland wild dogs had a 70 percent genetic overlap with the captive dogs "with the difference likely containing some of the original diversity now missing in the inbred population -- a breed largely created by people." The study also suggested that the dogs were first described in 1897 in Papua New Guinea at an altitude of 2,100 meters and that the dogs were believed to have been extinct even though there were unconfirmed photographs and other anecdotal evidence of the same. The dogs were officially rediscovered in 2016 around the Grasberg gold and copper mine in Papua after precautions were taken to protect the jungle ecosystem around the mine. This turned into a sanctuary where the highland dogs could thrive. James McIntyre, a field researcher and founder of the New Guinea Highland Wild Dog Foundation, headed the expedition that discovered the dogs again. The same team then traveled to a remote, high-altitude region two years later and battled bad weather and collected blood, hair, scat, tissue and saliva samples to aid in their research.

During their journey, the team also took the dogs' measurements, age, weight, and general health and body condition while fitting GPS collars on two animals to study their habits and territorial movements. "New Guinea singing dogs are rare," Ostrander continued, "They're exotic they have this beautiful harmonic vocalization that you don't find anywhere else in nature so losing that as a species is not a good thing. We don't want to see this (animal) disappear." The research has enabled scientists to increase their understanding of dogs even before they were domesticated. Speaking of the discovery, Heidi Parker, staff scientist at the National Human Genome Research Institute, part of the National Institutes of Health, said, "They are in a branch of a tree together with dingos which suggests that singing dogs and dingos and highland wild dogs split off really early. They're much older in terms of dog development." Ostander added: "By getting to know these ancient, proto-dogs more, we will learn new facts about modern dog breeds and the history of dog domestication. After all, so much of what we learn about dogs reflects back on humans."

Wild dogs living near a gold mine in New Guinea might be an actual gold mine... https://t.co/jo3XhRwv4h