After just the first three seasons, Janet Hubert unceremoniously exited the show and was replaced by Daphne Maxwell Reid in 1993. 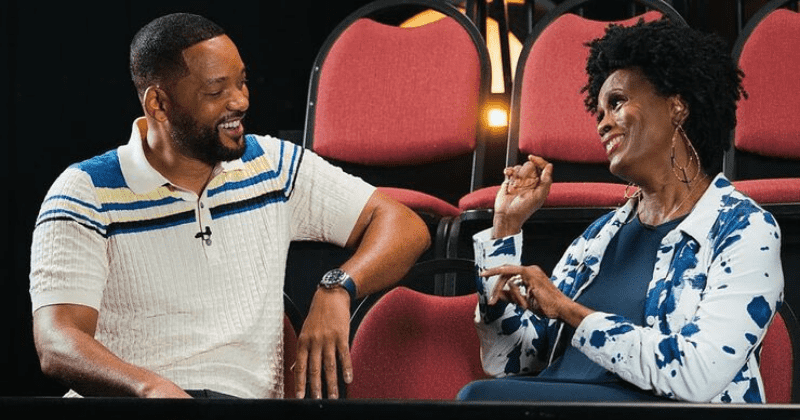 The "Fresh Prince Of Bel-Air" was one of the most popular sitcoms of the '90s and launched the career of future Hollywood star, Will Smith. But behind the scenes and the success of the show, was a relationship of enmity that grabbed the headlines off and on during its run. It was well known that Janet Hubert who played Aunt Vivian and Smith did not see eye to eye. After just the first three seasons, Hubert unceremoniously exited the show and was replaced by Daphne Maxwell Reid in 1993. She blamed Smith for being thrown out of the show. During an interview in the same year, Smith had said, "I can say straight up that Janet Hubert wanted the show to be 'The Aunt Viv of Bel-Air Show' because I know she is going to dog me in the press [...] She's mad now but she's been mad all along."

And not until the next 27 years did Hubert speak out about what exactly was happening in her life and between her and Smith. This was during a reunion of the show on HBO Max recently where Smith and Hubert, had a heart to heart and talked about some very uncomfortable topics, reports EW. Following her exit, she called Smith an "egomaniac" and expressed her anger at being booted out.

“As a family, we have our things that we talk about and then we have our things that we don’t talk about. We never really, together, publicly talk about Janet. And what happened. And, for me, it felt like I couldn’t celebrate 30 years of Fresh Prince without finding a way to celebrate Janet,” said Smith during the reunion episode. In a sign that the two had made up to an extent, they hugged before sitting down and going down memory lane.

The moment Janet Hubert, who played the original Aunt Viv, stepped on the #FreshPrince set and reunited with the cast 27 years after departing the show 🤗 #FreshPrinceReunion pic.twitter.com/ebbrZaFxrX

Hubert asked, “I just wanted to know one thing: Why? You guys went so far. I lost so much. How do we heal that?” Smith said he wanted to know her side of what happened. “You have no idea. It was insane,” said Hubert as she revealed she was in an abusive marriage and was pregnant during the third season. In a separate part of the show, Smith said, “During that time of her pregnancy, I wasn’t sensitive, I wasn’t perceptive, and now that I’ve had three kids I’ve learned some things that I did not know at the time and I would do things very differently. But I can see where I made the set very difficult for Janet.” Janet said life was extremely difficult for her as the wife of a husband who was out of work and a new mother. Speaking about the exit from the show, she said, “I was hurt deeply. When I left the show, I had this new baby and no one. Family disowned me."

She said further, "Hollywood disowned me. My family said, 'You’ve ruined our name.' And I wasn’t unprofessional on the set. I just stopped talking to everybody because I didn’t know who to trust because I had been banished. And they said it was you who banished me. Because you were Will. It was hard.” Smith said he felt “everything was a threat" to him and that he “was so driven by fear.” He added, “I have children. I’ve been divorced and I have a second marriage, and I can see now the level of pain and the level of struggle that it was just for you to show up every day.” Hubert retorted, “But you took all of that away from me — with your words. Words can kill. I lost everything. Reputation. Everything. And I understand you were able to move forward, but you know those words, calling a Black woman difficult in Hollywood, is the kiss of death."

#FreshPrinceReunion I am so thankful for all the love being shown and the understanding. Will and team let me participate in whatever I wanted and felt comfortable doing. After 27 years of disconnect we are all different people. It was great seeing everyone, life is too short! pic.twitter.com/2vwDIgH1lV

She added, "And it’s hard enough being a dark-skinned Black woman in this business. But I felt that it was necessary for us to finally move forward. And I’m sorry that I have blasted you to pieces.” Smith thanked her for sharing and said, “You’re still my Aunt Viv" and ended the episode by apologizing and then embracing.