"We hope this study will inspire a redoubling of efforts to prevent other extinctions,” the lead author said. 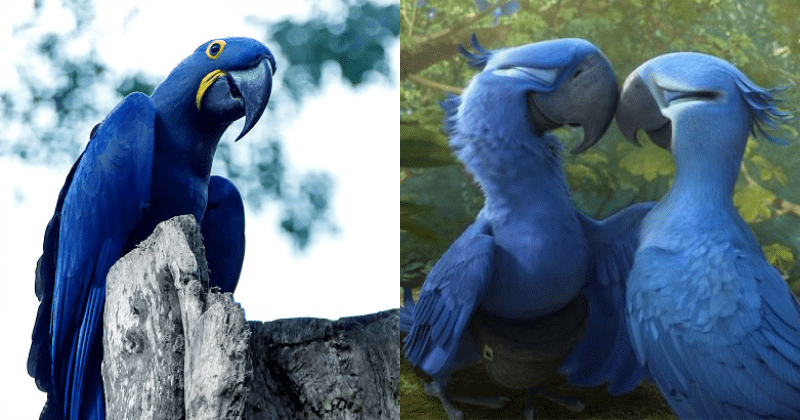 At a time when the world continues to grapple with the pandemic, one can't help but notice how humanity has been responsible for the extinction of hundreds and thousands of animal species. In fact, a recent WWF report even found out that humanity has wiped out nearly 60% of animal populations since 1970.

If you have seen the animated movie 'Rio' and cherished the incredible adventures of Blu, this might hit you even harder. The Blue Macaw Parrot, which inspired the main protagonist of 'Rio', is now officially extinct in the wild. Also known as the Spix's Macaw, the gorgeous bird achieved worldwide fame after the movie focused on a charming parrot named Blu who travels thousands of miles to save his species. It's quite sad and coincidental as even Blu believed that he was the last one remaining of his species. Now, it looks like his nightmare has come true. And who is to be blamed for this? No points for guessing -- it's us. Humans.

The tragic end to this species was confirmed by a report from BirdLife International that found that the Brazilian bird is now officially extinct in the wild. The report noted that the reason for the Spix's macaw's disappearance from its natural habitat was due to deforestation. The study assessed 51 species that were under the “critically endangered” category on the International Union for the Conservation of Nature’s (IUCN) red list. The researchers analyzed the search efforts and the validity of sightings of species that are on the brink of extinction.

"Ninety percent of bird extinctions in recent centuries have been of species on islands," Stuart Butchart, BirdLife's chief scientist, and the paper's lead author said. "However, our results confirm that there is a growing wave of extinctions sweeping across the continents, driven mainly by habitat loss and degradation from unsustainable agriculture and logging." The WWF report also noted that although Blue Macaws are extinct in the wild, at least 60 to 80 Spix's macaws still live in captivity.

Pleas from the high-spirited film, Rio, for humans to care about the Spix's macaw may have come too late. As of a few days ago, the Spix's macaw has been declared extinct in the wild. Human interference in their native lands proved to be too much for this little blue macaw. pic.twitter.com/XYzru1l3NJ

“People think of extinctions and think of the dodo but our analysis shows that extinctions are continuing and accelerating today,” he told Guardian. “We’ve got limited conservation resources so we need to spend these wisely and effectively. If some of these species have gone we need to redirect these resources to those that remain. Obviously, it’s too late to help some of these iconic species but because we know birds better than any other taxonomic class we know which other species are most at risk. We hope this study will inspire a redoubling of efforts to prevent other extinctions.”

The blue parrot Spix’s macaw from the movie #Rio is now officially extinct in the wild due to deforestation. pic.twitter.com/PGbBCwTmky

And not just the Blue Macaw, the study also noted that 7 other birds had become extinct due to deforestation and incessant human interference. This includes the poo-uli, the cryptic treehunter, the Pernambuco pygmy-owl, and many other bird species.

Apparently, humans had many years to save the vibrant blue species from going extinct. The warning signs were already made public in the 1980s when author Tony Juniper penned a book called "Spix's Macaw: The Race to Save the World's Rarest Bird" to raise awareness about the conservation. Time and again, it's become evident that humans don't comprehend the need for conservation of biodiversity until push comes to shove -- however this time, the damage has already been done.