Man Who Worked At A Gas Station As A 5-Year-Old To Support Family, Is Today America's Top Surgeon

Dr. Alfredo Quinones-Hinojosa had humble beginnings in the village of Mexicali in Mexico 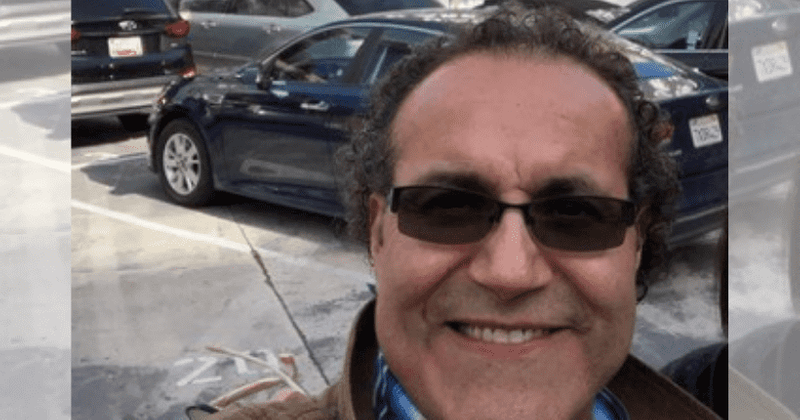 It's amazing what people can achieve if they are determined to go after what they want even in the face of adversity.  Their hard-won success is that much sweeter and extraordinary. One such person is Dr. Alfredo Quinones-Hinojosa, who is one of America's top brain surgeons and researchers. He had a humble beginning; he started off as a farm help and foreman. From the village of Mexicali in Mexico, Dr. Q, as he is fondly known had won many fellowships during his early student years. He graduated from the University of California, Berkeley, and studied neuroscience at the Harvard Medical School. Following which he did his residency at the University of California, San Francisco, and presently works at the John Hopkins University as the William J. and Charles H. Mayo professor and chair of neurologic surgery at Mayo Clinic in Jacksonville, Florida.

Dr. Alfredo Quinones-Hinojosa was a migrant farmworker in California before making his way to Harvard Medical School and ending up in Jacksonville. https://t.co/5UqTfxneXb

The oldest of 6 children, life was hard for the family who lived in a two-bedroom house in the middle of nowhere. His father worked at a gas station, and sometimes, the family would not even have enough food to eat. "I used to go out in irrigation canals and catch crayfish and shrimp. I remember standing on the roof of our house, looking at the stars, and thinking I wanted to be an explorer," Dr. Q told Brain & Life. Meanwhile, he never gave up on his education. He thrived at the local school and even got a teaching license from a community college. He continued to earn a living as a laborer and would travel to San Joaquin Valley in California, harvesting cotton and tomatoes. "I was able to drive a sophisticated moving picker with all kinds of sharp blades," he said.

"I used to sit there like an astronaut, using my feet to control the machine," added Dr. Q who eventually became a foreman for a railway company. By 19, he permanently moved to California like many of his family members. The doctor knew there was much more out there for him. But things would not have been fast-forwarded if not for an accident while working at his job when doing some repair. He survived the life-threatening ordeal without any major consequences and but had an epiphany of sorts after it. "That accident taught me that I wanted to care for other human beings. To do that, I realized I would need to resume my education." While still working, he enrolled in English classes at a local community college. He eventually got a scholarship to UC, Berkeley to study psychology.

As a child, Dr. Q would regularly pick up a comic book called Kalimanm, el Hombre Increible (Kaliman, the Incredible Man) from the local convenience store. He was particularly drawn by the protagonist's powers: scientific knowledge, fast healing, and telepathy, and would devour every issue. The comic had a significant influence on Dr. Q. "Kaliman used meditation and psychic powers to travel through space. He was kind and good. He fought for people who had very little. He was a scientist. When I was a kid, I thought I was Kaliman. No question about it." Years later Dr. Q is no less a superhero trying to rid the world of one of the most lethal brain cancers, glioblastoma multiforme (GBM). At Brain Tumor Stem Cell Research Laboratory, Mayo Clinic, he and his team are trying to find a cure using stem cells.

Join us TONIGHT at 7pm EST for a conversation with Dr. Alfredo Quiñones-Hinojosa regarding his journey from migrant field worker to leading neurosurgeon (and lessons learned along the way)!

"We are trying to unravel the mysteries of brain cancer migration. Every patient becomes a part of something much bigger, helping to find a cure for cancer in general. Our lab is working to arm cells from the body to fight cancer," he said. He is also the founder of the non-profit, Bridging Resources and Advancing International Neurosurgery (BRAIN). The organization provides help in the area to people around the world where there are no resources. "God gives people hope and allows me to find cures through science. I want to change the world, and I want to find a cure for brain cancer. And I want people to get care regardless of the color of their skin or their faith," said Dr. Q whose life is being made into a biopic helmed by Brad Pitt's production company, Plan B. He has already featured in the Netflix show, The Surgeon's Cut.