Tickets for the special and limited screenings nationwide are aptly going on sale starting Friday, August 13. 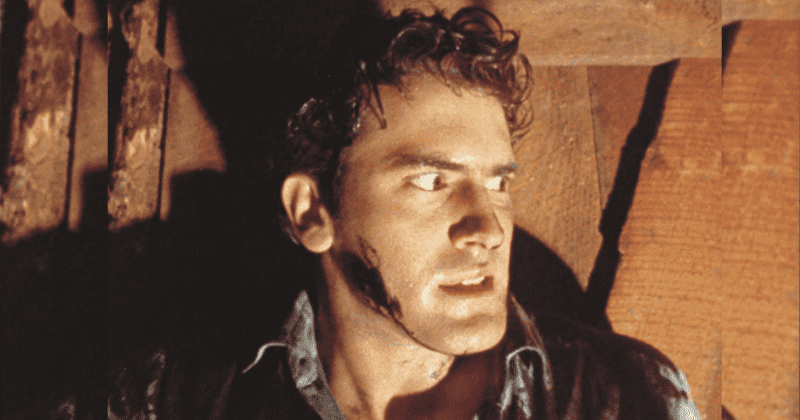 Fans of Sam Raimi’s 1981 cult-classic horror movie, The Evil Dead have reason to rejoice now. On the occasion of the movie's 40th anniversary, it has been confirmed that it will be back in the theaters this October. Halloween will certainly feel different this year with the return of the classic horror film. Fathom Events and Grindhouse Releasing are coming together to bring the special and limited screenings nationwide. Bruce Campbell himself, who portrayed the film’s iconic lead character, Ashley “Ash” Williams, will be delivering an exclusive introduction to audiences. Additionally, Lionsgate Home Entertainment will be releasing a collectible box set of the film franchise including the two films and the three seasons of Ash vs The Evil Dead.

The movie will hit the screen starting October 7 at 7:30 p.m. (local time.) Tickets for the screenings are aptly going on sale starting Friday, August 13. You can get the tickets here when sales begin. “We are thrilled to give horror fans the opportunity to gather together and celebrate the 40th anniversary of Sam Raimi’s cult classic The Evil Dead,” Fathom Events CEO, Ray Nutt said. “Let’s kick off the Halloween season with the film that started an amazing franchise.” Grindhouse Releasing co-founder Bob Murawski, who has edited many of Sam Raimi's films said, "We are proud to present this special 40th-anniversary screening of Evil Dead with Fathom Events."

He added, "The original film has always been my favorite of the series. It is truly one of the scariest and wildest horror films of all time. I’m thrilled that a new generation of fans will have the chance to experience it in the way I first did – on the big screen with a screaming audience!”

The Evil Dead gave us many horror tropes like the cabin in the woods, reading Latin aloud to revive evil spirits among other signature horror movie necessities. It follows the story of Ash Campbell, his girlfriend Linda (Betsy Baker), his sister Cheryl (Ellen Sandweiss), and couple Scotty (Hal Delrich) and Shelly (Sarah York), who drive to a remote cabin in the woods for a fun getaway. But the fun doesn't last that long after they find the Necronomicon Ex-Mortis aka "The Book of the Dead." This is an ancient tome whose text reawakens the dead when read out loud. They unintentionally release a flood of evil and must fight for their lives or become possessed.

Even though longtime fans are excited about the 40th anniversary, Campbell is of that we're well past marking that special occasion. "I would not call it the 40th anniversary, I would call it the 42nd anniversary," Campbell told Entertainment Weekly in an interview. "There's always a difference between when the movie actually got shot and when it came out. And with Evil Dead, it was about two or three years difference, because we filmed it in 1979, so we're coming up on 42-odd years later. But it's fun to celebrate it!" He even shared the best way for a new generation of viewers to watch the film.

"If you have not seen it, not much will prepare you for it! It is an unrated movie, so you have to be prepared for that," Campbell said. "There are elements that some people would find very disturbing. So I would say it's not for the faint of heart, but those people who like it, really like it." The Evil Dead has never been more alive. Next year, we are getting Evil Dead Rise, written and directed by Lee Cronin and The Evil Dead game is also set to release next year. Campell will not be appearing in the adaptation film he will be featured in the game.