Ellen DeGeneres Show Under Investigation After Workplace Complaints By Employees

According to an earlier report by Buzzfeed, former employees alleged that there is a "toxic work environment" behind the scenes of the popular talk show 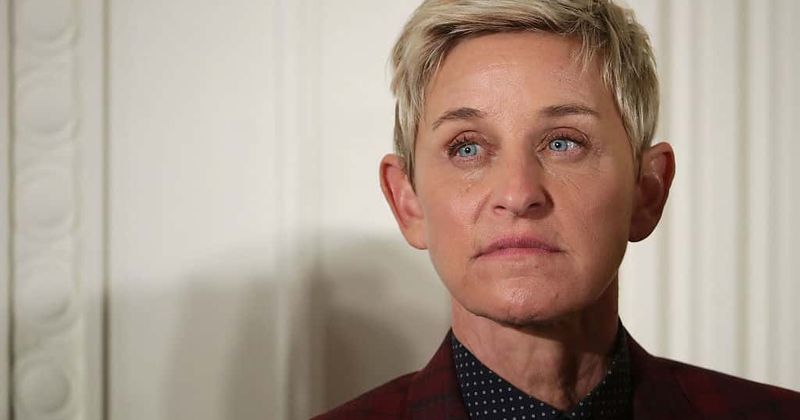 Ellen DeGeneres' famous talk show has made the news several times through its long runtime history. Several eminent TV and cinema personalities have had a ball of time chatting with Ellen amidst a cheerful audience. However, of late, the show and Ellen herself has been getting some bad publicity, particularly due to the complaints generated by several of the show's employees. According to Variety, The Ellen DeGeneres Show is reportedly under internal review after multiple allegations from former staffers about the show's toxic workplace environment. Though this is an investigation into the show itself, there are no specific allegations made against 62-year-old DeGeneres who has been the program's host since 2003.

We previously reported that during late April, as the world was in a frenzy over the coronavirus pandemic, Ellen came under heavy fire on social media after reports emerged that she called for a 60 percent reduction in pay for her crew members.

The Hollywood Reporter stated on Monday that The Ellen DeGeneres Show will undergo an internal investigation by WarnerMedia. Representatives for the show and Warner Bros. Television both declined to comment explicitly on the issue. According to the outlet, Telepictures and Warner Bros TV executives sent a memo to the show's former staffers last week. They announced that they have engaged WarnerMedia's employee relations group and a third party firm into this probe.

I saw that picture to I don’t know if it was legit. It appears from all the stuff I’m reading those she has hired to run things are quite deviate. And the blame following up on her is that she stayed isolated while those she hired terrorized.

Current and former staffers will soon be interviewed about their experiences on set. The memo sent by executives cited several articles from the past 6 months as the reason for the workplace investigation. Earlier in July, BuzzFeed News also published a report which detailed several former employees' complaints where they alleged that there is a "toxic work environment" behind the scenes of the talk show. One current and 10 former employees gave their testimonies anonymously about their experiences on set. There were claims of being penalized for taking medical leave, instances of racial microaggressions, and fear of retribution for raising complaints, or even concerns of problematic language.

It's a start. But at this point it only states its investigating working conditions on set. Such as claims regarding intimidation and racism. That's the least of this womans crimes. Investigate the children!!

The show's executive producers Ed Glavin, Mary Connelly, and Andy Lassner said in a statement at the time that they take full responsibility for daily operations on the show. "Over the course of nearly two decades, 3,000 episodes and employing over 1000 staff members, we have strived to create an open, safe and inclusive work environment," they said in a joint statement to BuzzFeed. "We are truly heartbroken and sorry to learn that even one person in our production family has had a negative experience."

"It’s not who we are and not who we strive to be, and not the mission Ellen has set for us," they added. "For the record, the day-to-day responsibility of the Ellen show is completely on us. We take all of this very seriously and we realize, as many in the world are learning, that we need to do better, are committed to do better, and we will do better."

The report by BuzzFeed also went on to state that ex-employees of the show claimed that Ellen's "be kind" attitude is "all for show". One former staffer went on to say that she recalled racial remarks by co-workers over her hairstyle. She claimed that a senior-level producer told her and a fellow Black employee: "Oh wow, you both have box braids; I hope we don’t get you confused," according to the outlet. She also said that a writer joked to her, in front of others, that they only remembered the names of white staffers.“I feel like I’m not alone in this,” she said. “We all feel this. We’ve been feeling this way, but I’ve been too afraid to say anything because everyone knows what happens when you say something as a Black person. You’re blacklisted.”

“I feel angry about the way I was treated, and I am always going to stand up for Black, Indigenous, Latino and Asian people, regardless if they’re around,” she added. “I can’t not say anything; I’m not going to stop talking.”

Not the best news for Ellen et al. #EllenDeGeneres https://t.co/R7O6y137R6