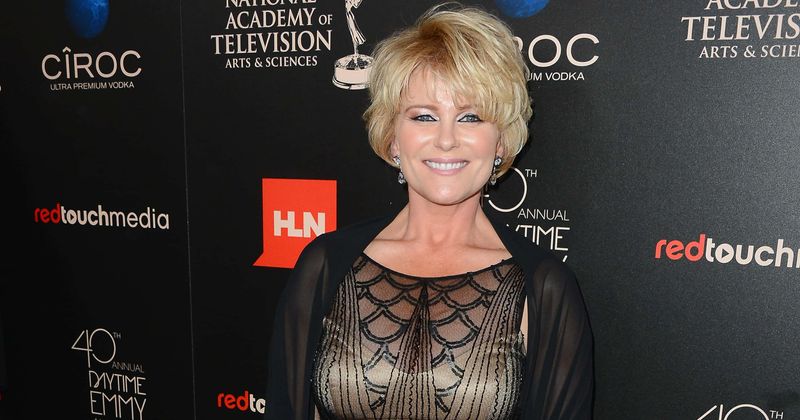 Judi Evans suffered severe injuries and has had to make her way to the hospital. Soap Hub reports that The Days of our Lives star was out with her horse on a trail in Los Angeles on Saturday when the horse started nipping at her feet according to her rep. She was reportedly being followed by a few men she didn't know. Perhaps her horse sensed something wasn't right. She then got on her horse and took a different route. The horse seemed stressed and the bolted, leaving Evans to fall backwards leading to severe injuries.

The Daytime Emmy-winner’s rep listed out her injuries. Evans suffered a broken collarbone, seven broken ribs, two chipped vertebrae, and a collapsed lung from blunt force trauma. Evans didn’t lose consciousness after her fall and thankfully some other riders came along, spotted her in distress, and called for help. An ambulance came and brought her to a hospital. Right now, the actress could use some good thoughts and wishes for a speedy recovery.

According to Soaps.sheknows.com, the actress has often found solace in and joy in horseriding. She attributes therapy to helping her heal especially after her son Austin Michael Luciano passed away in December 2019. Austin was 23-years-old and had just graduated from the University of Arizona. Her son had appeared on Days of our Lives in 2005 as a child at the hospital and on Another World, where Evans played Paulina Cory McKinnon Carlino, as Dante Carlino from 1997 – 1999. The actress at the time was grateful for the love and support she received from fans during the difficult time. On December 23 Judi Evans posted a note on Twitter: I just want to take a moment to thank everyone for the tremendous outpouring of love and support and prayers….Michael and I have been very touched and uplifted. Much love to all…

I am so sorry to hear about the loss of your son Austin. My deepest heartfelt love and condolences for you and Michael. 💗

Dustine Ardine wrote on Facebook:  I am so sorry to hear the tragic news that my friend Austin Michael Luciano has passed away! I acted with Austin Michael Luciano and his mother Judi Evans in the upcoming film "I am not for Sale: the fight to end human trafficking". It was such a pleasure to be onset with both of them everyday. Had loads of fun with Austin on set and kept in touch both him and Judi after filming wrapped. I am so saddened to hear this news! My heart and prayers goes out to all of Austin's family and friends. I feel so blessed to have meet him and be able to call him my friend. Rest In Peace my friend! Evans’ longtime publicist and friend Howie Simon also stated on Facebook: My longtime friend, client and colleague Judi Evans Luciano called me Saturday and gave me some heartbreaking news that her 23 year old son Austin Michael Luciano had passed away Friday. Cause unknown. I’ve known Austin since he was just a little boy. He would always accompany his mom Judi (Days of our Lives) on many red carpet events and charity functions. He was always the “plus one” to his mama but he was the one shining on the carpet. He especially loved the ESPY after Party I would help coordinate with Celebrity Sweat the last 7 years and he’s always have the chance to meet his favorite MLB, NBA, WWE or NFL celebrity! He was always grateful and his smile was his trademark and of course he shared his mother’s wicked sense of humor along with me.

When the actress isn’t working, she works off it by selling cemetery plots. In her blog she revealed, “As much as I love acting, and I do, it brings me a great deal of pleasure to interact directly with people and also help them along life’s journey.” The actress isn't available for interviews as of now. She won't be able to comment on her situation, her work, her private life, but fans can send some love on her Twitter page. We wish her a speedy recovery!