The 40-year-old teacher already had a pending charge of soliciting sex from a 15-year-old in another county. 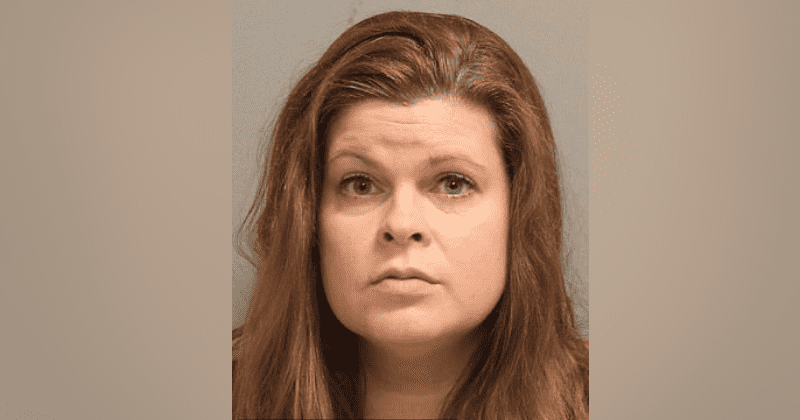 An ex-teacher from Texas has been sentenced to 20 years in jail after admitting to having sex with a teenage boy, 15, and forcing a teenage girl, 13, to have sex with the boy. Leticia Lowery, who hails from Montgomery County in Texas, reportedly ordered the teenage girl to perform a sex act with the boy in her car as she watched. She then proceeded to drive the boy to her home where she had sex with him in an incident in November 2019. The forty-year-old ex-teacher pleaded guilty to charges of second-degree sexual assault of a child and first-degree performance by a child, on Tuesday, reported People. Montgomery County Assistant District Attorney Laura Bond appreciated the former teacher taking the plea deal as it "prevented the children involved that she victimized and sexually assaulted from having to testify."

#HCSO investigators charged Leticia Lowery w/ online solicitation. She was communicating with a 15-year-old over a phone app. Investigator found videos & photographs containing sexually explicit content that was sent to the victim from her phone – https://t.co/q7OgugLZPm #HouNews pic.twitter.com/fL7mqK7z4Z

Lowery did not teach at a school but ran a private tutoring business out of her home. According to court documents, Lowery had asked the unnamed teenagers to enter her car outside the teenage boy's home. She then instructed the girl to perform a sex act on the boy as she watched. The scared teenage girl followed the orders of the 40-year-old teacher. Lowery then dropped off the girl at a friend's house for a birthday party before driving the boy back to her place where she reportedly had sex with him on the couch. It was the teenage boy's mother who suspected that the relationship between her son and the teacher was sexual in nature. She alerted the authorities that she suspected them of having an inappropriate relationship. The Harris County police asked her to monitor his cell phone and she reportedly found messages between the pair that were "sexual in nature," reported ABC 13.

The boy's mother confronted him about the messages and he reportedly admitted to having sexual intercourse with Lowery at her home on November 1, 2019. "Lowery has been a teacher and a private tutor with several places of employment over her years in education. She took advantage of her access to children to manipulate her victims and use them for her own sexual satisfaction," said the Montgomery County District Attorney in a statement.

Laura Bond highlighted the case as an example to highlight the trauma a boy can undergo, which is often trivialized. "I think oftentimes when people hear about offenses that are committed by a female against a male child, people tend to minimize it but the effect on the child is still the same," said Bond, reported Click2Houston. "Her taking responsibility and preventing 20 years in prison is a statement on the fact she knew what Montgomery County and the community and jurors would've sentenced her," Bond continued. Lowery was arrested by authorities in Montgomery County, which is on the outskirts of Houston, last November. She was released on a $10,000 bond. She had been convicted of a few charges in Montgomery County and it came to light that she had a pending case in nearby Harris County, where she reportedly solicited a 15-year-old boy for sex. She has been charged with Online Solicitation of a Child in that county and faces trial next year. She hasn't pleaded guilty in that case.

“When a defendant commits a sexually related offense against a minor at the same time they are facing felony charges in another county for similar conduct, you can be assured that the only thing that will stop them is a lengthy prison term," said District Attorney Brett Ligon, in a statement. "Fortunately, we were able to do just that in this case.”