This heartwarming story of a Texan ranger helping an old lady in need restores your faith in humanity. 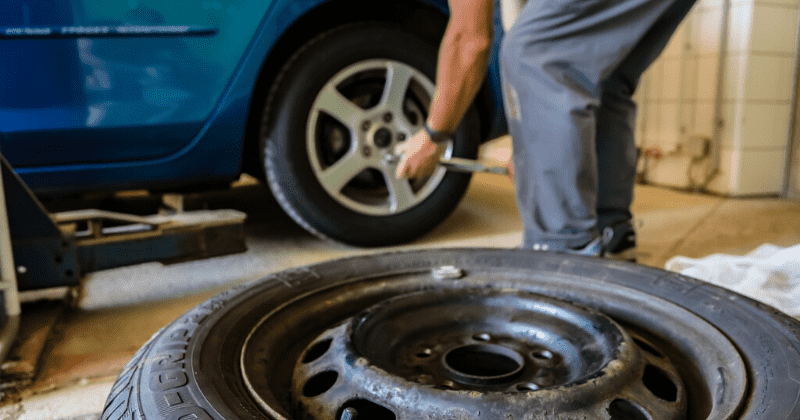 The last few months have been terrible, exacerbated by the civil unrest in response to the death of George Floyd, as the pandemic continues to wreak havoc in the background. It has been such a strange period that the country is both coming together and falling apart all at the same time. In the midst of all the chaos, we've seen glimpses of the true human spirit shine brighter, giving us a break from the toxic news cycle. In this case, we have the story of a Texas trooper and a 92-year-old lady who have come together in a genuine show of kindness, reports KHOU.

When a stranger overheard a 92-year-old woman say she couldn’t afford desperately needed replacement tires for her car, he did something. Need some good news? Watch all of 🎥 Ryan Phillips and my story on https://t.co/wn76sHWlDj #KHOU11 pic.twitter.com/xe5MOMzrQX

Just this week Mary Summers drove into Integrity Tires in Richmond, Texas after one of her tires picked up on a nail. Omar Oregueda, the mechanic attending to her, realized that it wasn't just the one tire, but all four were badly damaged. "The tire on her vehicle wasn’t repairable and the other tires were shot,” Oregueda said, recalling the incident. "They were already completely destroyed." All four tires were cracked with barely any tread for support making it unsafe for driving. The video captured from inside the store shows the mechanic relaying the bad news to Summers, stating a change of tires would set her back by $600.

What a selfless act of kindness! This world definitely needs more of this display of generosity, especially in these times

The 92-year-old could not afford such a massive expense. "I said, 'Well, I can’t do all the tires. I can just do the one,'" she said. "'Just tell me much the one is going to be.'" As the old lady and the mechanic continued their exchange, a Texas Department of Public Safety trooper who was seated a few meters apart, listening to the conversation as he waited for his oil change to be finished. Struck by the helpless nature of the woman, the trooper's face reportedly contorted as he deliberated on what he should or could do. He stepped up, walked up to the counter, and left. Oregueda then went up to Summers and told her all of the tires would be replaced. "He said, 'They’re paid for and everything.' And I said, 'Who paid for it?' And he said, 'The trooper that was in here.' And I can hardly talk about it now because I want to cry because he did that. And he did it, and he left, "Summers recounted.

The video reveals the woman take a seat overwhelmed by the gesture as she reportedly played the incident in her mind. KHOU later tracked the trooper down to collect his thoughts on the matter. When asked about his gesture, Drew Stoner said he wasn't looking for attention but said it was something in his gut that told him he had to do it. Narrating his frame of mind and why he decided to pay for the tires, he said: "I’m thinking, 'What if she goes out on the road and a tire goes out on her (or) kind of falls apart on her, and she’s on the side of the road?'”

That’s Texan, through and through

The story didn't end there either. Reportedly, the trooper and the old lady came face to face through a surprise meeting."I’m just so thankful for you, and I’m so proud," Summers told him, according to KHOU,  after they hugged and chatted. "I’m proud to meet someone that has a heart that big. I just love you to death." Stoner's act of kindness touched others involved too and Oregueda reportedly did a free oil change for Summers. Speaking after the incident, the mechanic said: "For a stranger to take care of another stranger like that ... let’s all just take care of each other. That’s what it’s about.” The video and the subsequent interview have been viewed more than 15k times on Twitter, with people coming together to appreciate the kind gesture the state trooper bestowed upon the 92-year-old.