Texas To Introduce Cursive Writing In Elementary Schools, Follows Other US States

Cursive writing classes will begin in Texas schools in September this year after the State Board Of Education updated its Education Code in 2017. As many as 18 states have either already introduced the same or moved to introduce it. 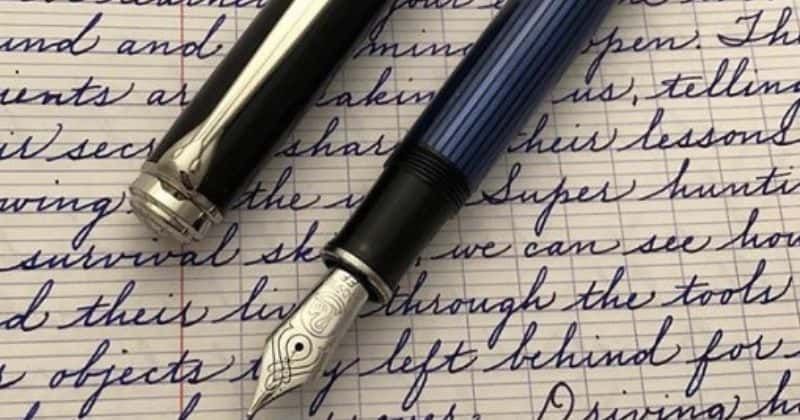 At a time where handwriting has become rare and less in schools, many states in the country are going back to cursive writing. Schools in many US states have either made plans to or have already introduced cursive writing as a part of the curriculum in their elementary schools. Texas is the latest state to do so, and they will begin the first lessons in the 2019-20 school year starting in September reports WCNC. Most of the districts in the state don't currently teach cursive. However, in 2017, the State Board of Education updated the state's Education Code.  One of these changes relates to reintroducing cursive writing into classrooms. This will start in 2nd grade and by the time a student reaches 3rd grade, students will be expected to be able to "write complete words, thoughts, and answers legibly in cursive writing leaving appropriate spaces between words." In the 4th grade, students will be expected to “write legibly in cursive to complete assignments.” This will continue even in the 5th grade. A People report stated that although cursive has been a part of the education standards in the state for years, the changes will put an “added emphasis” according to a spokeswoman for the Texas Education Agency, a branch of the state government of Texas in the United States responsible for public education. The changes reflect new science which shows a positive correlation between handwriting and memory.

Nay Roach, a 4th-grade teacher at Sam Houston Elementary School, said, “I’m from the old school, but with government documents and contracts and things like that, you need your cursive signature,” According to another Texas resident, Mark Brassfield, signatures are often used by institutions to detect irregularities. He added, "Everybody writes cursive differently from others and that’s how they detect problems." At least 18 states have moved to re-introduce cursive writing since 2016 with 14 of those states being located in the South.

Katrina Erickson, of curriculum provider Learning Without Tears, said, "Studies have shown (it) to improve brain development in the areas of thinking, language and working memory as well as stimulating the brain. Writing by hand helps to tie that content to their memory for faster, more efficient and stable recall later on." There is still disagreement about the usefulness of cursive writing in 2019, however many have spoken out in support of the changes. According to the WCNC report, Diane Schallert,  a professor with the Department of Educational Psychology at the University of Texas at Austin, said, "In first grade, we learned only cursive. We never learned to print."

She added, "With language comprehension, there's this reciprocity between producing and comprehending. By seeing the letter being formed slowly at your control, you're considering its sound-symbol correspondence.  There's only so much time in the day. Whatever you decide to put into the curriculum, you're deciding to take something out. It's a big decision to decide to exclude it or include it. That's hard." According to CNN, in 2016, Alabama passed a law that brought about the requirement of cursive writing in classrooms. That same year, Louisiana passed a law that also introduced cursive writing. Others states that followed suit were California, Arkansas, Virginia, Florida, and North Carolina to name a few.