The couple, who were together since high school, died just moments apart from each other. 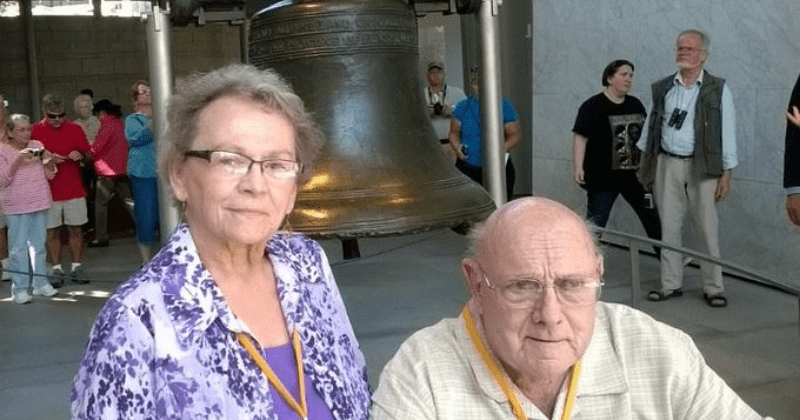 A married couple who were together for over 53 years has died just moments apart, holding each other's hands due to the Coronavirus. Curtis and Betty Tarpley, highschool sweethearts from Fort Worth, were reportedly diagnosed with COVID-19 early in June, reports Daily Mail. The duo was 80 and 79 years old respectively. As per reports, the couple was allowed to spend their last few minutes on earth at the Texas Health Harris Methodist Hospital in Fort Worth, thanks to the helpful hand of a medical staff named Blake.

Together in life and together in death, a pair of high school sweethearts from Texas who had been married for 53 years died from coronavirus side-by-side, holding hands. https://t.co/Xi64bz44lT

Talking about his parents to CBS DFW, Tim Tarpley said, "My parents are just normal people, but now the whole world knows their story." Tarpley shared that it was his mother who was first sent to the hospital post the diagnosis with his father following soon after. The mom reported called her son in to prepare him for the moment as she expected it to arrive soon. Recounting the incident, Tarpley said, "My mom called me and said, "Hey, I just want to let you know, I'm ready to go…" I yelled and screamed, and thought maybe if I talked to her I could inspire her to have one last bit of will to live." Tarpley then called his father to let him know. "He said, "how's your mom?" I said "Not good. She may not make it past tomorrow," and it was like, at that moment knowing that my mom was going to go, it was okay for him to go,' he continued.

Rest in peace. Curtis and Betty Tarpley were high school sweethearts who had been married for 53 years. https://t.co/S3LApbWN24

The son was all praise for the medical staff who helped arrange for their final moments to be spent together and said it was somewhat peaceful because of his help. "It was some doctor or nurse named Blake… that's all we knew about it him," he said. "He really went out of his way to get my mom moved from her room to his room. And then they just placed their hands, near each other, and next thing we know they grabbed each other's hands. And that's how they went." Tarpley has first-hand seen the impact of the virus and he appreciates the medical staff working tirelessly to help people through this challenging time."There's still so many, you know, unseen heroes that like to help facilitate their ending,' he said. This comes in the wake of Texas Governor Greg Abbot pushing the reopening date for his state indefinitely as the spread of the virus only continued to increase in recent weeks.

I pray nightly that when my husband of nearly 50 years dies, I want to go with him. He has stated on many occasions that he feels the same way.

This is the second such story of a life-long couple breathing their last within a short span of time. Back in May, an elderly couple from Maryland, Lawrence Nokes, and Minnette Nokes passed away within weeks of each other. Nokes, 69, was working at Pleasant View Nursing Home at Mt. Airy Maryland at the height of the coronavirus pandemic, taking up the responsibility to tend to over 95 residents admitted at the hospital, of which 84 were positive for the virus. After contracting the virus himself in the line of duty, Nokes was admitted to Carroll Hospital Center, hooked up to a ventilator, and administered into a coma to reduce the discomfort. He woke up from his coma 11 days later only to find that his wife of over 24 years had passed away because of the virus. Things slowly began to deteriorate for Nokes and he even urged to medical staff to not resuscitate him if he went under.

Remembering the incident, Nokes' stepdaughter and Minnette's daughter, Carrie Kelley, told The Washington Post, "He was brokenhearted. He did any and everything for my mother, so this — it took its toll." Kelley was also angry at the hospital because it was his work there with so many positive patients that caused his family's quick death.

Texas high school sweethearts who had been married for 53 years die from the coronavirus just moments apart https://t.co/YcMBohLWFt