Texas recently banned abortions after six weeks of pregnancy, with no exceptions for rape or incest. 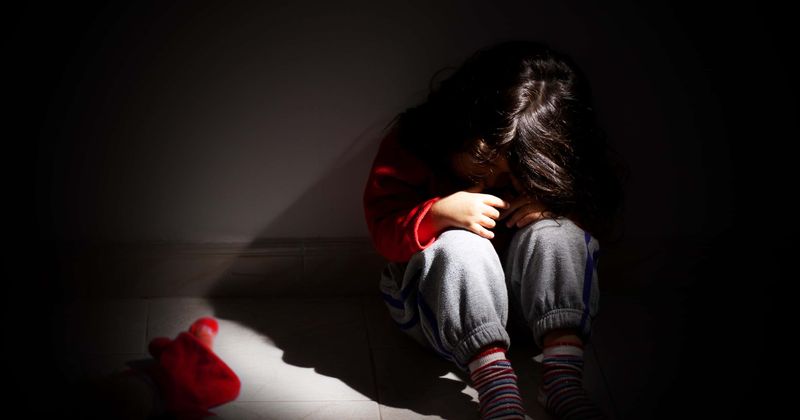 Texas Gov. Greg Abbott recently signed a law banning abortions after 6 weeks with no exceptions for rape or incest. Most women do not even know they are pregnant at six weeks. According to BBC, the law plans to ban abortions after the detection of what anti-abortion campaigners call a fetal heartbeat. According to medical authorities, this is misleading. If not stopped by the court, the heavily criticized law will take effect in September. "Our creator endowed us with the right to life, and yet millions of children lose their right to life every year because of abortion," Governor Abbott said at the ceremony, which was broadcast live on Facebook. "In Texas we work to save those lives." Many critics were quick to point out how politicians want to save an unborn child, but don't want to save millions of living  Americans. chillipadimum tweeted: Wish you cared about actual living Texans as much as you profess to care about fetuses. JUiCEY_K0UTURE added: they don't even care while the baby is in utero. Whose going to cover the medical bills/transportation cost for these babies? Not Texas.

Force women to give birth but not expanding Medicaid or childcare. That's the Texas GOP way.

We also have 10s of thousands of foster kids with not enough families to take them. Kids sleep on office floors at CPS. We aren’t prepared for this. Children need to be cared for before we introduce thousands more unwanted pregnancies. Texas is a MESS because of the @TexasGOP!

Recently, a 13-year-old girl was raped by her grandfather. According to Insider, the young girl got pregnant and couldn't get an abortion close to home in Texas, where abortion access is already limited. On a drive for a few hours, she finally got to Planned Parenthood Center for Choice in Houston. Dr. Bhavik Kumar told Insider, "While politicians pass these laws in faraway buildings, we actually see these people, we take care of them. There are people depending on us. They have names. They have families. And their ability to access care will make the world of difference to them." Speaking of the survivor of rape, he said, "She shouldn't have to be dealing with any of what she's dealt with, but when I think about if a law like this were to go into effect and she wasn't able to access abortion, if that's what she had chosen, then what would her life be like? How different would it be?" Kumar said. "It's difficult for me to think about that, to have that choice robbed from somebody." Talking about another incident where a 17-year-old was roofied at a party, he said "They decided not to be pregnant. They didn't even make the decision to have sex. So this [law] would not give them any options; it would force them to carry that pregnancy," Kumar said.

As oppressive laws are enacted, we rarely hear personal stories about the impact these regressive actions have on real people’s lives. Why is that?https://t.co/IAjytUQLUt

Drucilla Tigner, the policy and advocacy strategist at the ACLU in Texas, told the Austin-American Statesman that the new regulations violate federal law. "Not only does this ban violate more than half a century of Supreme Court case law, it paves the way for anti-choice extremists to use our court system to go after anyone who performs abortions or considers supporting a person that has one," Tigner said. "But make no mistake, abortion is both legal in Texas and supported by the majority of Texans. The governor's swipe of a pen can't change the Constitution."

What's more shocking is that the law is also unique in giving any individual the right to sue doctors who perform the procedure. Elizabeth Nash, principal policy associate at the Guttmacher Institute, said the civil action created through the law is "uniquely cruel." “By allowing anyone, anywhere to sue people involved in providing or obtaining an abortion, this ban would open the floodgates for frivolous lawsuits, bury clinics under court cases and legal fees, and make it difficult for providers to remain open," Nash said in a statement. “This ban in Texas is clearly about controlling pregnant people’s bodies and preventing them from making decisions about their lives and futures.”

Abortion is never about “life” and always about power

Many people on Twitter also pointed out the hypocrisy of politicians, who claim to care about human lives when enacting an abortion ban but would also give the green signal to execute a man.  Quintin Jones, 41, had been convicted of killing a great-aunt in 1999. His case had garnered national attention as his family pleaded for clemency.  According to The New York Times, he was the 571st person to be executed in Texas and the first in the state in nearly a year. He died by lethal injection, with no reporters around.  Jones had exhausted his appeals in court and had recently pleaded to Gov. Greg Abbott for mercy. Wasn't Jones's life worthy of being saved or is that reserved only for the unborn?

“If you’re listening to this, I’ve probably been executed already.”

2 weeks ago, when I visited Quintin Jones on death row, he recorded these last official words—of gratitude and compassion with a bit of his trademark humor. I hoped never to have to share them, but here we are. pic.twitter.com/VQDbUgaK3z

No small irony that on the same day Quin was executed, @GovAbbott signed the most restrictive anti-abortion bill in the country. “In Texas, we work to save those lives,” he said of the heartbeat bill. But to be truly pro-life is to believe that all life is precious and sacred.