The rape began when the girl was 14 years old. 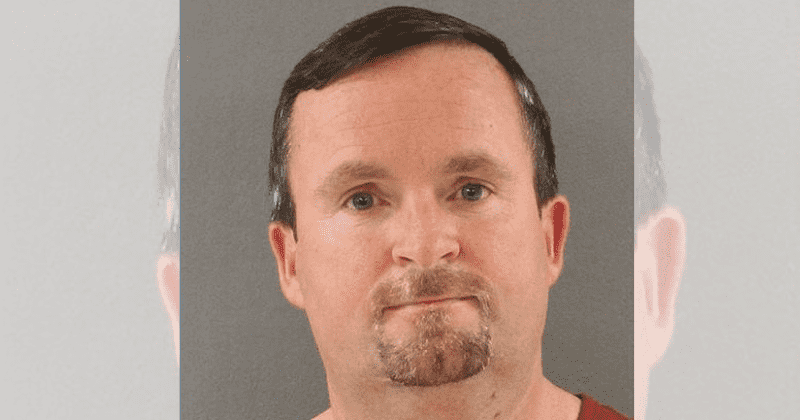 Trigger Warning: The story has details of child rape that readers may find disturbing

David Richards, a pedophile pastor from Tennessee, who repeatedly raped his adopted minor daughter and found guilty was handed a 12 years sentence reports KATU. Prosecutors had asked for the maximum sentence of 75 years. The judge who pronounced the sentence felt the pastor's past work in his ministry and the support he still received, somehow made him legible for a lighter sentence. People were enraged at the sentence and the judge. Many felt that the minor not only had to deal with the life long trauma from such horrid abuse, and now the justice system had failed her. Richards however remained defiant throughout the case and denied the rape.

This is Tennessee Pastor David Richards. He was convicted of repeatedly raping his 14-year-old daughter over 4 years.

The prosecutor recommended 72 years in prison. The judge felt he was a good Christian and gave him 12. pic.twitter.com/r3FaueXPH1

Yet, he pleaded for leniency from Judge Steve Sword from the Knox County Criminal Court where the case was heard. At the time when the rapes began, the victim was just 14 years. The girl named Amber Richards chose to identify herself and speak following the sentencing. The pastor had also apparently texted her about taking the relationship "to the next level." According to the Knox News, Amber who was in court with her biological parents and many supporters said during the victim impact statement, "I wanted to throw my body away. Not a day goes by that I don't, in some way, think of what he did to me. ... I firmly believe if given the opportunity, he would victimize another young girl."

How can a judge mitigate the sentence of a convicted child rapist? It's the job of the defense attorney.

Speaking during his sentencing, Richards said that the rape allegations against him was because he tried to impose stricter rules for his children. "I stand before you convicted of crimes I did not commit. I simply believe the system just erred in this case. I'm not sure why I'm here. ... but I assume it's for His purpose," said Richard. DNA evidence was found from seminal fluid on the girl's bed frame. Richards was found guilty of a total of nine felony counts including rape, sexual battery by an authority figure, and incest. Judge Sword spoke about Richards' longtime work in the ministry including beginning a Bible study for inmates at the Knox County Detention Facility while he was lodged there.

State police say Pastor Strickland paid the teen boys $100 to $200 to have sex with his wife or paid them to send him nude photos. Is Jerry Falwell's alleged behavior contagious? https://t.co/njrPQZfFYW

The judge did acknowledge Amber's age when the rapes began and the pastor's abuse of his position of trust. Over 30 of his supporters were also in the court. David Thompson, of his supporters and a worker at My Father's House Church of God in Lenoir City, said, "I find it impossible for me to believe he's guilty of this. His business needs him. His family needs him. Our church needs him." In recent times, pastors have been involved in some very sordid incidents. We recently wrote about a pastor in Kalamazoo, Michigan who paid teen boys to have sex with his wife, sexually assaulted one of them, and even asked one for nude pictures. Rev. Stricjavvar "Strick" Strickland, 37, of Kalamazoo’s Second Baptist Church, carried out these assaults over a four-year period.

Learner transport driver Luvuyo Gerald Hendricks was on Wednesday given two life sentences in the Wynberg magistrate's court for two counts of raping a minor with disabilities. https://t.co/ZDM1k2Gz34

This was between August 1, 2015 to August. 31, 2018. The four victims were between the ages of 15 to 17 years.  Two of the teens studied at the Phoenix County School where the pastor and his wife, Jazmonique Strickland, were employed. It is believed that they used their influence to gain access to the children. In another instance, a woman on a flight back to her home in Detroit, Michigan got the shock of her life when she realized a man was urinating on her mid-flight. The man turned out to be a well-known pastor from North Carolina.