Each police officer in the department was given $1,000 in a "bold statement in support of law enforcement" by Lighthouse Missionary Baptist Church of Jonesborough 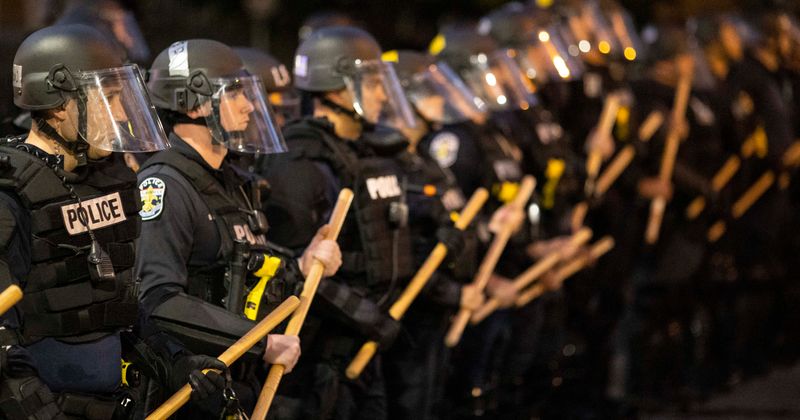 Protests against police brutality have been going on for over a month now, following the brutal murder of George Floyd. He was killed after a cop placed his knee on his neck for about eight minutes till he could not breathe anymore. This is not an isolated incident as the indiscriminate killing of Black people is widespread and this incident has only brought out more cases exposing the broken system. Calls for defunding the police have been getting louder over the years and has yet to culminate into action. Currently, an estimated $100 billion is spent on policing each year, reports CNBC.

Police funding comes up to 20 percent to 45 percent of discretionary funds in cities nationwide. Besides, the actual defunding process has not even begun to take shape, at least in the majority of the states. But that did not stop this church in Tennessee from donating $1,000 to each member of their local police department. According to Christian Post, Lighthouse Missionary Baptist Church of Jonesborough raised a total of $23,000 for their local police department. The congregation held a special ceremony the weekend following the Fourth of July to present the cops with their $1,000 checks.

Lighthouse Missionary Baptist Church made a "bold statement of support" by giving $1,000 to every member of its town's police department. https://t.co/EWKNjjb4Xr

Pastor Perry Cleek of Lighthouse said that this fundraiser was inspired by the recent news of "the abuse many police have experienced in recent times." "We have heard the news reports of entire police departments suffering from a debilitating lack of morale. In many places in America, local governments are signaling their support for those who are attacking law enforcement by defunding their local police," Cleek stated. Police brutality has claimed more lives of marginalized people than the morale of the police, which has taken a hit by protests demanding them to stop killing people who are not white.

Defunding the police means not just pulling the police budget but also redistributing it to the community, especially marginalized ones, where much of the policing occurs, stated CNN. This will lead to the disbanding of the police but will also work toward the creation of an entirely different model of community-led public safety. Patrisse Cullors, the co-founder of the Black Lives Matter movement, stated, "[Defunding law enforcement] means that we are reducing the ability for law enforcement to have resources that harm our communities. It's about reinvesting those dollars into black communities, communities that have been deeply divested from."

Y’all think you’re making some kind of point by bringing up gun violence to counter calls for abolishing police & I promise you that you’re not at all.

Because gun violence has nothing to do with why George Floyd is dead and Breonna Taylor’s killers haven’t been arrested. 2/

When it is evident that law enforcement is fundamentally racist, the call for defunding this skewed brutal force of a system is the first step to more sensible reform. Regarding the death of Floyd, Cleek called it "without question an act of evil" and called for "the ones guilty to face the full justice of the Law." He went on to say, "But much of the response to the killing of Mr. Floyd, the looting and burning and destruction of both public and private property, the disgraceful treatment, dishonoring and demonizing of law enforcement are also acts of evil. Our response to the evil all around is to do something good, something we feel is very good. Our act of support and encouragement for our local police department will, we believe, result in many more American citizens voicing their support."

“Our desire was for our action to send a symbolic message of our support to the Jonesborough Police, but to also show our support in a very practical..”
Tennessee Church Shows Support for Police, Gives Every Local Officer $1,000 https://t.co/8HxqsFDT7n via @faithwirenews

Pastor Cleek went on to say that millions of Americans feel that the law enforcement in our country is being treated unfairly but do not have a voice to state their opinion. He added, "We wanted to make a bold statement in support of law enforcement. Our desire was for our action to send a symbolic message of our support to the Jonesborough Police, but to also show our support in a very practical way by recognizing and supporting each individual employee," and said, "We wanted our voice in support of law enforcement to be loud and bold."