Teens In America Are Throwing Coronavirus Parties To See Who Gets Infected First. Winner Gets Cash.

Councillor Sonya McKinstry slammed the students for being irresponsible for taking something so deadly lightly. 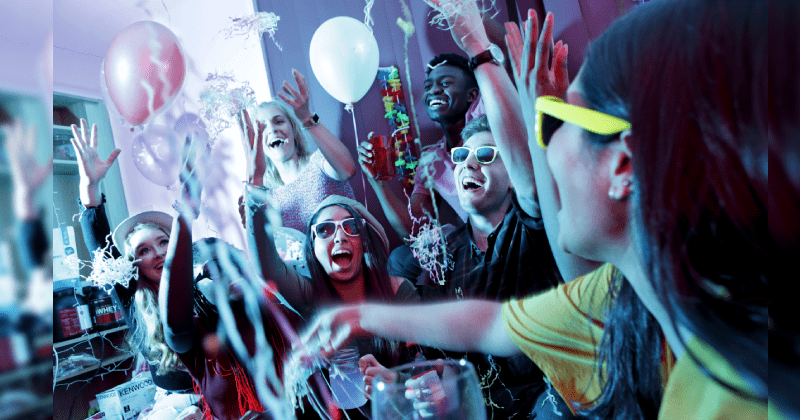 Students are now throwing Coronavirus parties offering cash rewards to the first person to get infected at one of these parties. Such parties have been reported in Tuscaloosa and Alabama. The students have attempted to make a game out of the pandemic that has killed more than 130,000 people in America. The aim of the Coronavirus parties is to get infected first, says Tuscaloosa City Councilor Sonya McKinstry, reported ABC News. The Tuscaloosa City Councilor said they were doing it intentionally with the aim of getting infected. "They put money in a pot and they try to get Coronavirus. Whoever gets Coronavirus first gets the pot. It makes no sense," said McKinstry. "They're intentionally doing it." Tuscaloosa County alone reported 2,049 people had contracted the virus with 38 people dying from Coronavirus-related issues, according to the Department of Public Health.

The new party game has shocked officials who are fighting on war footing to contain the virus. Tuscaloosa Fire Chief Randy Smith said he had initially dismissed it as a rumor before stunned when he found it was happening for real. "We thought that was kind of a rumor at first. We did some research. Not only do the doctors' offices confirm it but the state confirmed they also had the same information," said Randy Smith. Many students have already reported having contracted the virus as a result of these parties. Sonya McKinstry said they're trying to create awareness and put an end to such party games. "We're trying to break up any parties that we know of," said McKinstry. "It makes me furious. Furious to the fact that something that is so serious and deadly is being taken for granted."

As the U.S. death toll from COVID nears 100,000, this is how people spent Saturday at Lake of the Ozarks in Missouri. pic.twitter.com/EBZKCQjRKf

She also said the children were being selfish and irresponsible, considering the aged people in their respective homes. "It makes me furious," McKinstry told CNN. "Furious to the fact that something that is so serious and deadly is being taken for granted. Not only is it irresponsible, but you could contract the virus and take it home to your parents or grandparents." Alabama has reported more than 40,000 cases and almost a thousand deaths. The Coronavirus parties organized also violates the state's "Safer at Home Order" that mandates people who test positive to be "quarantined to their place of residence for a period of 14 days." Arrol Sheehan, a spokesperson for the Alabama Department of Public Health, said violators could be fined up to $500 dollars. "Suspected violations of the home quarantine order should be reported to law enforcement and the local health department," said Arrol Sheehan.

Sonya McKinstry also hit out those trying to score political points by refusing to adhere to the rules. "This is not political. This is a public health issue. People are dying and there is no cure. We have to do whatever we can to save as many lives as possible, said McKinstry. She said it made it all the more difficult to break up such parties considering they were all held intentionally. "It's nonsense. But I think when you're dealing with the mind frame of people who are intentionally doing stuff like that and they're spreading it intentionally, how can you truly fight something that people are constantly trying to promote?" asked McKinstry.

Alabama Governor Kay Ivey called on the residents to help the hospitals cope with the sharp rise in patients by limiting the spread of the virus. "Personal responsibility means it is everyone's responsibility," said Ivy at a news conference. "If we continue going in the wrong direction, and our hospitals are not able to handle the capacity of patients, then we're going to reserve the right to come back in and reverse course."