An aghast 15-year-old appeared on Dr. Phil to convince her mother to raise her allowance to "at least $2500" a month. 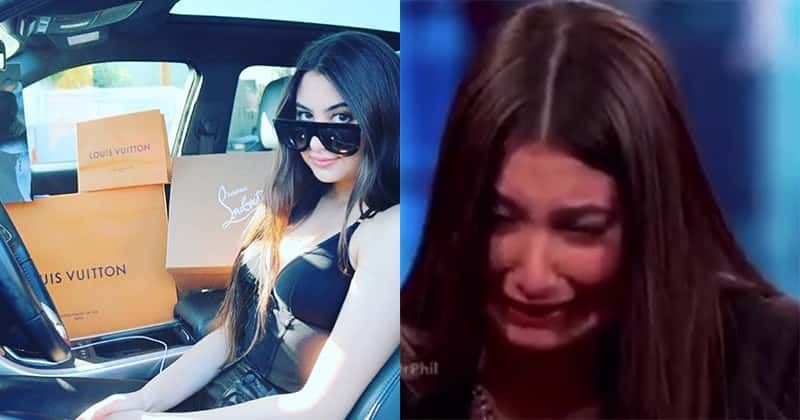 There are multiple ways to teach your child about financial responsibility. Some parents give their kids a weekly or monthly allowance within which they must budget their expenses. Some prefer to have their children be financially independent and get a job of some sort so that they can learn how to handle earnings and savings from a young age. But there are always some people who are constantly dissatisfied, like the 15-year-old California resident who appeared on Dr. Phil, furious because her mom reduced her monthly allowance from $5000 to $1000. Take that in for a minute — her monthly allowance...was $5000.

Nicolette Gray, who calls herself a "brat" and is probably not wrong about it, told the talk show host that she's been "forced to live like a peasant" after the drastic cut in her allowance. Gray is a fan of designer clothes and bags, but after a point, her mother, Nina Gray, could no longer keep track of her spending as the teenager often racked up $10,000 credit card bills, according to The Independent. Nina slashed her daughter's budget, and Gray, infuriated by the sudden drop in her disposable income, had a totally reasonable (sarcasm, in case you couldn't tell) response: get Dr. Phil to mediate. “My mum raised me with everything I’ve ever wanted, and she needs to continue. It’s the only life I’ve ever known,” she explained on the talk show where she appeared with her mother, arguing that she needed at least $2,500 per month to "cover basic expenses." She told Dr. Phil that she no longer has money to spend on clothes and shoes, lamenting, “I feel like a peasant. I can’t live like this anymore. I’m always out of money." According to The Sun, Nina also invited a family friend, identified as Joel, to move into their home and help make sure that Gray kept her expenses down. Joel reportedly chauffers the teen and makes sure she doesn't spend more than she's supposed to.

Nina told cameras, "My teenage daughter is extravagant, spoilt and bratty. Nicolette is beyond entitled." She revealed that she may have initially spoiled her daughter and that Gray had access to credit cards with no limits from a very young age. She told Dr. Phil on the show that she was at a loss regarding how to get her bratty daughter under control, and usually gave in to Gray's demands as the latter threatened to "make her life a living hell."

Listening to both sides of the story, Dr. Phil disagreed that Gray needed any sort of raise to her current allowance, adding that “overindulgence is a form of child abuse.” The host explained that maybe what the girl needed was less money, and more undivided attention and quality time from her mother.