The teenager sustained some scratch marks on her arms and legs. The bear also began to bite her leg 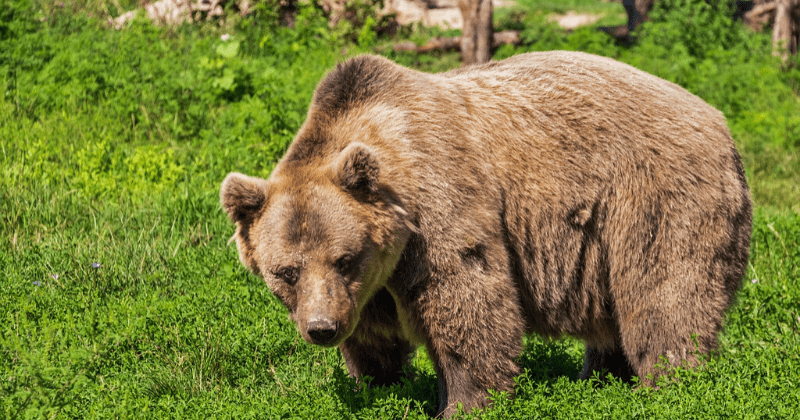 A teen from southern California had the most traumatic event of her life on Wednesday when she fell asleep in her backyard chair but was in for a rude awakening when a bear attacked her.  However, the brave 19-year-old managed to fight off the wild animal with the only weapon she had  —her laptop.  According to CNN, the woman had settled in to catch a few winks when the bear approached her unchallenged, explained Fish and Wildlife Captain Patrick Foy. "She awoke to the sound of a bear approaching her," Foy said. "It immediately attacked."

A Southern California teen had a rude awakening when an outdoor nap turned into a bear attack.

She survived by fighting the bear off with her only weapon — a laptop. https://t.co/zs7KBMGGbv

The bear reportedly scratched the teenager's arms and legs and then begain to bite her leg, but the injuries were not life-threatening. She used her laptop to defend herself against the animal.  "The only weapon she had was her laptop. She hit the bear with it and stunned it long enough to escape inside the house," Foy continued. "She fought back vigorously, which is what you should do with any wildlife in California." When local police were informed, they responded to the incident as wildlife officials also followed to investigate the issue. They found bear tracks nearby and also caught a glimpse of the bear around midnight, which corroborated her story.

this is why i take my macbook pro everywhere

Talking about the nature of the ambush, Foy noted that"This was an unprovoked, aggressive attack." The official drew to the conclusion after finding that the teenager neither had any food to offer the wild animal nor did she get between the bear and her cubs. "It's likely she was looked at as prey," Foy opined. Reports say this isn't the first time a sleeping person was attacked by a bear in the area. A homeless man was reportedly attacked by a bear last year and it was never caught. Officials then took DNA swabs from the woman's wounds before sending it for further analysis to a forensic lab. According to Foy, the analysis provided the wildlife department with a full DNA profile of the bear by the next day.

Good thing she purchased a laptop with both virus protection and bear protection.

Foy further said two other bears were caught in the immediate vicinity on Tuesday but their DNA data didn't match the profile of the bear that attacked the unsuspecting teenager. Both bears are expected to be released to the  "nearest suitable habitat." CNN reports the bears will be dropped off in the Angeles National Forest, located 25 miles or so away from the area they were captured from. As for the bear that attacked the woman, it is yet to be found and that once it is, it will be euthanized.

In another bear-related incident from late last month, a 12-year-old boy from Italy came in close contact with a humongous brown bear who appeared to be stalking him as it slowly and carefully followed him down a hill. The boy, however, showed incredible nerves of steel and asked his stepdad to take a selfie as the bear towered behind him a few yards away. The incident occurred in Trentino, Northern Italy where the boy, Alessandro was out with his mom, stepfather for a hike in the mountains when they were approached by the bear. The nail-biting video shows the boy nonchalantly climbing down the hill with the bear a few meters behind him. Alerted by the bear's presence, the boy appears to look back before turning back to calmly walk down as his stepfather asks him to keep his composure. "Come, come Ale", the stepfather can be heard saying in Italian as they move through a row of bushes while the bear creeps up on him.