The teenager had grown up listening to her mother make racist comments and had always meant to correct her. 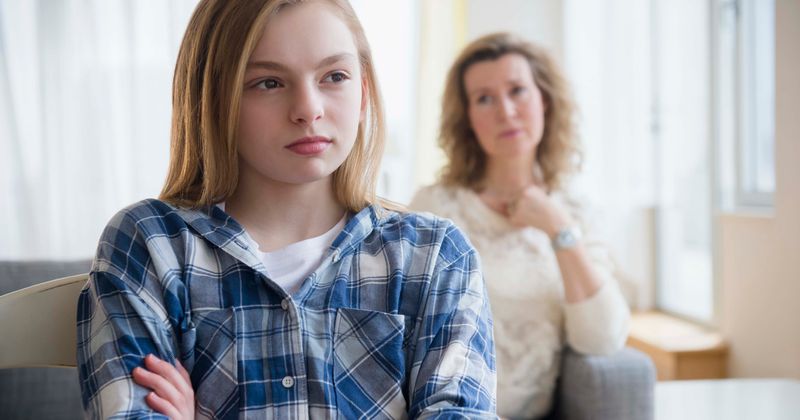 A 17-year-old girl let her mother know that she was a racist after getting away with one too many racist comments. The frustration of watching her mother make racist comments on various communities had been building up over the years until she ended up calling her mother a "racist b*tch." The teenager didn't feel guilty but felt she may have crossed a line and turned to Reddit for answers. "My (17F) mother (35F) has always been racist, and she doesn't hide it either. She makes comments about African Americans being ugly but the race she has the most prejudice towards is anyone who is Chinese, Japanese, Korean, etc. She generalizes the way they speak and mocks them, she says they're all ugly, makes comments about how they "shouldn't drive" because they "can't see" properly, etc," wrote the teenager on Reddit.

The teenager had been contemplating checking her mother the next time she made a racist comment but knew she'd play the victim. "I've heard this all throughout my life from her and every time I've wanted to call her out but was afraid of what she'd say because all my life she's been a ticking time bomb and most of the time I'm too exhausted to deal with her constantly going on a rampage of saying cruel things and then playing the victim after it all," wrote the original poster.

The 17-year-old finally let her mother know she was being racist. "This time in particular, however, I was watching A Silent Voice, a beautiful anime movie by the way, it brought me to tears. One of the scenes showing how Shouko speaks aloud was on while my mom was in the room, and of course as per routine she made a stupid comment basically stating that she's surprised anyone batted an eye at how she talks given that it's supposedly "as unintelligible as any other Asian." The teenager wasn't ready to let it go. "I spoke up and said, "Oh shit, I forgot I can't watch what I enjoy without you trying too hard to make us laugh with an unfunny racist comment." She said "Excuse me?" to which I replied that I was pretty sure she heard me, and then she asked me what it was like to have a "fetish" for Asian people (???) so I said, "What's it like to have such a bland personality that being a racist bitch is your main trait?"

The teenager's mother wasn't having it. "She BLEW UP and told me I had no right to speak to her that way because she was my mother. Basically I shrugged and I said that I'm treating her as I would any prejudiced person. I was grounded for being "disrespectful" because apparently being racist is nothing but an opinion/s," wrote the girl. The teenager wasn't ready to accept punishment for calling out her racist mother either. "Pretty much the same hour, I walked out of the house and announced that I was sleeping over at a friend's house because there's no way I was gonna serve a punishment for calling out a racist. I'm getting mixed reactions. Some say I was fully in the right and didn't need to change a thing, others say while I was in the right I should've just taken the punishment because I knew what the outcome would be," wrote the teenager before asking fellow Redditors if she was right to call out her mother."

Most of the Redditors took her side but warned that it could lead to deeper family problems and that she needed to be prepared for that. A person who walked out of their home wrote, "I went toe to toe with my dad on a daily basis. There were literal fist-fights. He had a half-Mexican, openly pansexual daughter who was a survivor of child abuse, and he shit on everything I was, with regularity. I haven't spoken to him more than once or twice this last decade. Your ideals will not feed, clothe, nor house you. I wound up homeless for almost 4 months as an 18-year-old woman. It took me nearly 6 years to claw my way out of absolute poverty thereafter. I'm not telling you to be fine with what she says and who she is. I'm saying if you push her buttons, she has the power to upend your entire world and slap you with a dose of reality that'll mess you up for years. Be prepared to suffer the consequences for biting the hand that feeds you."