The website will include content about Evans' upcoming projects as well as "live sessions, one on ones, podcasts, pictures." 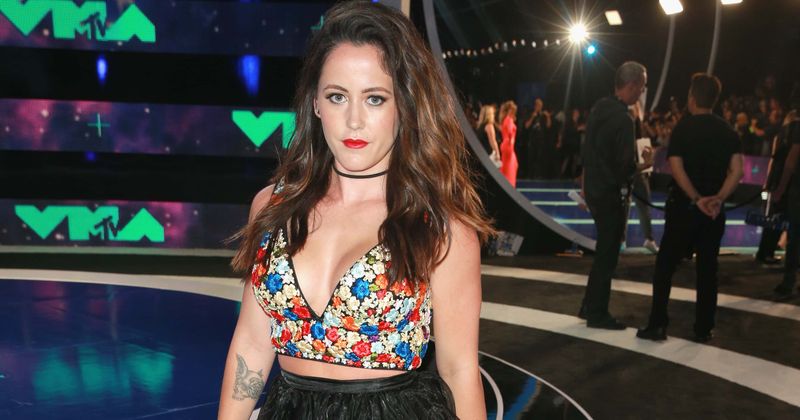 Reality star Jenelle Evans has teamed up with digital publishing platform giant PubNinja to launch a new website that will offer content Evans describes as “exclusive.” On it, she vows to "get rid of the haters" and only hear from her "true fans." Those who purchase access to her website will be able to watch videos, listen to podcasts, view pictures, and even engage in live chat sessions. The website is called Jenelle’s World. On Twitter, Evans wrote: LET'S GO! Want to see what I’m REALLY up to these days? I just launched my new site Jenelle’s World! Sign up for exclusive EVERYTHING! Get rid of the haters and only want to hear from my true fans! See ya there!

LETS GO! Want to see what I’m REALLY up to these days? I just launched my new site Jenelle’s World! Sign up for exclusive EVERYTHING! Get rid of the haters and only want to hear from my true fans! See ya there! 🥰🎉 #Subscribe #OnlyFans #LinkInBiohttps://t.co/wh3UQbb8Sn pic.twitter.com/KRbYHZXqSG

According to the website's description, it reads: Welcome to ALL THINGS Jenelle Evans! Here I share with you, my closest friends and community all of the things that matter! Only here with my crew will you have access to NEW Behind the Scenes & NEVER before seen footage, Exclusive Photos, and more! This is where I share a First-Hand glimpse & Updates into my Personal Life with the people that matter..You. The Teen Mom star's website will provide these offerings at  $75 per month and there are different subscription categories. You can choose the "friend" status at just $5 to get videos, pictures, monthly giveaways, and behind-the-scenes news. At the $15 a month tier, you can achieve "patron" status where you will get additional podcast access and a live private group. The "bestie" status starts at $75 (up to $100) and will have everything mentioned above plus access to Jenelle's blog. At this rate, you can also be part of a live chat with her.

Evans found fame on MTV's Teen Mom 2 as well as MTV's 16 and Pregnant. In 2015, she reportedly told radio station107.5 KZL that she had earned $500,000. Without revealing entire details of her pay, Evans said, “I wouldn’t really say that [I’ve made a million dollars]. I would say a little bit over maybe half [a million]? I’m not really allowed to discuss it.” However, according to Celebrity Net Worth, she is currently worth about $30,000.

Evans gave birth to her son, Jace, with father Andrew Lewis in 2009. She was married to Courtland Rogers between 2012 and 2014. She is currently married to David Eason, with whom she has a daughter, Ensley. Eason faced severe backlash after he confirmed that he had killed her dog, Nugget, last year. He told PEOPLE he did so to protect their daughter.  “It was a situation where my daughter, her health, her safety was in danger,” Eason explained. “This was something that nobody wants to ever have to do. The dog was aggressive. Yes, she might not be huge or whatever, but you know when a dog bites a child on the face more than one time, then it should never be around the child again. If you give the dog up for adoption, one day it’s going to be around children again. If you call the authorities at that point, the law says the dog has to be euthanized. I’m not going to pay anyone to euthanize my dog when I could do it myself. I mean, I loved that dog,” Eason added, fighting back tears. “I still think about her every day. It’s really hard for me. A lot of people put me down for it, they hate me for it, but like I said it was not something I wanted to do.”

Following the incident, MTV cut ties with Evans, with the network telling USA TODAY in a statement, "We have stopped filming with Jenelle Eason as of April 6, 2019, and have no plans to cover her story in the upcoming season." The couple has had many ups and downs in their relationship and even went through marriage counseling, with Eason also completing an anger management course. "David has also grown up in the country lifestyle," Evans said. "He hunts, he fishes, the way he was raised is really different than a lot of other places. We understand that people are scared of the whole gun thing and they just don't understand it from David's perspective. His father taught him not to let any animal hurt you... and he does realize what he did was wrong." “I mean, I loved that dog. I still think about her every day," Eason added. "It’s really hard for me. A lot of people put me down for it, they hate me for it, but like I said, it was not something I wanted to do.”