Angelina Arora from Australia has invented a material that decomposes 1.5 million times faster than commercial plastics 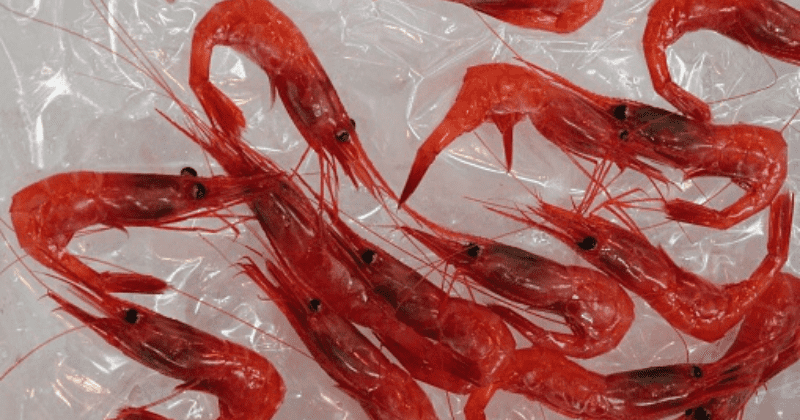 As the climate change crisis is taking center stage in major international forums, we see more and more teenagers leading the conversation forward. Greta Thunberg has become the voice of a new generation of eco fighters who are demanding their right to live on a hospitable planet. There are dozens of other climate change activists from around the world doing their part in this fight to save the planet from the point of no return. A teenager from Australia is also contributing to the fight in her own way. She has invented a biodegradable plastic from shrimp that could possibly hold the answer to the current plastic we use that is clogging up the Earth.

Angelina Arora, 17, has managed to invent plastic that can decompose in landfills over an average of just 33 days, using prawn shells. "I was then having dinner one night after a long, hard day in the lab and noticed prawn shells look like plastic," Arora told news.com.au. "I thought to myself 'what makes them look like plastic?' and then as any scientist does, I went straight to the lab and started researching." Calling this her "Eureka moment" Arora was determined to develop the plastic product because she wanted to dedicate her life to making a difference to others. "Whether it be conserving our environment for future generations or bettering the health of our society," the student of medicine said.

Speaking to National Geographic, she explained how she learned about the adverse impact plastic had on the planet when she was shopping with her mother. She noticed that her mother was paying for the plastic bags and when they asked the cashier, they responded by saying that it was to deter people from using plastic bags which would help save the planet. "I have been experimenting with biodegradable plastics for a while, however, the initial plastics I made out of corn starch were soluble in water and were taking away a potential food source," she said. "So I looked at waste alternatives and tried coming up with a banana peel solution – that didn’t work either in regards to solubility."

“I looked at prawns and thought what makes their shells look like plastic?" says 16-year-old Angelina Arora https://t.co/t9KvhxXpdx

Developing was obviously not an easy task but the teen said the process helped her not to see age as a barrier. "I extracted a carbohydrate called chitin and chemically converted it into chitosan and mixed it with fibroin, which is a protein in silk cocoons," she said. She found that the combination of the two organic products created a plastic-like material. This material was able to completely decomposed within 33 days which happened to 1.5 million times faster than commercial plastics, that we are now using. This revolutionary product has won the teenager a lot of awards and recognition. She has even shared her ideas in a TED Talk.

"I’m still finalizing the legal aspects like patenting, for example, however, I am at the stage where I have produced a final prototype and would be ready to manufacture the plastic to distribute it commercially," she said. "I am currently in talks to companies and manufacturers and the response is looking positive." The cost of manufacturing this plastic is inexpensive and has a variety of uses. "My generation is finding its voice when it comes to making a difference for the environment," she said, adding, "We have been brought up with a greater awareness of our finite natural resources and the impacts of climate change as well as a new science."

Indian origin Angelina Arora has found her way to the finals of Australia’s most prestigious high school #STEM awards for the third time. This year, she has created a more effective & non-toxic way to clean up oil spills. Here's wishing her good luck! https://t.co/6eo4evFrRi

She believes that everyone can do their bit for their environment and that she is just doing her part. "Eliminate the things you don’t need, plastic straws for example, and just drink from the cup," she advised. She went on to say, "Every time I fail or things don’t work out in the lab, I always think back to why I started doing it. That is to make oceans plastic-free and encourage other young people, especially young girls, to make a difference in the world, in whatever domain their passion lies."