Teaching Assistant Arrested For Having Sex With 15-Year-Old Students, Giving Them Alcohol & Drugs

Kristie Rosa, 27, who was working at Phoenix Alternative School in Collier County, Florida has been charged with three counts of lewd or lascivious behavior and is at a Naples Valley jail. 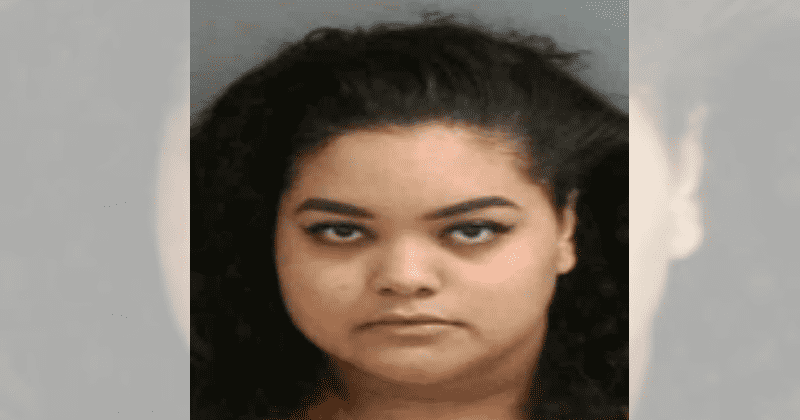 In yet another horrifying case of inappropriate behavior between a teacher and student, a teaching assistant at a school in Naples Valley in Florida allegedly had sex with two 15-year-olds at the same school she taught.  She is also charged with giving alcohol and marijuana to the underage boys. Kristie Rosa, 27, was working under the Collier County Public Schools.

It all started when students of Phoenix Alternative School communicated with Rosa whether or not she smoked. They soon started interacting over Snapchat and things soon turned sexual. During separate interviews with the Children's Advocacy Center, the two boys said that they had arranged for Rosa to pick them up and take them to a party. Rosa provided them with alcohol there.

They also said they smoked marijuana with her at the party while they hung out with her. Rosa was arrested Friday and charged with three counts of lewd or lascivious behavior. These include promoting sexual activity with a victim under the age of 16, providing nicotine dispensing device to a minor and providing alcohol, two counts of narcotic equipment or paraphernalia delivered to a minor or someone under 21, said an arrest report at the Collier County Sheriff's Office.

At the party, the person who found out about the underage boys kicked them all out. Following this, Rosa took the students to her condo and then to her community pool where she became intimate with one of the high schoolers. She then took them all home, reports Naples Daily.

Following the night, she would often bring them nicotine for their vaping devices and leave it in the school bathroom for them to retrieve later. Another student who was interviewed said Rosa had sex with him, who was his teacher's aid at the time. She asked him for his Snapchat and Rosa began sending flirty messages through the platform.

On October 30, he said she came to his home. They went to his bedroom where they watched Netflix, smoked marijuana and then had sex. Rosa took the boy to a vape shop on November 3 to get nicotine and then they went back to her condo where they watched TV and had sex a second time. She also told him not to tell this to anyone, according to the report.

The 20-year-old brother of one of the students who was home when Rosa came over to their house told police that he saw her come into the house and later heard them in the bedroom.

He later identified Rosa on December 5 in a photo line-up. A second witness also identified Rosa in a photo line-up. The Department of Children and Families asked Rosa to appear before them for a urine sample and interview. Her urine testing came back positive for marijuana. At first, she denied having any kind of inappropriate contact with the students or providing them with alcohol, nicotine or marijuana but later admitted to her crime after some time. She admitted meeting them at a party but said she left when they showed up.

She also admitted allowing them to use the pool but denied getting intimate with them. Rosa also admitted to watching TV with a student at their house. Rosa is presently at the Naples Jail Center where she is being held on a $52,000 bond.