trending celebrity people lifestyle news animals
Teacher Who Had Sex With Boy, 14, And Lied About Being Pregnant When He Wanted To Breakup Has Been Jailed

Teacher Who Had Sex With Boy, 14, And Lied About Being Pregnant When He Wanted To Breakup Has Been Jailed

25-year-old Fatinah Hossain worked as a teaching assistant and supply cover teacher at a Horsham, West Sussex school after completing her master's in criminology from the University of Roehampton. 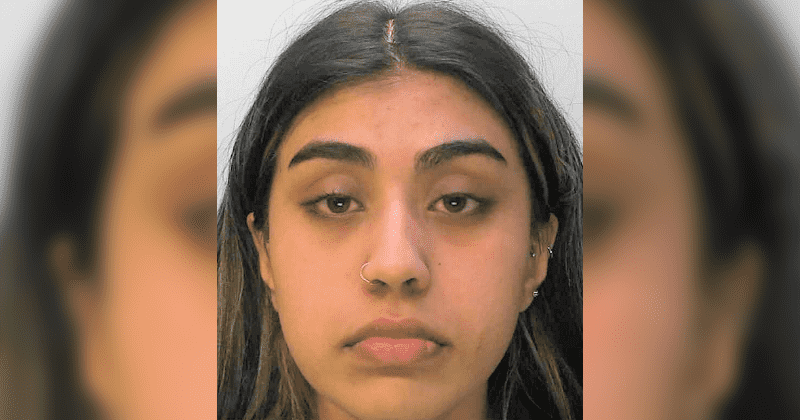 A young assistant teacher has been jailed for five years after authorities became aware of her illicit relationship with a 14-year-old school student. 25-year-old Fatinah Hossain worked as a teaching assistant and supply cover teacher at a Horsham, West Sussex school after completing her master's in criminology from the University of Roehampton. A hearing at the Brighton Crown Court revealed that she was "infatuated" with the teenager who she groomed before engaging in a sexual relationship that continued for months. When the boy pleaded with her to end their relationship, she emotionally manipulated him and claimed she was pregnant, according to a statement from Detective Constable Leigh Rankin.

Those close to Hossain told The Sun that she would often joke about "hormonal and horny teenage boys" who try to make a pass at her. None of them could even imagine that Hossain would take it seriously and end up in an illegal relationship with one of them. "You can imagine what kids at school at that age could be like so it seemed like a joke," they explained. "It’s disgusting looking back now knowing what she then did. She had a manipulative trait and could also be hot-headed, especially if she felt under attack. She seemed sexually naive at times," they continued. Hossain, who was known as Tina to her friends, had reportedly become very "infatuated with and obsessive" over love interests.

She was taken into custody in June 2020 when allegations of her having sex with the student surfaced but were released on bail as the investigation continued. Following her release, she made several attempts to "derail the investigation and avoid justice" by fabricating interactions between herself and a member of the student's family, reports Sussex Live. Using a fake social media account, she pretended to be a 14-year-old girl and tried to bring down a member of her victim's family. "Through fake names she made significant threats of harm to the boy and his family and said she’d pay him to 'drop the charges,'" said Rankin.

"She then created a number of fake social media accounts using different names including that of a 14-year-old girl. Using this particular account, she fabricated messages between her and an adult family member of the boy. She then used these fake accounts in an attempt to have the family member lose his job. She then went on to make multiple false reports to the police from further false accounts in an attempt to get the adult family member arrested. Hossain continued to attempt to make false reports to police until March 2021, when evidence was received to show that all the allegations against the family were falsified by her. This led to her being further charged and remanded until she was convicted," he continued.

Crime: Teacher, 25, jailed for having sex with pupil, 14, ‘said boys flirted with her https://t.co/zenrUUmoXq

Hossain also used "fake social media accounts" to relentlessly and maliciously "manipulate other children, with threats being made against at least one other child should they speak to the police," revealed Rankin, according to Metro. The Dutchells Copse, Horsham resident eventually pleaded guilty to one count of perverting the course of justice and one count of sexual activity with the child whilst in a position of trust. She was sentenced to five years and fours months in prison during an October 21 hearing.

Hossain will also be registered as a sex offender indefinitely and would be subjected to Sexual Harm Prevention Order for ten years after being released from jail. A restraining order has also been issued to prevent her from ever contacting the students and others. "This was a prolonged and distressing campaign and we are glad that justice has now been done for the boy and the several other people who became entrapped in Hossain’s web of lies and manipulation," noted Rankin.