Hundreds of teachers arrived at her funeral and carried the backpacks thousands had left for kids from the school district. 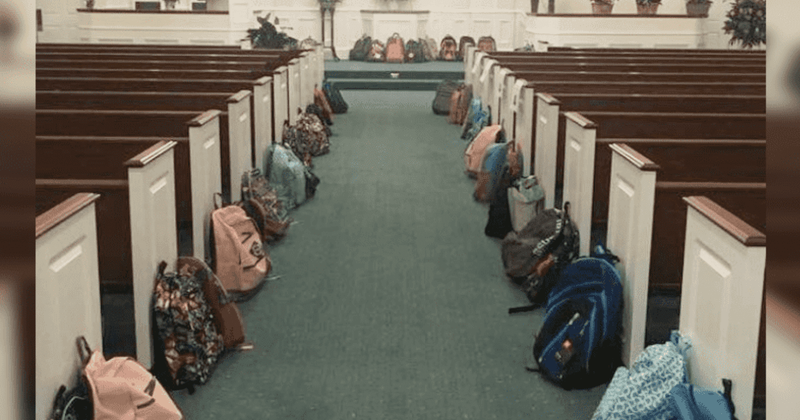 Tammy Waddell, 58, breathed her last on June 9, 2018, after a prolonged battle with stomach cancer. But, she left a legacy in her name, of being an exceptional teacher—and showed that she was an educator till the end. Instead of flowers, Waddell's obituary stated that donations be made in her memory to Project Connect, a local program that provides backpacks to children in need. So, that's what the majority of the mourners did—they walked into the ceremony, bearing knapsacks filled with a variety of school supplies, reports Good Morning America.

My cousin’s final request at her funeral was Backpacks full of supplies for needy students instead of flowers. A teacher to the end. @TeachersNet @edutopia @EdWeekTeacher pic.twitter.com/eGig25tYwH

"My cousin’s final request at her funeral was Backpacks full of supplies for needy students instead of flowers. A teacher to the end," Brad Johnson, a fellow educator, and Waddell's cousin wrote, sharing heartfelt pictures of the donations on Twitter. "She had about 100 teachers as honorary pallbearers who carried the backpacks out and back to their schools. It was heartwarming." Johnson's tweet received thousands of retweets and responses from users who were touched by Waddell's request. She had worked in Forsyth County Schools in Georgia for over 30 years. In fact, she was even recognized as the county elementary school teacher of the year back in 2003 for her efforts.

What some of the back packs were filled with... pic.twitter.com/rUWpheecEk

Speaking to the outlet, Johnson said: "She was very inspirational in me achieving all that I have. She was as quick to give a hug as she was quick to give supplies to students who needed it." In fact, Waddell was such a great inspiration, her son, Kevin Waddell, 35, has also become a teacher in the Forsyth County Schools. During his conversation with GMA, he shared that it wasn't much of a surprise to hear that the backpacks were one of his mother's final requests. "Part of what I loved about my mom was the passion she had as a teacher. It's one of the inspirations that led me to the profession," he said.

Waddell's work has garnered appreciation and support from halfway across the world with people offering to send school supplies from as far as Great Britain. "She lived life by loving others and she was never worried about attention … she was just focused on the love," he continued. "The message she would try and deliver at this point is donate to your local schools. It doesn't have to be here specifically." Waddell's cousin Johnson also echoed the same sentiments. When people asked him on Twitter about how they could contribute to the cause, he said they should simply donate to their local schools. "Many have asked how to donate, but really we would like people to donate to the schools in their area." Being from a family of educators, he said the teaching community as a whole has to go through a lot of struggles. "Spread the love locally!" he implored.

Waddell's contribution to teaching and her local community didn't go amiss on Twitter as people showered praise on the late teacher. "What a beautiful person your cousin was, this is truly inspiring," Emma Jo shared. "I'm so sorry for your loss, it seems the world really lost a caring and compassionate person, just at the time we need them most." Luna added: "That's so great. We need to fight for our teachers to make more money. Sorry for ur loss. She must have been a wonderful person." Waddell is survived by her husband of 41 years, another son B.J. Waddell, and four grandchildren.

TEACHER'S DYING WISH: Teacher Tammy Waddell passed away from cancer and her last request was for her loved ones to bring backpacks full of school supplies for students in need instead of flowers at her funeral https://t.co/4akGvkVATW