Fletcher engaged in the inappropriate act 12 minutes before the end of her class while the students were still online. 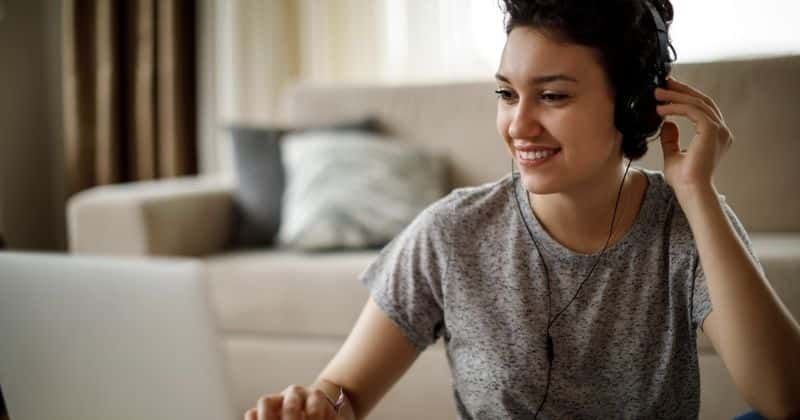 A New York high school teacher was caught sucking a topless man's nipple while conducting a Zoom class. Students of the Columbia Secondary School for Math, Science, and Engineering were stunned when Amanda K. Fletcher, 37, engaged in the inappropriate act during the session. An investigation has been opened into the incident by the Special Commissioner of Investigation (SCI) for city schools report New York Post. Before this lewd act, a student told investigators, the Spanish teacher was seen "eating spaghetti" as the shirtless man was seen behind. The incident unfolded in September last year with the report being compiled a month later. Fletcher "appeared to suck the nipple of an unidentified topless male" as she "rocked her head back and forth," the report stated.

Calling the incident an "inappropriate sexual act" the report noted that "following this act, Fletcher’s face turned in full view of the screen, and she gyrated her shoulders and smiled." Following this, Fletcher "resumed teaching and discussing a worksheet." Videos of the incident were soon widely shared on various social media platforms such as Snapchat by students according to the report. Investigators also saw several of these videos. The incident took place two weeks after the city schools opened for the 2020-21 academic year following months of closure owing to the pandemic. Fletcher engaged in the inappropriate act 12 minutes before the end of her class while the students were still online.

“The SCI also urged the DOE to beef up teacher training on “appropriate and acceptable behavior while interacting remotely with students.”
🤦‍♀️ So they need training to know this is inappropriate behavior?

Fletcher declined an interview by the SCI investigators and did not give any explanation for her conduct. She is listed as a teacher under the city's Department of Education (DOE) since 2007. Danielle Filson, a spokesperson for the DOE said, "This behavior is absolutely unacceptable," while adding the department had brought a "Digital Media Guidelines for Remote Learning" in March 2020. Filson added that the staff was reminded "that virtual classroom should follow the same protocols as in-person classrooms – e.g. outside individuals are not permitted to walk into a classroom, whether virtual or in-person – and staff must continue to maintain a safe and appropriate learning environment." Fletcher was "reassigned" after the incident and that the department "will pursue disciplinary action" against her. Fletcher, however, continues to be under the DOE's payroll.

It would be one thing if she forgot her camera was on and thought she logged out after the class was done. we’ve seen many, “oops” moments since the boom of distance meetings on webcam. Considering she continued teaching afterwards, she knew what she was doing-that’s disturbing.

She is said to make $105,588 per year as a teacher. The DOE has been advised to do more teacher training on "appropriate and acceptable behavior while interacting remotely with students," whilst noting that educators "should exclude non-classroom participants from appearing." In addition, teachers were told not to engage in "eating or snacking; smoking, vaping or in any other way using tobacco; and any other activities that might prevent an educator from maintaining total focus on the classroom."

A similarly embarrassing incident involving a teacher in a Zoom class took place in Colombia. This time, a teacher named Ruben Dario Parras was seen on video snuggling up to his wife, lifting her top and kissing her left breast as his wife says "Oh god" according to Daily Mail. He had forgotten to switch off the Zoom call, as his students, all teens watched on.

We have obtained the exclusive video! pic.twitter.com/m7UlEDs0vN

The videos of the incident went viral forcing the teacher to make a public apology. He said, "Some images were recorded while my wife came in to greet me that have gone viral on the web. Of course, it was a mistake of mine, as I didn't realize the camera was still switched on at the end of class. At no moment did I do this deliberately. It was accidental. I want to apologize for causing offense." An investigation was launched into the incident by the school.