Teacher, 37, Allegedly Raped 17-Year-Old Student Who Was Worried 'She Would Fail Him'

A Florida teacher had sex with a student during a summer recess and is being charged nearly a year after the incident. 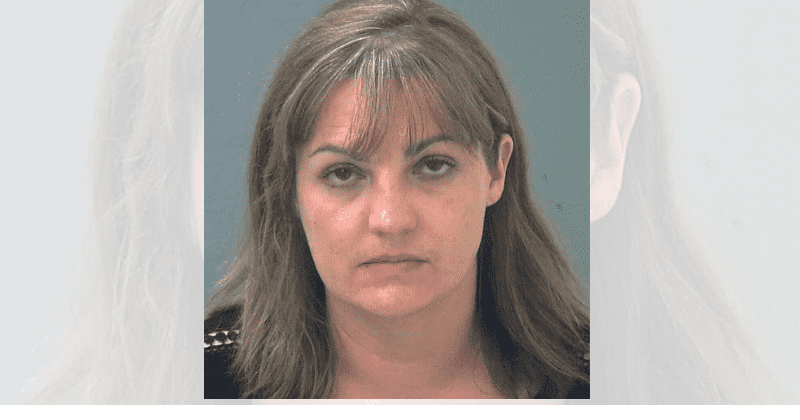 Trigger warning: This report contains details of the rape of a minor that readers may find disturbing

A 37-year-old high school teacher from Florida is facing criminal charges against her for allegedly raping one of her students inside the school campus close to a year ago. According to PEOPLE, the arrest report reveals the teacher Meghan Mary Rodriguez was arrested on Thursday and charged with sexual assault.  She was released from detainment after posting a bond. As per a Pensacola News Journal report, Rodriguez was told she was under investigation on a sexual assault charge following which she resigned from her position with the Santa Rosa County School District on May 28.

JUST IN: Navarre High School teacher Meghan Mary Rodriguez, 37, has been arrested for having sexual relations with a student. https://t.co/burLLAs1Vp

The arrest charges revealed that the Santa Rosa County Sheriff's Office proceeded to arrest her after they received an anonymous tip in early March, which claimed that she had sex with one of her students last summer. When detectives contacted the victim, it was found that the 'relationship' started with friendly texts between the teacher and student before taking a sexual turn last summer. The 17-year-old student reportedly attended a summer practice at Navarre High School and went to meet Rodriguez in her classroom to discuss some issues, which led to her raping him. "[The student] insisted that this only occurred once and he regretted it afterwards," the police report said.

The 17-year-old boy told his parents that Meghan Mary Rodriguez, 37, initiated the sexual encounter. He also said he was worried that "she would fail him."

The boy reportedly spoke to the police first and then explained to his parents the nature of the alleged encounter. The arrest report further stated that Rodriguez initiated the illegal relationship and the boy played along, fearing he would be failed otherwise. Police officers met with Rodriguez in the Navarre High School principal's office on March 3, the day the tip was received, and the teacher reportedly admitted to kissing but denied claims of further sexual intimacy. Daily Mail has even obtained notes from the exchange that occurred between the teacher and the officers on over two days. "Meghan asked me what was going to happen next," an excerpt from investigator's notes in the report read. "I explained to her I still had an investigation to conduct and at the conclusion of my investigation she could have a warrant for her arrest. She then asked me what the less extreme outcome could be. I told her the less extreme is nothing happens," he continued. "Meghan then asked me if there was a middle ground."

Fla. Teacher, 37, Allegedly Had Sex with 17-Year-Old Who Was Worried 'She Would Fail Him'​ https://t.co/Ad0jOXN4wv

When Rodriguez's husband was interviewed with regards to the case, he said he'd seen the two text each other and that he didn't see anything inappropriate with the exchange but mentioned that the boy referred to her as a "cute teacher." An interview conducted with the student on April 28 revealed that Rodriguez was getting increasingly involved in his personal life and favored him among others. He reportedly grew extremely worried about his grades during a trip to Orlando when Rodriguez allegedly told him that Suzanne Wilcox, another teacher, didn't like him because he had hurt Rodriguez's feelings and that she knew they were "romantically involved."

*raped
Stop calling it something else when it’s a female predator and a male victim. The age of consent in FL is 18 they did not “have sex”, this was rape.

He further said Rodriguez was so angry and frustrated with him that she cleared six people from a hotel room during the visit just so that they could talk for 15 minutes about his feelings for her. Meanwhile, the police report said that the boy regretted the sexual encounter immediately after: "(The student) insisted that this only occurred once and he regretted it afterward," the report read. Speaking to Pensacola News Journal, Connie Carnley, the school district's assistant superintendent for human resources said: "It was under investigation and she chose to leave our employment." On June 11, the teacher was booked into a local jail on a count of a second-degree felony charge of sexual assault on a minor, with the arraignment suggesting she is being held without bond.

even if he was 18 it would be unethical in that situation ..