Sylvester Stallone's Ex-Wife Regrets Marrying Him As Things Got Ugly: "He Begged Me To Marry"

Brigitte Nielsen was just 22 years old when she married Sylvester Stallone who was 17 years her senior. 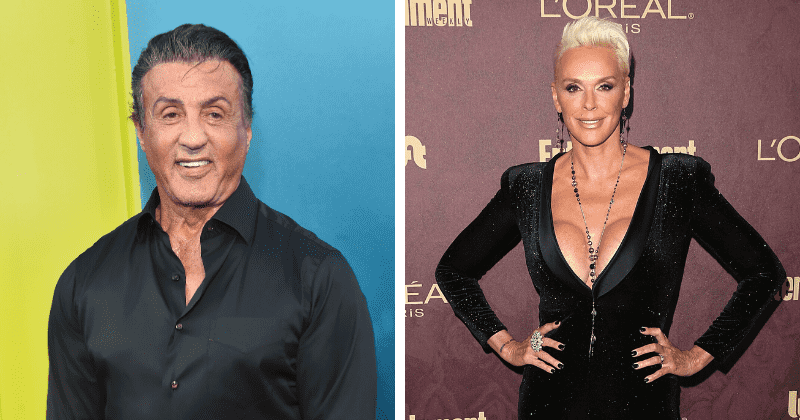 When Brigitte Nielsen tied the knot with Rocky star Sylvester Stallone in 1985, she was just 22 years old whereas he was 39.  "At the time, they were... very much in love," said Irwin Winkler, a longtime friend of Stallone's and the producer of Rocky. However, things quickly turned sour after just 19 months of being married to each other and they filed for divorce, according to Entertainment Weekly.

Can we please talk about how gorge Brigitte Nielsen is?! Sylvester Stallone did not deserve her pic.twitter.com/Xl7ms3W8HT

When they met, Stallone was a father of two. According to the Guardian, she paid a bellboy $20 to deliver her headshot and phone number to Sylvester Stallone’s hotel room. Both of them were married to other people at the time. However, Stallone divorced his wife and Nielsen left her first husband and infant son. The two were married within a year. Then things got messy. “It was a horrible marriage,” she admitted.

Later she said “Everybody looks at you as a villain. After I left Sylvester, I kind of felt like I was blacklisted for a long time."

Many accused her of marrying Stallone to forward her career. Others called her a gold-digger. Nielsen told Oprah: Where Are They Now? as per HuffPost that was far from the truth. “The biggest misconception, while I was with Sylvester, was the fact that everybody thought I married him because of money,” she said. “They didn’t understand that he begged me to marry. He begged me!”

They had known each other only for a few months before tying the knot which raised concerns for the Danish actress.  “I remember thinking, ‘This is too early. This is not right,’” she recalls. “At the same time, everybody was going, ‘Who wouldn’t want to marry Rocky?’” But after 19 months, she realized what a big mistake it all was.“If I would go back in time, I shouldn’t have married him,” Nielsen said.

“And he shouldn’t have married me! I don’t want to sit here and come across as an angel. I probably was also a pain in the butt at times... But it really just wasn’t for me, and it became very ugly, like some divorces do.”

Her career also suffered, she said. “When I left Sylvester, all doors closed on me,” she says. “I was basically blacklisted.”

She felt forced to return to Europe. “Thank god I had so much work, speaking four languages — Danish, German, English, Italian,” she shared. “Being able to work in all these different languages basically made me survive.”

Decades later, the former couple put aside their differences and reunited on the set of Creed II.  Nielsen admitted that she felt "incredibly emotional" on the first day of shooting. "My heart was beating very fast," she told PEOPLE. More than 30 years had passed since she played the character of Ludmilla Drago in Rocky IV (1985), and she shared how life had drastically changed ever since. "In 1985, I was married to Sylvester and this time I am the ex-wife," she said. "We are two professionals and we kept it that way. He stayed in the American corner and I stayed in the Russian corner. We were on opposite sides but it was pleasant."

Personally, the stars have moved on. Stallone is currently in a long-lasting marriage with Jennifer Flavin while Nielsen is happily married to Mattia Dessi.

Stallone's two divorces had left him “battered,” “scarred,” trashed,” and “humiliated”, according to People Archives. However, he ended up becoming a family man thanks to wife Jennifer Flavin, 51, with whom he's been with for over 30 years. They two have been married for over 22 years. They have three daughters together, who are models like their mother.

The 74-year-old actor talked about living in a house with four women. “I basically just keep my mouth shut and don’t cause waves,” he said on the Ellen Degeneres Show in 2016, according to People. “Again, she’s fantastic, but it’s all women. Women rule. Even the dogs, they’re female and the one male’s been neutered.” Looks like Stallone didn't have a "rocky" ending after all.