A Portland State University student singing the national anthem was joined in by an opera singer to make for a breathtaking duet. 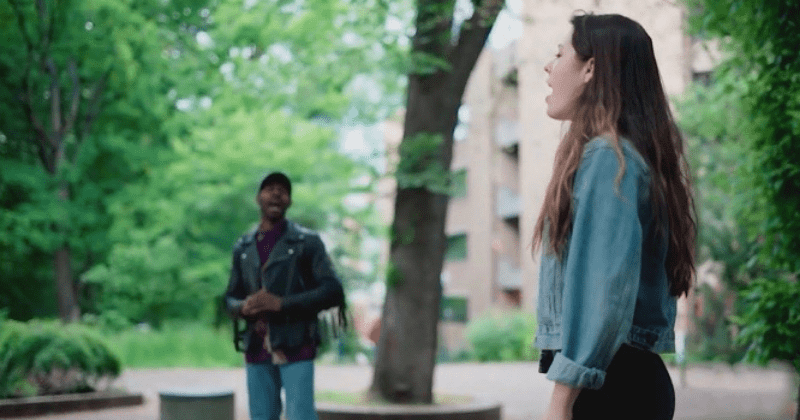 Madisen Hallberg, a graduate of Portland State University's College of the Arts, was getting ready to pre-record her own rendition of the "Star-Spangled Banner". It was for her upcoming virtual commencement and was soon joined by an opera singer for a breathtaking duet that has now captured the hearts of millions across the nation, reports Today. Hallberg, from the class of 2020, was working with her university's video crew and in the process of recording speeches and performances to celebrate the graduating class. And that's when the chance encounter occurred.

For their online graduation, a @Portland_State University grad student was recording the national anthem in an empty park.

A stranger walked by and asked if he could sing along. He happened to be an opera singer.

This is what happened.

As the team started recording the graduate's rendition of the national anthem in an outdoor setting, Emmanuel "Onry" Henreid, a professional Opera singer known for performing with the Portland Opera, who was passing by, asked if he could join in and proceeds to sing the anthem with her. What happens next is a stunning duet that has wowed people when the nation continues to go through turmoil. Although Hallberg was surprised by her unexpected partner, she continued singing the tune as Onry joined in. Talking to Good News Network about the beautiful experience Hallberg said: "Once he started singing I immediately relaxed into the sound of his voice. His voice was so good, and I realized I was getting the chance to sing with a super talented musician!”

While filming the National Anthem for her virtual college graduation, a stranger asked Madisen Hallberg if they could join in the singing.

That stranger was classically trained opera singer Emmanuel 'Onry" Henreid who sings for the Portland Opera.pic.twitter.com/X9BdZp0FTs

Henreid has been keeping himself busy singing at Black Lives Matter protests since the lockdown caused by the pandemic brought the cancellation and closure of all events. At the moment he has been trying to keep his instrument (vocals) in shape hoping things would open back up again soon. "I saw it as a total blessing—and getting the chance to do that felt truly special during this time of the virus where we as musicians are often isolated," Hallberg continued. "I was totally surprised that someone would have the courage to just walk up and ask, but that’s something that I admire about him."

Meanwhile, Onry spoke to NBC- affiliate KGW and shared his thoughts on this fortunate happenstance and said: "As an African American male walking the park blocks, I didn’t see a white individual or a woman. I just saw what felt like music. I passed and I was like you know what let’s just do it, just be brave and ask if she wants to sing together." Hallberg also spoke about the impromptu collaboration and said: "When you collaborate with someone and sing with someone, the most important thing you can do is listen to them. And listen to what they’re doing with their voice, and adapt to that and shape your tone and your pitch around them so it's harmonious."

The post which has been shared on PSU's official Facebook page has received over 77.5k views and 1.1k reactions from people over the country. Posting a comment on the post, Onry wrote:  "Sometimes the most spontaneous, intuitive and creative moments birth forth the most impactful and lasting memories. As illustrated in the video the world around us is ever-changing. As you continue your personal journey remember to take chances, find your voice, and collaborate. We are stronger when we face this beautiful yet daunting world together."

People of the social media site were quick to laud the beautiful rendition with many adding positive comments of the performance. Joy Thomas wrote: "Beautiful! Brought tears to my eyes. Wish the whole world could be brought together so spontaneously. Thank you, Emmanuel Henreid." Pam Mauney wrote: "Wow! Awesome, talented people like you two are giving this great country so much hope during these trying times. Thank you both for sharing your incredible talents." Sara S Munir said: "Viewing and listening to the harmony of this performance was an incredible experience, thank you sharing your remarkable talents with us!"