She tried to shame him on Facebook, but it backfired on her instead. 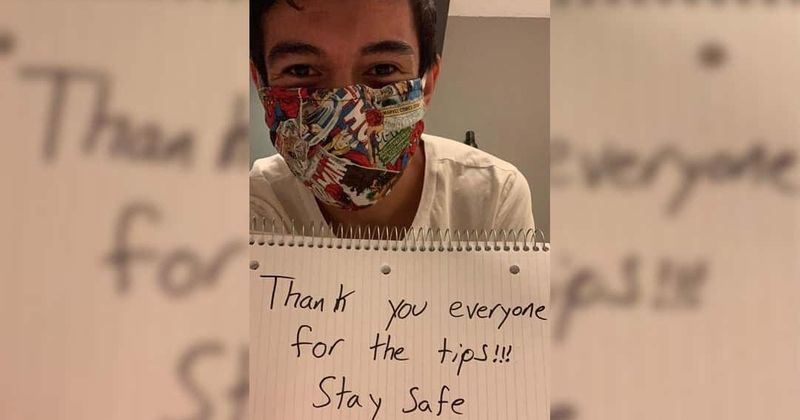 Yet another entitled white woman aka a "Karen" from San Diego thought she could shame an employee just for doing his job.  Amber Lynn Gilles took a  picture of an employee, identified as Lenin Gutierrez, at a Starbucks on Genesee Avenue in San Diego after he refused to serve her for not wearing a mask. She captioned the picture: Meet lenen from Starbucks who refused to serve me cause I’m not wearing a mask. Next time I will wait for cops and bring a medical exemption.

The post, however, ended up backfiring on her with comments in support of Gutierrez instead. After seeing these comments, Matt Cowan of Irvine, started an online fundraiser,  New York Post reports.  The GoFundMe page reads: Raising money for Lenin for his honorable effort standing his ground when faced with a Karen in the wild.

On June 23, Cowan gave an update, writing: We hit the $5,000 goal. You all are absolutely incredible. update from Lenin cause he wanted to say thank you to everyone. So you are all aware, him and I will be meeting in San Diego so that he can receive all the funds in person.

Cowan's fundraiser has raised $27,863  at the time of this publication.

Gillies continued to fight for her cause in the comments section of the post. She wrote: I just want to thank all my haters couldn’t have done without you. Another time, she eloquently added: Masks are stupid and so are the people wearing them. Francisco Alejandro Lopez responded: I hate the whole mask thing, but I don't blame the kid behind the counter. They need to follow the rules that they are given by their supervisors... supervisors dont want to get in trouble either.

Aja Oshun wrote: You are a privileged mess. It’s almost satire how incredibly aloof you seem. Sarah Elizabeth joked: You thought people were going to be in your favor? Hahahah

I'd paid cash to take a look at that "medical exemption"

The employee Lenin Gutierrez himself left a video in the comments section writing: I’ve received numerous messages asking for my side of the story. Since this seems to be the most popular thread I decided to post my personal experience here. Thank you all for the love and support.

According to Fox 6 Now,  on the video he posted on June 24, he  said that Gillies “flicked him off” and began “cursing up a storm” after he refused to serve her. He said she briefly left and later returned just to take a photo of him. She then threatened to call Starbucks corporate. In his video, Gutierrez said he has always dreamed of becoming a dancer and teaching others the art of dance. He can now “make those dreams a reality.”

According to San Diego County guidelines, citizens must wear face coverings in many public spaces, including “inside of, or in line to enter, any indoor public space.” In its written notice about face coverings, the county states that “everyone should help protect others by following health orders.”

It does state, however, that those with a health condition that prevents wearing a mask are exempted. A rep for Starbucks, meanwhile, told KGTV in a statement that the company wants “everyone to feel welcome” at its locations. “We respectfully request customers follow social distancing and safety protocols recommended by public health officials, including wearing a facial covering when visiting our stores,” the statement read.

Gilles, 35, who started the incident with her post, also said she wants some of the money and is threatening to sue the page creator for defamation and slander.

Yes, she DID threaten him and then made few crazy posts, which she kept on editing nonstop. Thank goodness for the screenshot feature! #KarensGoneWild pic.twitter.com/jQdLqQw95E