'Two and a Half Men' Star Conchata Ferrell Dies At 77 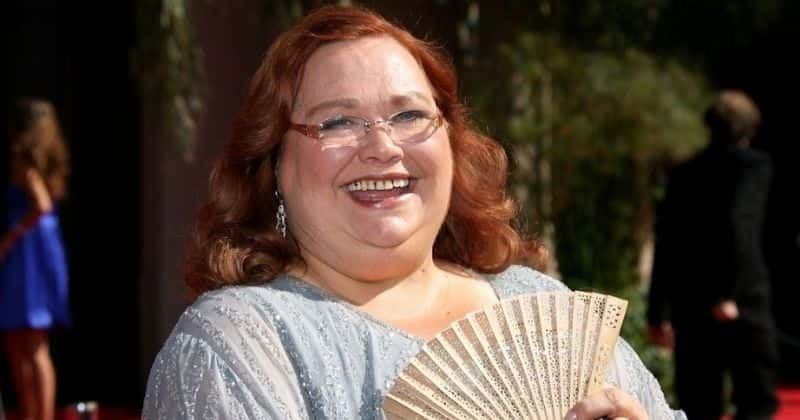 Actor Conchata Ferrell, best known for her portrayal of a no-nonsense housekeeper on the CBS comedy Two and a Half Men, passed away on Sunday at 12.30 p.m. She was 77 and died of complications after suffering a cardiac arrest. She was at the Sherman Oaks Hospital in Sherman Oaks, California and reports suggest she died peacefully surrounded by her family members. For her prolific role as Berta on the hit sitcom, Ferrell was nominated for an Emmy on two occasions in the Supporting Actress in a Comedy Series category. She played Berta from the series' inception in 2003 throughout the 212 episodes until it ended in 2015. She also picked up an Emmy nomination back in 1992 for her role as Susan Bloom in L.A. Law for Outstanding Supporting Actress in a Drama Series.

We are saddened by the loss of Conchata Ferrell and are grateful for the years she brought us laughs as Berta which will live on forever. pic.twitter.com/pGQaQveSxm

Ferrell came into the limelight in 1988 in the cult classic film, Mystic Pizza reports Comic Book. She played the part of a pizza shop owner named Leona in the film. Before this, she starred in her first major film, a western, as Elinore Randall Stewart in 1979. She appeared in a clutch of other sitcoms over the years that included Buffy the Vampire Slayer, E/R, Matlock, Good Times, and The Love Boat. Her most recent appearance was onThe Ranch and A Very Nutty Christmas. But it was the theatre where she made her foray and accomplished a lot. As a stage actress, she was one of the original members of the Circle Repertory Theatre in New York and won accolades for numerous performances on Off-Broadway productions such as The Sea Horse, for which she won numerous awards.

According to Deadline, these include the Drama Desk Award, a Theatre World Award, and an Obie Award for Best Actress in 1974. Her other well-known stage act was in The Hot I Baltimore which led her to Los Angeles where she starred in the Norman Lear series in 1975. Other movies that she was a part of were Network, Edward Scissorhands, True Romance, and Erin Brockovich. In a tweet thread, Ferrell's Two and a Half Men co-star, John Cryer mourned her death and paid a tribute to her. He wrote: She was a beautiful human. I’m crying for the woman I’ll miss, and the joy she brought so many. In another tweet, he stated: I remember her first day on 2 1/2 Men. It was our second episode and I felt so lucky that they’d been able to cast her on the show.

This year we’ve lost so many extraordinary talents.
There were none whose subtle, dry, in your face, nonchalant, delivery of a line, hit you like Conchata Ferrell’s. There were times you’d have to study the burn for that delayed laughter. She was funny & this loss is unspeakable

Oh Conchata! Lights dim, then dark, at the news. One of our great actresses. How lucky I was to see you onstage as “Hot L Baltimore” launched you to recognition. You were to me an aspirant’s dream!! Thank you for the generous fun and brave portrayals.

He added: I gushed to her about what a fan i was of hers and she simply refused to believe it. Cryer further asked his followers to check out Ferrel's "wonderful body of film work" and her stage roles. He stated in another tweet: I’m glad that I absolutely knew how fortunate I was to share a stage with her. I treasured every moment and will continue to until we meet again. I have a feeling she’ll call me "Zippy." Charlie Sheen, the former lead of the sitcom, also wrote in a tweet: An absolute sweetheart, a consummate pro, a genuine friend. Berta, your housekeeping was a tad suspect, your ‘people’ keeping was perfect. Two and a Half Men co-creator Chuck Lorre said in a statement, "We called her Chatty. And we all loved her. Twelve years of highs and lows, and lots and lots of laughter. Through it all she was a rock. One of the greats. I was privileged to call her a friend.”

“I got on stage, the laughs started coming, and every pore in my body opened up, and in my head I went, ‘This is it’.”

Farewell, Conchata Ferrell, one of the very best ones. 💔 pic.twitter.com/YvCQvUc8Gd

Circle Repertory Theatre's founding artistic director, Marshall W. Mason said, "Conchata Ferrell was exactly the kind of artist for whom we created our theater – a deeply honest performer who would inspire our playwrights to create roles for her. She was our first home-grown star."

According to BBC, in an interview with the AV Club, in 2014, Ferrell had noted that the role of Berta was supposed to be an eastern European woman originally. As Berta, she was able to vicariously live through her lovable yet cantankerous character. She said, "I love playing women who have the nerve to do things that I don't have the nerve to do, and Berta is certainly one of those," adding that "Well, she's that person I wish I could be, and someone I think all of us kind of wish we could be: someone who can just say what's on her mind and not worry about it."

Conchata Ferrell was an incredible actress...Mystic Pizza, Edward Scissorhands, Erin Brockovich and so many others. Loved her in Two and a Half Men. She made that show. RIP and you’ll be so missed! ❤️🙏❤️🙏❤️🙏❤️🙏