South Dakota Woman Thought She Had Kidney Stones, But Gave Birth To Triplets

Dannette Giltz unexpectedly discovered she was in labor with triplets when she went to the hospital with pain from what she thought were kidney stones. 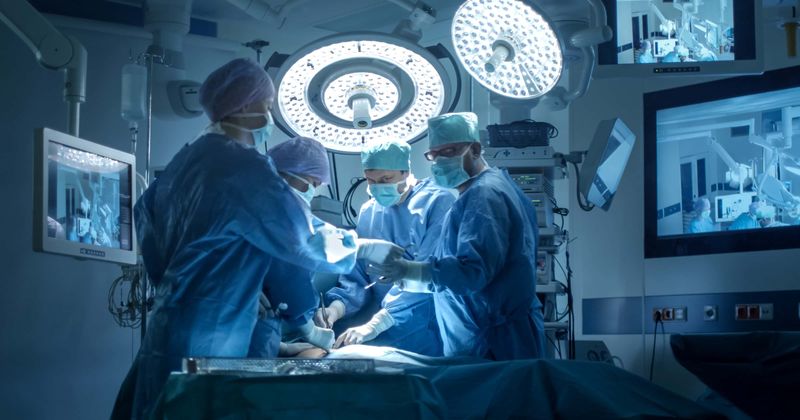 A South Dakota mom who recently gave birth to triplets didn't realize she was pregnant she went to the hospital to treat pain from what she thought were kidney stones. Dannette Giltz, a mum to two other children, was rushed to the hospital recently with severe pain. "I started getting pains, I figured it was kidney stones because I've went through them before," Giltz told KOTA TV. But when she got to the hospital, doctors told her she was in labor, and to expect twins. And then, after two babies were born, Giltz was suddenly told that there was another baby inside her, waiting to be birthed. "Once we left the hospital, she's out of the hospital, I know she's okay. I'm overwhelmed honestly, it's still exploding in my head," said Austin, Giltz's husband, who named the triplets Blaze, Gypsy, and Nikki.

The Giltz's are now a family of seven. "You don't ever see triplets being conceived naturally, let alone going 34 weeks without knowing," Giltz said. "So, everyone's like, I can't believe it, I'm like, 'We're still in shock, trust me, we know what you mean.' Like, I go to the doctor's thinking I'll have surgery for kidney stones and end up going into labor with a c-section that night. It's crazy." According to Giltz's Facebook posts, all three babies are doing well and the family should be going home any day now. On a Facebook fundraiser page made to donate baby supplies to the family, the mom explained that she hadn't felt any movement or experienced morning sickness that could have alerted her to the pregnancy. The triplets were born within four minutes, and each weighed around 4 pounds, USA Today reports.

The Giltz family told KOTA TV that they're grateful for the generosity of the Black Hills Community, where they live. They don't believe they would have received the same treatment anywhere else. "It's amazing in a small town how many people will come together for stuff that's not expected," the new mom said. Ronnie Giltz, the couple's 10-year-old son, is overjoyed by the new additions to his family. "One time I saw a shooting star and I wished for a baby brother," he said. "And I wished for like two sisters for my little sister because she always wanted a little sister, I knew this day was always going to come."