We take a look at the multifacted star: from award-winning actress to badass single mom. 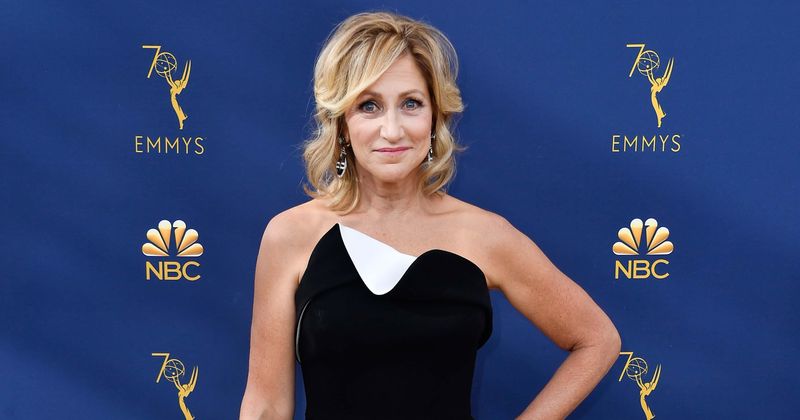 Edie Falco turned 57 on July 5 and the actress received tons of warm wishes online. MercyForAnimals captioned a photo of the actress, writing: Animals are mistreated in ways I had not imagined. I believe this is at the base of everything bad in society. If you don’t have respect for life of any kind, it will manifest in more obvious ways. Happy birthday to #EdieFalco—a true friend to animals! Julia K tweeted: Happy Birthday to one of the most talented & most genuine humans out there! I hope Edie Falco has the most fabulous day! Her acting skills are out of this fucking world! Still waiting for Edie and Mary McDonnell to star in a show together! I‘d be the happiest cupcake ever

Falco has spent a good part of those years playing some iconic roles. Most fans will remember her as Carmela Soprano on the hit show, The Sopranos. The David Chase-created series premiered in 1999 and aired for six seasons before it wrapped in 2007. When asked if she had a favorite moment from her time working on the series, she praised creator David Chase for those moments. “David Chase was brave enough to write scenes where there wasn’t a lot of dialogue,” Falco said on Talking Sopranos. “That was kind of unheard of on series television. […] And David would occasionally give Jim [Gandolfini] and I a scene where we didn’t say much.” Although she couldn't remember the storyline at the time, she did recall the power of writing as well as costar Gandolfini's performance. “I don’t think a word was said through the whole thing,” Falco said. “It ended up being just so moving, and so rich. It was one of a number of scenes Jim and I had where we didn’t talk. And I just loved [that].” Following season 1 of The Sopranos, even critics noticed the power of her acting which got her the Golden Globe and Emmy in both Best Actress categories, according to Cheat Sheet.

What may surprise fans is that the actress hasn't watched the show! That's right. Last year, when the cast reunited, at the SVA Theater on Wednesday in New York City for the 20th-anniversary panel discussion, she told Extra, “I haven’t seen the show, actually,” she told the outlet. “There are many, many episodes I haven’t seen.” However, she was happy to be part of the reunion again. “It’s completely surreal. It’s just weird. It was so nice to see everybody and have a moment of like, ‘Oh, this is really weird!’ At least we can all be open about the fact that we all had a certain amount of trepidation about showing up. Like, what is this going to feel like, you know? Many of these people I haven’t seen in 10, 15 years,” she said. Unfortunately, Gandolfini, who played mob boss Tony Soprano, died in June 2013 at age 51. He suffered a heart attack while traveling in Rome, reported PEOPLE. When asked what about him made him stand out, Falco said of Gandolfini, “I think ’cause he didn’t know how good he was.”

James Gandolfini and Edie Falco on the set of THE SOPRANOS, the landmark drama that changed television forever and first debuted on @HBO 20 years ago today. 💙 pic.twitter.com/0X4JTLnnP6

Falco told USA Today why she couldn't get herself to watch the show. "We got four episodes in and we just couldn’t continue. It wasn’t joyful. First of all, it was hard to see Jim (Gandolfini); he was young and healthy and excited. We were all so much younger then. The kids (Robert Iler and Jamie-Lynn Sigler) are now adults with their own children. We couldn’t do it; it was too evocative to be joyful. We were watching it at night, she was staying at my house on Long  Island. And I couldn’t sleep; I said, "What am I doing? I should be watching 'AGT.'" Maybe I’ll watch in another 20 years." The 57-year-old was is also popular for portraying the drug-abusing Nurse Jackie in the Showtime series that ran from 2009 to 2015. She more recently starred as Abigail "Tommy" Thomas, a New York City transplant who becomes LA's first female police chief, in CBS' Tommy. Talking about her character, she said, "She’s a cop to the bone, comes from a cop family. She’s very good at her job, takes it seriously; she’s passionate about it. She has a messy personal life, like many people I know. And she is ultimately a good person."

As for her own personal life, the actress adopted son Anderson in 2005 and daughter Macy in 2008, who were both infants at the time, as a single mom."At that time I was single and the idea to adopt came to me," Falco told Anderson Cooper, per US Magazine. "I just knew at a certain point it was time to raise kids." Falco believes in having honest conversations with her kids, especially about how other families do things. "I don't [worry] because I am really clear in my head what it's all about," she shared, "The second you are handed a newborn, it is yours. It doesn't matter what body it came out of. I've never felt more strongly about anything in my life." Her son Anderson, 14, and daughter Macy, 11, love being on the set of her new CBS show, Tommy, reports USA Today.

"My kids have grown up on sets," said Falco."My daughter runs around and hands out goodies to the cast and crew. I love it. The hair and makeup people put her in a costume of like a 1950s little waitress. It’s a candy-striped thing ... and she went around with a little tray. ... One of my dear friends is the prop girl, so Macy was helping her, and Macy has grown up with this friend of mine, so Macy was helping her take the paper towels off (the props)."I love that she can grow up like this," Falco added. "I hope that she’s enjoying it as much as I’m pretending that she’s enjoying it. But I love that she’s allowed to be there and she can see all this happen and (it’s) not mysterious what Mom does."