Heather Robinson was the daughter of Lisa Stasi, a 19-year-old single mom who was one of the 8 women murdered by John Edward Robinson. 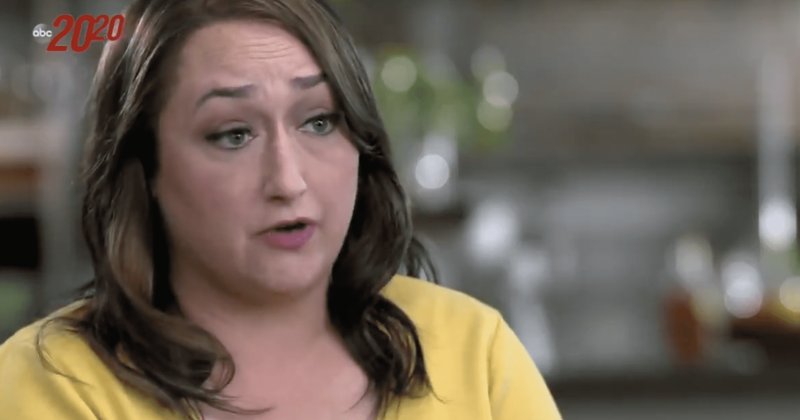 Young teen mom Lisa Stasi was one of the 8 victims killed by serial killer John Edward Robinson also known as 'slavemaster'. Lisa Stasi, went missing in 1985 along with her daughter Tiffany who was just four months old. It is believed that Robinson killed Lisa while Tiffany sat in the room and then disposed of the body which still hasn't been found. According to The Daily Mail, Robinson sold the infant to his brother in Florida.

“I know nothing of my mother. That’s haunted me my entire life.”

Heather Robinson speaks with @ARobach in an exclusive #ABC2020 interview, documenting her quest to discover what happened to her biological mom - airing Friday at 9|8c on @ABC. https://t.co/h0Ww9nGanw pic.twitter.com/XyqRipHcpZ

According to kansascity.com, Robinson, of Olathe, was charged in 2000 when police found bodies of women in barrels on his property in Kansas three more were found in barrels in a storage unit he rented in Cass County. The deaths of three other women who disappeared in the 1980s have been linked to him. He is often called 'slavemaster' as he and some of his victims were involved in bondage and shared a master-slave equation. After being caught, in 2002 a Johnson County jury found him guilty of killing 3 women over a 15-year period and he was subsequently sentenced to death. He is now in his 70s.

TOMORROW: A serial killer who used the internet as his hunting ground.
Now, listen to a stunning phone call with the killer and see what happened to the one baby who survived his madness. WATCH ‘Sole Survivor’ – The ‘20/20’ Event – Tomorrow night at 9|8c on @ABC. pic.twitter.com/o6lit5ePaE

Robinson was a married man at the time he murdered Lisa, with 4 children of his own. He forged adoption papers and sold Tiffany to his brother and sister-in-law. tiffany became Heather Robinson, and for the next 15 years, she was completely unaware that her mother's killer was her uncle. They renamed her Heather.

For the first time, Heather talks about her ordeal to co-anchor Amy Robach on  20/20. Robach told PEOPLE she thinks it’s fascinating that “in the midst of investigating the murderous spree of John Robinson, detectives discovered that missing baby Tiffany, presumed dead, was actually alive and being raised by John’s own brother. It was a shocking twist no one expected, especially Heather.”

Robach added, “Heather surprisingly wasn’t shocked to hear of John Robinson’s crimes. She says she always got an uneasy feeling from him growing up. Becoming a mother inspired Heather to search for answers about her birth mother and her early life. Heather’s dedication to finding out more about her mother — how she lived and how she died — is inspiring and heartbreaking at the same time.”Robach said that she has profound respect for Heather, citing her “ability to move forward despite all of the incredible tragedy she’s endured. She decided to not allow this trauma to define her. She wants to forge a new path and ultimately help others by telling her story.”

Heather shared with  Robach that finally knowing who her mother was didn't provide the solace she always expected to. “No, it made it worse,” Heather said. “Everything I had fantasized and created about Lisa was completely taken away.” The two-hour episode will also feature segments with Donald Robinson, John’s brother, and Heather’s husband, Roberto Ramos, who is helping his wife investigate Lisa’s past.