Luca Trapanese says his daughter has "revolutionized his life" 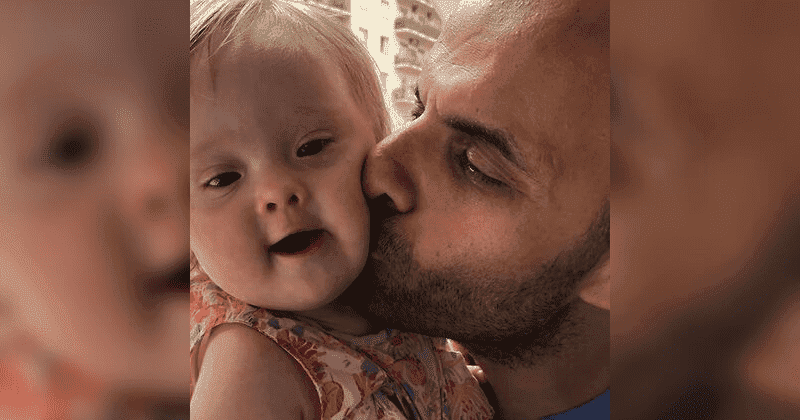 Luca Trapanese has been breaking societal norms all his life as a gay, Catholic, single dad. He often appears on talk shows and public debates where he meets people who refuse to accept the idea of gay men being allowed to adopt children. Seeing how there is a need for ground to be covered, Trapanese takes the conversation forward and insists that his adopting a one-month-old daughter with Down's Syndrome had nothing with breaking stereotypes. Instead, he adds that it was his dream to have a family, and that was fulfilled after he met Alba, a little girl who was rejected by 20 families before him. Although Trapanese was aware of the challenges caring for a special needs child would bring, he took the challenge head-on with open arms and an open heart. He claims he's learned a great deal about living with an illness when he was young.

In conversation with BBC, he said: "When I was 14, my best friend Diego discovered he had terminal cancer. When I found out about it, I decided to never leave his side. I went to the hospital with him, I helped him with his homework, and I would just always be there for him when he needed me." It is this experience that has seen him through all these years. He continued: "His parents had to work, so most of the time, it was just the two of us. I stayed with him all throughout this terribly sad, painful, experience right up to the very end. Even though we were just kids at the time, we were both very aware of the tragic situation. Diego was my best friend and I would do anything to help him. Diego's death left me with a profound awareness of what living with an illness meant. That's why I started volunteering with a church in Naples to help critically ill people and kids with disabilities."

When he was 25, he joined a seminary and spent two years studying to become a Catholic priest. However, things changed after he met his partner. In the 11 years, he was with his partner, he founded his own charity in Naples, working with people with disabilities. The two always had plans to start a family of their own and that they would adopt a child who was differently-abled. However, the couple broke up and he had to move into a house himself. What didn't break was his dream of being a father. There too, he faced a hurdle as single parents weren't allowed to adopt in Italy. To his surprise, the restriction was lifted in 2017 but was told he would be given a child with a disability or illness.

None of that mattered to him as long as he had a child of his own. That's when Alba entered his life. "In July 2017, I got a phone call from the Tribunal. They said they had a baby girl for me. Her name was Alba and she was 30 days old. She had Down's Syndrome and she had been abandoned by her biological mother. She had also been rejected by more than 20 families. I struggled to contain my joy. I immediately said yes. I rushed to the hospital to pick her up. She was in a teeny tiny cradle all by herself. When I first held her in my arms, I was overcome with joy. I felt she was my daughter straight away. It was the first time I held a newborn baby. Before that moment, I have always been scared but when I first held Alba, I knew I was ready to be her dad."

The new father was eager to bond with Alba and so he took her to his family home in the countryside. "They were the sweetest moments," he said, recalling his time there. He later threw a party to introduce the toddler to his family and friends who came together to shower the girl with love. His daughter is a feisty little girl who loves people. He said: "Alba has a very strong personality and she can be really stubborn sometimes. She would like to play and eat and dance all day long. She loves being with other people, so I take her for walks in the park, to the museum, and sometimes I even take her to work with me. She loves that."

Trapanese added that his daughter means the world to him and has changed his life. He continued: "Alba completely revolutionized my life. Now everything revolves around her. She brought me happiness and a sense of fulfillment. I am proud to be her dad. Alba was never my second choice because she has a condition, I wanted her to be my daughter. Being a single dad is hard but I have friends whose partners work all day and they're struggling as well. I think that being a parent is hard, full stop. I can see a future for myself now. I'll spend the rest of my life with the child I love and we'll do so many amazing things together."