trending celebrity people lifestyle news animals
Single Dad Adopts A Teen Abandoned At A Hospital: 'I Knew I Had To Take Him'

Single Dad Adopts A Teen Abandoned At A Hospital: 'I Knew I Had To Take Him'

Tony Mutabazi, 11, was in a heartbreaking situation after his adoptive parents left him at a hospital and never returned. 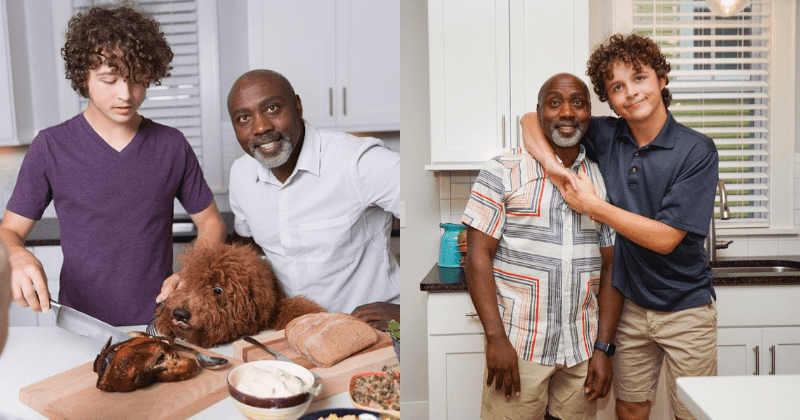 According to Childrenrights.org, around half a million children bide their time in the foster care system every day of the year. It's genuinely heartbreaking for every one of these little kids to grow up in a world with no one to call their own, even more so in the case of kids approaching their teens. Tony Mutabazi, 11, was in a similar situation after his adoptive parents left him at a hospital and never returned, only to be put into a foster care system with no guarantee of finding a family. Luckily for him, a two-year wait has finally yielded positive results, as he found a loving forever home with Peter Mutabazi, a Charlotte, North Carolina resident, reports Good Morning America.

To make sure the transition was smooth, Peter fostered the child before adopting him, and despite them having different interests, the duo has got on very well. Mr. Mutabazi met his now-son for the first time when he received a call from a foster care worker asking if he could take care of an 11-year-old for a weekend. Being a foster father for three years, he didn't hesitate to take on the responsibility even after knowing what he was dealing with—Tony was first placed in the foster system when he was two. He got adopted for the first time when he was four but was abandoned years later. "He asked if his parents were coming to get him and they said no," Mutabazi explained. "[We have] no idea why."

When he heard the boy's story, Mutabazi was in tears. Recollecting the scene, he shared: "By that time, I was crying. I thought, 'Who would do that?' Once I knew the parents' rights were signed off and he had nowhere to go, I [knew] I had to take him." Two years on from that incident, the duo has been inseparable. Their close relationship stems from a common denominator—Mutabazi, from Uganda, escaped home at 10 after suffering in an abusive household. His life changed for the better after he found a parent figure to guide him through life. "They became my sponsor, my family. I grew up the poor of the poorest people on the planet," he said. "I grew up where no one told me to dream, that there was no future for me."

Decades from then, Mutabazi moved to the United States and became a citizen. Presently, he works with World Vision United States—a non-profit dedicated to helping children from vulnerable places. He's even worked with a dozen children, helping them by offering support and guidance to move forward in life despite the odds. Coming to Tony, Mutabazi decided on becoming an adoptive father after meeting him for the first time. Explaining his decision, he said: "I had the room, the resources, so I had no reason to let him go. For what someone did for me I wanted to do something for someone else."

The boy was soon adopted at a Charlotte courthouse with Mutabazi's family and friends in attendance while foster care worker Jessica Ward facilitated the process. Speaking about the process, Ward said: "[Tony] had some issues that he was dealing with from foster care and trauma when he was abandoned, so Peter [knew] once he took him in, that was it. Peter's [Mutabazi] story all around is beautiful and amazing. Because of the age, Peter was when all of the things happened in his world, I feel like that's been such a connection for him and Tony." Having formed a strong bond, the dad-son duo spends a lot of time together watching movies, reading books, playing board games, and biking together.