Siblings Drown After Sneaking Away When Parents Thought They Were Napping

The two children died after they snuck out of the house to the dam 20 meters away from their house as parents thought they were taking a nap. 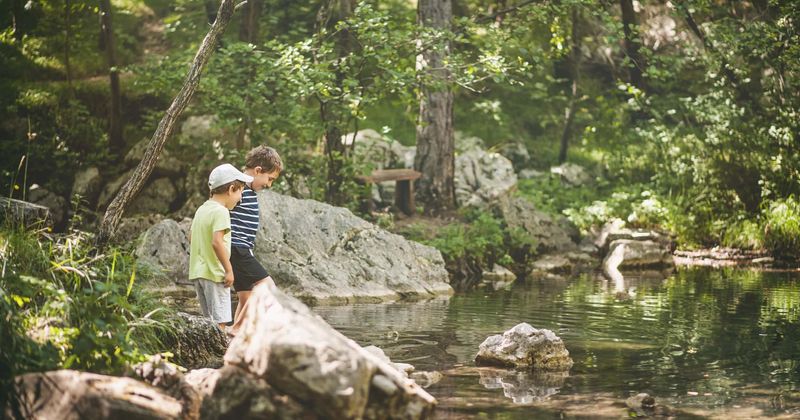 Trigger warning: This story contains details of the accidental drowning of minors that readers may find disturbing

Two children drowned after escaping to a dam when their parents thought they were in the house, napping. Dameon de Vries, 7, and his sister Kayle, 5, reportedly drowned in a dam on the Vlooikraal farm in Baardskeerdersbos, Gansbaai, in the Western Cape province of South Africa, reports The Sun. The incident occurred when their parents, Andre and Odete de Vries, thought the kids were taking a nap but they had, instead, snuck out of the house at around 4 p.m. on July 19. When the news of their disappearance spread, family members gathered to search for the pair and later made the horrible discovery.

According to News 24, their bodies were discovered just over 60 feet from their home at around 8 p.m. the same night and some of their belongings were found next to the dam. Speaking about the incident Sergeant Noloyiso Rwexana, a police spokesperson, said, "Upon arrival, the bodies of children aged five and seven, girl and boy respectively, were found. A death inquest case has been opened for investigation." The parents have been left devastated after the terrible loss of their children and struggling to cope with the tragedy. A local Facebook group, where the news was posted, saw an outpouring of support from the community.

Hester Elizabeth Barnard Fourie wrote: "So sorry it's terribly sad. Oh no. Lord please be with the parents and family of these children. Amen." Christoffel van der Merwe wrote: "...what a sad story ... Please convey our sincere and sincere condolences to them ... Are there still children who have to endure the pain?" Elsabe Fortuin wrote: "I'm so so sorry, so something that passes you by quickly or does not go away so a hurt that stays forever. I wish you all the best... my deepest sympathy. May the blood of Jesus come to heal your hearts and souls and may they have beautiful little souls. RIP."

Boy, 7, and sister, 5, drown in dam after parents thought they were nappinghttps://t.co/YAGJiI3ssv pic.twitter.com/0OeDs6c5lq

18-years-old schoolgirl known as Bridgenay Slinger has been allegedly murdered by her 21-year-old ex-boyfriend Roderick...

The region is no stranger to similar such instances which has witnessed several other tragic incidents occur within the same area. Just last month, Jayden Montagu, 10, reportedly drowned in the Gansbaai harbor after he fell off a wall. Although locals couldn't find the boy at first, they did manage to do so the following day. In yet another terrible story, again from last month from the region, an 18-year-old named Bridgenay Slingers was found murdered to the locale's horror. Her boyfriend Roderick Ward, 21, was found to be the perpetrator and was arrested later that day. Reports say Ward had been in a relationship with Slingers but they had recently broken up.

Dustin Lee Dennis, 31, is arrested for the deaths of his 4-year-old, Teagan, and his 3-year-old, Ryan.

The Oklahoma children died after 5 hours of being locked in a truck on a 90-degree day.

In yet another story back in the United States, two young kids were found dead in the heat after they locked themselves in the car for over five hours. Dustin Lee Dennis, 31, the father was charged with second-degree murder after his two children Teagan, 4, and Ryan, 3, died in a hot car incident in Oklahoma. However, after video footage emerged that the children entered the truck by themselves and didn't come out, the father was released. According to Fox 23, the incident took place outside Dennis's home in 1700 block of East 61st Street South, on Saturday according to an arrest report. He was arrested soon after and charged with two counts of second-degree murder. When questioned, Dennis said he drove to a convenience store with his children sometime in the afternoon that day and then returned home. Dennis fell asleep for a few hours and when he woke up he could not find his kids anywhere, he told the police. After searching for them for a while, he said he found them on the floorboard of the truck.