Kanye West's potential Vice Presidential candidate for the upcoming 2020 election is a pastor from Wyoming. 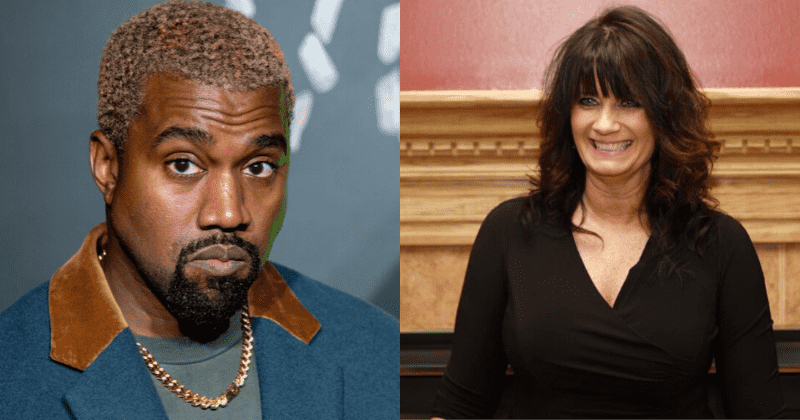 Kanye West had been toying with the idea of running for President for a few years now so it wasn't particularly surprising when he announced that he was actually going to run for the position recently. However, people still weren't convinced that he was serious about what he was doing. Now, the hip-hop superstar and businessman has revealed his choice of running mate, a preacher nobody has heard of before. According to Forbes, the "Flashing Lights" singer has chosen Michelle Tidball from Wyoming as his VP candidate.

Kanye West no longer supports Trump—“I am taking the red hat off, with this interview,” he told @RandallLane—and intends to run for election under the banner of “the Birthday Party.”

Naturally, the choice created quite a buzz on social media outlets as people began investigating online to gather as much information as they possibly can about the woman who has just been pulled into the nation's limelight from absolute obscurity. Despite the continued efforts, people weren't able to come up with substantial information about Tidball. The only scraps of information available include the fact that she lives in Cody, Wyoming, a town West has made his alternate home of sorts since 2018. The musician owns a ranch there and he reportedly got close with Tidball through their shared interest in religion. Forbes reports that the alleged running mate is 57 years old and runs her own online Bible study program in the town under the nonprofit name "Abundant Ministries."

Kanye West won’t mind taking Black votes from Biden, even if it‘ll aid Trump, @RandallLane reports. “To say that the Black vote is Democratic is a form of racism.”

West thinks he had coronavirus 5 months ago. He’s mistrustful of vaccines, calling them “the mark of the beast.”

The website is called Yarash, and in it, she describes herself as a "biblical life coach" who organizes weekly teleconferences with her congregants and showers biblical teachers on her followers. In a bio page available on the website, which at the moment has the only known picture of her, Tidball claims she has various degrees in criminal justice and mental health and that she worked as a mental health therapist for ten years before moving on to become a life coach. In the bio, she wrote: "I pursue God!  As long as I can remember including a time when I was six months old and my mother awoke to find that I was slipping away into a crib death. In a hospital tent, God first visited me and spoke life which I can still recall today. Being raised in the church I loved God, encountered Him, but wanted to know more. At seventeen I made the decision to follow Him all the days of my life! The first thing God did was teach me about His Sabbath, Feasts, and Word!  I began walking in His cycles and began to know and understand."

The way America is running currently it’s all a bad joke. Kanye is just a little more icing on the cake..

She continued, "I have been involved in almost all aspects of ministry including speaking, pastoring, prayer, teaching, and the most time spent in bringing deliverance to those who are in bondage. My heart has always been to walk in maturity and to bring others into maturity to be about His business and see the completion of things He mandated before the foundations of the world." Forbes further reports that Tidball also served as an executive director at Bright Futures Mentoring Progam, which is a nonprofit that worked to help mentor locals in the community. She identifies herself as someone who doesn't "watch news", a fact she let people know in one of her recent teleconferences. Despite all the speculation, it is still unclear whether West has asked her to be her running mate if she has even accepted the invitation.

West’s campaign slogan is “YES!”, he’s running as part of the “Birthday Party”, & his Vice President will be Michelle Tidball, a preacher from Wyoming.

“Because when we win, it’s everybody’s birthday,” said Kanye on the meaning behind his party’s name.

West also released his 2020 election campaign slogan would and said it would be “YES!” Speaking to Fobes in the interview, the 43-year-old said, “Well, my second album is called Late Registration. I got a rap … The other thing is, my campaign is Kanye West YES, not YEP, not YEAH. YES. YES. YES... When I’m president, let’s also have some fun. Let’s get past all the racism conversation, let’s empower people with 40 acres and a mule, let’s give some land, that’s the plan."

First, West reiterated that he’s running this year under a new political banner, the Birthday Party, with Michelle Tidball, an obscure Wyoming preacher, as his running mate. West-Tidball 2020? (2/x)