trending celebrity people lifestyle news animals
A Shark Grabbed A 10-Year-Old Off A Boat. His Hero Father Jumped In And Saved Him.

A Shark Grabbed A 10-Year-Old Off A Boat. His Hero Father Jumped In And Saved Him. 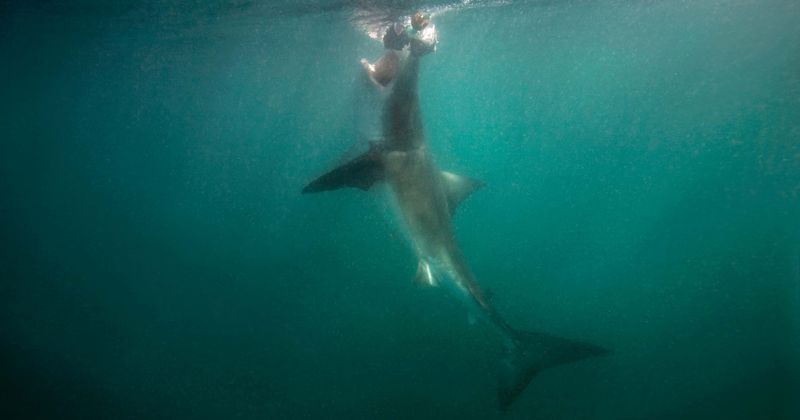 In a daring rescue, a father saved his son, quite literally, from the jaws of death in Australia. On July 17, the boy and his father were out in the waters off the coast of Tasmania when a shark pulled the 10-year-old from a boat and into the water. But the animal was to meet a formidable opponent in the form of the boy's father. The father quickly jumped into the water to save his child. The child did, however, suffer some injuries on his head and arms. According to a post put up by local authorities about the incident, the boy is said to be in a "stable" condition.

A heroic father. We're glad this boy is going to be ok! https://t.co/4NrUxRJxbU

"A 10-year-old boy has been taken to the North West Regional Hospital following a shark attack this afternoon off Stanley on Tasmania’s North West Coast," a Facebook post by Ambulance Tasmania stated. It added, "The boy, from the North-West, was aboard a six-metre vessel on a fishing expedition about five kilometres from shore with his father and two other men when a shark grabbed him from the boat. The boy’s father jumped into the water at which point the shark swam off. The boy, who was wearing a personal flotation device, suffered lacerations to his arm, and other cuts to his chest and head. He is in a stable condition." Shark attacks are a common phenomenon in Australia. According to CNN, a 29-year-old woman named Anika Craney was attacked while swimming off Fitzroy Island near Cairns on July 14.

She had been shooting a documentary about sharks but had taken the day off when she was attacked. Craney is presently recovering in a hospital. On July 11, another case of a shark attack was reported where a 15-year-old boy was killed while surfing in New South Wales. A 36-year-old man in Queensland died in another shark attack while he was spearfishing earlier this month. Last month, a 60-year-old surfer died at Salt Beach near Kingscliff on the far north coast of New South Wales. According to a CBS, in April, a 23-year-old boy working at his "dream job" in the Great Barrier Reef was killed in a shark attack. Zachary Robba was employed by the Queensland Parks and Wildlife Service. He was fatally mauled by a shark while on his rounds.

Annastacia Palaszczuk, the Queensland state Premier said of the tragedy,  "Once again a family out there is grieving for a young man who tragically has lost his life in this horrific shark attack." Robba was a graduate of Iona College and was described by an acquaintance as doing what he loved the most since it was Robba's "dream job and he embraced all that it entailed." The report also said there have been at least three attacks in the Great Barrier Reef before Robba was killed. Last October, two British backpackers were attacked while snorkelling at Hook Island in the Whitsunday Islands. One of the men lost his foot. In March 2019, a 25-year-old man was attacked and suffered serious thigh injuries. In November 2018, a 33-year-old doctor was also killed after being attacked by the animal.

"For every one shark that you see, there might be 10 or 100 sharks that see you. You just don't realise because they're not mindless killers. If you think about how many people are in the water on a daily basis - especially in summer in Australia - you've got to imagine that this kind of thing is happening all the time and we just don't realise," Rob Townsend an expert from SeaLife Sydney told 7news.