The Charmed star was first diagnosed with breast cancer in March 2015 and had to undergo grueling chemotherapy in 2017. 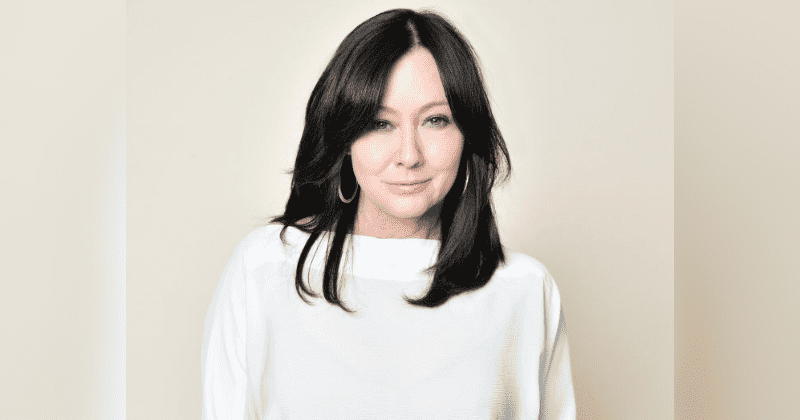 Shannen Doherty left her fans shocked in February 2020 after sharing that she was battling cancer once again. During an emotional interview, the pop culture icon revealed that her breast cancer had returned. Now, the Beverly Hills, 90210 star is quietly giving her fans updates on her stage 4 cancer battle. Appearing on a virtual panel for her new movie List of a Lifetime on September 14, the 50-year-old explained the importance of sharing her story with everyone. "I feel like I have a responsibility in my more public life, which I separate from my acting life … to talk about cancer and perhaps educate people more and let people know that people with stage IV are very much alive and very active," US Weekly quoted her as saying.

"My husband, [Kurt Iswarienko], says that you would never know that I have cancer," she continued, reported PEOPLE. "I never really complain. I don’t really talk about it. It’s part of life at this point." Back in October 2020, she told friend, Sarah Michelle Gellar, "I want people to not hear stage 4 cancer and think of the person that is gray and falling over and they can't move and they're going into hospice and they can't work." During the interview with Entertainment Tonight, she noted, "You get written off so quickly, even though you're vital and healthy and happy and wanting to go out there and work. Everybody's terminal. I might live a lot longer than somebody who's perfectly healthy. You have no idea."

The Charmed star was first diagnosed with breast cancer in March 2015 and had to undergo grueling chemotherapy through February 2017. Two months later, Doherty announced that she was in remission. But then, the aggressive disease returned. "It’s going to come out in a matter of days or a week that — I’m stage IV. So, my cancer came back. And that’s why I’m here," she told Good Morning America last year. "I don’t think I’ve processed it. It’s a bitter pill to swallow in a lot of ways."

Initially, the Tennessee native decided to keep the news under wraps while filming the 2019 series BH90210. The actress wanted to prove that even stage 4 cancer patients could work despite their health conditions. But she had another reason to keep the news to herself. During that time in March 2019, her former costar Luke Perry had passed away and the Heathers star simply wanted to honor his memory. "It’s so weird for me to be diagnosed and then somebody who was, you know, seemingly healthy to go first," she said on the chat show. "It was really, like, shocking. And the least I could do to honor him was to do that show."

"One of the reasons, along with Luke, that I did 90210 and didn’t really tell anybody [was] because I thought, 'People can look at that [and see] other people with stage IV can work too.' Like, you know, our life doesn’t end the minute we get that diagnosis. We still have some living to do," she added. Doherty's upcoming movie is about a woman who reconnects with her biological daughter following her breast cancer diagnosis. The Webby Award winner is reportedly playing the role of the daughter's adoptive mother. When asked, if she like the lead character in the movie has made a bucket list of her own or not, Doherty said, "I’m very much, like, there’s no bucket list because I’m going to be the longest-living person with cancer."

"If I had to say one, it would just be living. That’s the only thing on my list at this point," she explained. Doherty previously revealed that she was having a hard time coming to terms with her condition and saying goodbye to her family as it "feels so final." Speaking to Elle, she expressed, "I haven’t sat down to write letters. That’s something I need to do. There are things I need to say to my mom. I want my husband [Kurt Iswarienko] to know what he’s meant to me. But whenever it comes time for me to do it, it feels so final. It feels like you’re signing off, and I’m not signing off. I feel like I’m a very, very healthy human being. It’s hard to wrap up your affairs when you feel like you’re going to live another 10 or 15 years."