trending celebrity people lifestyle news animals
Shannen Doherty Breaks Down As She Reveals She Has Stage 4 Cancer: "My Cancer Came Back"

Shannen Doherty Breaks Down As She Reveals She Has Stage 4 Cancer: "My Cancer Came Back"

The actress announced the return of her breast cancer after she was in remission in 2017. 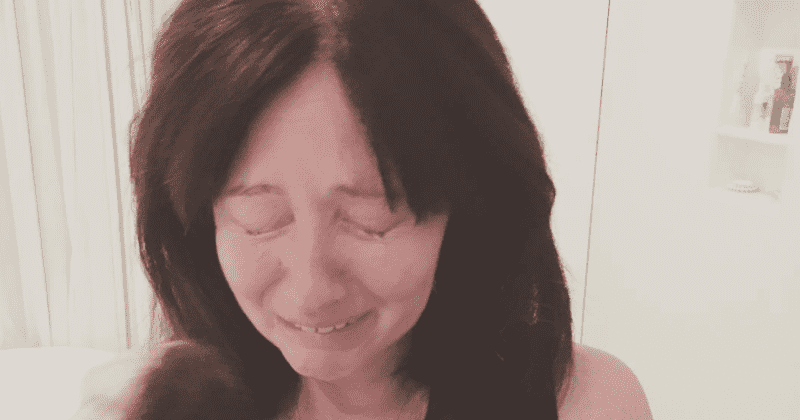 Shannen Doherty recently revealed that her cancer is back, and it is now at stage 4. She shared her first breast cancer diagnosis in 2015 and was in remission in 2017. The 48-year-old actress who is best known for her roles in shows like Charmed and 90210 shared her story with Good Morning America. "It's going to come out in a matter of days or a week that -- I'm stage four. So my cancer came back. And that's why I'm here," Doherty told ABC News' Amy Robach in an interview that aired Tuesday. "I don't think I've processed it. It's a bitter pill to swallow in a lot of ways."

"I definitely have days where I say why me. And then I go, well, why not me? Who else? Who else besides me deserves this? None of us do," she said. "But I would say that my first reaction is always concern about how -- how am I going to tell my mom, my husband." Doherty initially wanted to keep the news private. But later decided that "I'd rather people hear it from me. I don't want it to be twisted. I don't want it to be a court document. I want it to be real and authentic," Doherty said. "And I want to control the narrative. I want people to know from me, I just didn't want them to know yet."

Apart from her battle with cancer, Doherty is also in the middle of a legal fight with her insurance company State Farm. But she isn't going to let anything slow her down. She added, "I think the thing I want to do the most right now is I want to make an impact," she said. "I want to be remembered for something bigger than just me."

I think of you often. I’m 44 and going through chemo for breast cancer. You have been an example of strength for me, so thank you! pic.twitter.com/Tappx8Nc1P

She even went back to work on the set of the 90210 reboot, which was also just four months after her friend and former co-star, Luke Perry's death. "It's so weird for me to be diagnosed and then somebody who was, you know, seemingly healthy to go first," said Doherty. "It was really, like, shocking. And the least I could do to honor him was to do that show. I still haven't done, in my opinion. So it's a hard one." She continued, "One of the reasons, along with Luke -- that I did 90210 and didn't really tell anybody because I thought, people can look at the fact that other people with stage four can work too. Like, you know, our life doesn't end the minute we get that diagnosis. We still have some living to do," she said.

She turned on to her co-star, Brian Austin Green to help her during 15-16 hours-long filming days on set. "I had moments of great anxiety where I thought, 'I can't really do this,' and Brian was the one person who -- of that group of people that knew -- that I told, like, pretty quickly and said, 'Here, the -- this is what I'm dealing with,'" she said. "So prior to shooting he would always call me and say, 'Listen, you know, whatever happens, I have your back.' He would look at me and be like, 'We got this, kiddo'... so Brian helped me through a lot."

According to People, last year the actress was excited to be healthy again. She had revealed the cancer diagnosis had changed a lot of perspectives in her life. She said, “I love that my body is strong and that it has the ability to fight something like cancer. I’m trying to show it more appreciation by going to a nutritionist, Dr. Philip Goglia, and doing strength training and boxing at Box ’N Burn almost every day. My perception of sexy has changed. For me now, sexy is strength. Sexy is vulnerability. Sexy is compassion. Sexy is grace. Why should I care so much about the physical shell?”

I can't begin to process this, this cannot be happening. I'm so incredibly sad! I grew up with her, we're around the same age, first Luke, and now this. This is just too much!😢🙏🏾😢🙏🏾