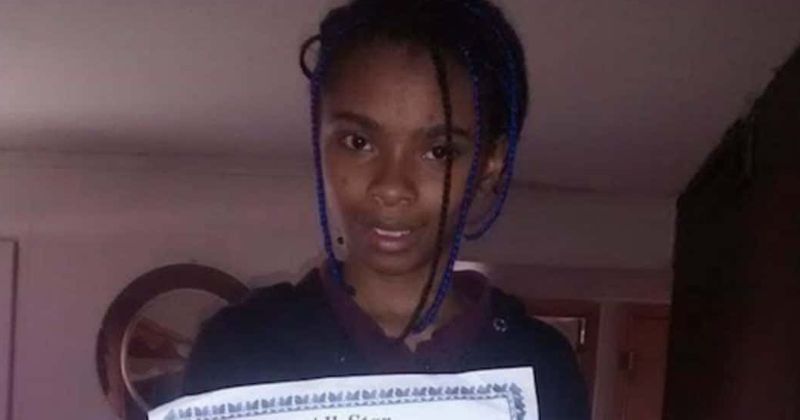 A 19-year-old in jail for nearly two years in connection with the June 2018 death of Randall P. Volar III was released on Monday,  the advocacy group Chicago Community Bond Fund said in a statement.  The group along with few other community groups paid $400,000 to free Chrystul Kizer.

"No one should be incarcerated for surviving violence against them," their statement read, according to CNN.  According to the advocacy group, Kizer had been allegedly trafficked by Volar, who was white. This began when she was 16-years-old.

Dang this is kinda blowing up. Help free Chrystul Kizer, a victim of sex trafficking from my town being convicted of killing her abuser https://t.co/zQIbg6Q1f8

According to Kenosha County court records, Kizer is facing first-degree intentional homicide and use of a dangerous weapon, and four other felony charges. However, she maintains that the act was done out of self-defense. "Far too often, survivors of violence, especially Black women and girls, are punished for defending themselves," the Chicago Community Bond  Fund's statement said. "Chrystul's case highlights the urgent need for the criminal legal system to stop prosecuting survivors of domestic violence and sexual assault."

I really used to think America was an advanced country 🤦🏽

According to the prosecutors, Kizer shot Volar and then set his house on fire on the morning of June 5, 2018,  FOX 32 reports. The prosecution maintains that the teenager planned to kill Volar. The Kenosha County district attorney wants everyone to wait for evidence before jumping to conclusions.

Supporters believe Kizer was a victim. "She was criminalized for surviving, and that was wrong," said Santera Matthews with the Free Chrystul Defense Campaign. "Our work has really been about uplifting Chrystul's story really getting it out there that she is a survivor of sex trafficking, and that she shouldn't be punished."

The Chrystul Kizer Defense Committee, Chicago Community Bond Fund, Milwaukee Freedom Fund and Survived & Punished "paid Chrystul’s $400,000 bond so that she can continue fighting her case from outside of a cage and with the support of her community."

#chrystulkizer is currently out of jail on bond thanks to The Chrystul Kizer Defense Committee, @ChiBondFund, Milwaukee Freedom Fund, and @survivepunish, who all helped pay her $400,000 bond.

When her case is over, the $ will help establish a bail fund 4 criminalized survivors. pic.twitter.com/3V2Ydefqop

"Really, what everyone wanted to relay to her is that we're so glad she's here," said Sharlyn Grace with the Chicago Community Bond Fund. "We really hope that this is going to give Chrystul the chance to start healing and getting the care she should've always been provided. This will support her case and prevent her from being wrongfully convicted."

The release by advocacy group said the funds used to free Kizer "will be used to establish national bail fund to support survivors of domestic and sexual violence facing criminal prosecution for self-defense."

Chrystul Kizer is an incarcerated trafficking survivor who is being charged with life in prison for acting in self-defense against her trafficker.https://t.co/183cyA9Vgp

Kizer told the Washington Post that she met her 34-year-old white abuser in 2018 and that he was aware she was just 16. According to Kizer, t he sexually abused her for over a year while providing her with money.  He was also trafficking her to other men.

The Chicago Community Bond Fund continues to support Kizer, writing: We are proud to stand with Chrystul and will continue fighting by her side to ensure she can put this tragic incident behind her and begin to heal from trauma she has suffered at the hands of her abuser and the state that failed her. Chrystul should have been given support from the beginning instead of being caged and held for ransom by Kenosha County. No one should be incarcerated for surviving violence against them.

Cyntoia Brown-Long, who spent 15 years in prison for killing a man she said paid her for sex when she was a teen, saw parallels between her case and Kizer's. She too was a sex trafficking victim.

She told BuzzFeed News last year, "Here was yet another situation where there was a young girl caught up with some unfortunate circumstances, who reacted out of trauma," Brown-Long said. "And the justice system wasn't necessarily trying to hear that, trying to see that."

She was 30-years-old when she was free. According to CNN, Brown's story caught the attention of several high-profile advocates including a US congressman, several Tennessee lawmakers, and a number of A-List celebrities. Comedian Amy Schumer, reality star Kim Kardashian West and actress Ashley Judd were among those who called for Brown's clemency.

If we can free Cyntoia Brown, we can free Chrystul Kizer. Similar circumstances, same result is needed. They were tortured. No one should ever live in this kind of fear, and a survivor shouldn't have to serve a prison sentence for killing her abuser.https://t.co/UdK8CgAwvZ