Detectives revealed that 60-year-old John Eisenman repeatedly stabbed Aaron Sorenson before shoving him inside a car trunk which he then abandoned. 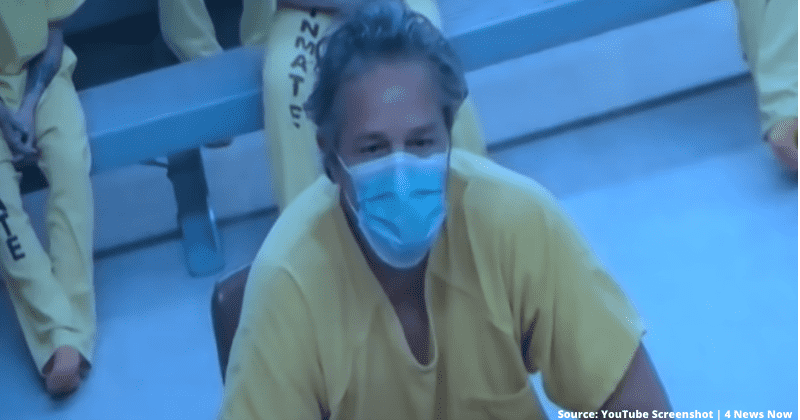 When a father found out that his daughter's 19-year-old boyfriend had sold her to a sex trafficking ring, he brutally murdered him. Detectives revealed that 60-year-old John Eisenman repeatedly stabbed Aaron Sorenson before shoving him inside a car trunk and abandoning the vehicle. Last month, Sorenson's decomposing body was discovered in a car that was deserted on East Everett Avenue in Spokane. As a result, Eisenman was charged with first-degree murder. He is currently being held at Spokane County Jail in Washington on a $1 million bond.

Authorities believe that the victim was killed by Eisenman in November last year, just a month after he learned that his juvenile daughter had been sex trafficked into Seattle for $1,000 by Sorenson. According to a police press release, Eisenman somehow managed to rescue his daughter from the city and get her back to Spokane in October 2020. Then he tracked down Sorenson and went to an address in Airway Heights where the teenager was supposed to go. He patiently waited for the 19-year-old to arrive at the location and when he did, an altercation took place.

And the problem is what exactly?

Father 'killed his daughter's boyfriend, 19, by stuffing him into the trunk of a car and repeatedly stabbing him' after discovering he'd sold her to a sex trafficking ring: Body was found after a year https://t.co/64dbx0JZtP

"During that encounter Eisenman abducted the victim, tying him up and placing him in the trunk of a vehicle. Eisenman subsequently assaulted the victim by hitting him in the head with a cinder block and then stabbed him repeatedly, causing his death," revealed the police according to Daily Mail. "After the homicide, Eisenman drove the vehicle to a remote area in North Spokane County and abandoned the car with the body still inside." The car remained at the location in the countryside until October this year when someone drove it to Spokane and left it on East Everett Avenue.

Authorities believe that the person who drove the vehicle recently did not have any knowledge about the dead body in the trunk of the car. The corpse was only discovered when people began searching through the vehicle. A witness, Amber Hellmann, revealed that her boyfriend and another friend searched the car after noticing that it had been there for some time. "They were just looking around and for some reason, they decided to look in the trunk and all I hear is, 'there's a body,'" she shared. Cops said that when Eisenman was being arrested he surrendered without any incident. Apart from his recent detention, Eisenman doesn't have any violent criminal history.

In a similar case that made headlines, a father shot his son's kidnapper and rapist on national television, we reported. Back in 1983, Jeffrey Doucet began grooming a young 11-year-old Jody Plauche from Baton Rouge, Louisiana, as he went to him for karate lessons. "He had begun the grooming process, not just on me but my family. Pedophiles are very good at what they do. One of the things they'll do with the grooming is to test the child's boundaries. Jeff would go, 'We need to stretch,' so he'd be touching around my legs. That way, if he grabbed my private area, he could say, 'It was an accident; we were just trying to stretch.' Or, if we were driving a car, he'd put his hand in my lap and might go, 'Oh, I didn't mean to. I didn't realize my hands were there.' That's that slow, gradual seduction," recalled a grownup Jody during an interview.

TODAY @TrueCrimeTue asks the question, Why Gary, Why? with our very special guest, Jody Plauche'

But then in February 1984, he kidnapped the boy and took him to California. After being holed up in a motel, Jody requested Doucet if he could call his family and when he agreed, the police were alerted and they managed to arrest the pedophile and rescue the child. Doucet was scheduled to fly back to Baton Rouge on March 16, 1984, as his case was set to go to trial. What he didn't know was that Jody's father Gary Plauche had managed to get the details of his exact time of arrival from local reporters and was waiting patiently at the city's Metropolitan Airport.

Disguised in a cap and shades, Gary is seen inconspicuously lurking on the side as Doucet appears in video footage. He then turns towards Doucet with a pistol. We hear a bang as Doucet slumps to the floor. Two officers are then seen wrestling to apprehend Gary's pistol. The following day Doucet died from his wounds and Gary got a seven-year suspended sentence, with five years probation and 300 hours of community service, which he completed in 1989. He died in 2014.