trending celebrity people lifestyle news animals
'Sex & The City' Star Willie Garson Dies At 57, His Last Words To The World Were "Be Kind To Each Other"

'Sex & The City' Star Willie Garson Dies At 57, His Last Words To The World Were "Be Kind To Each Other"

His most popular role was Stanford Blatch, best friend and confidant of Carrie Bradshaw, played by Sarah Jessica Parker, in 'Sex and the City.' 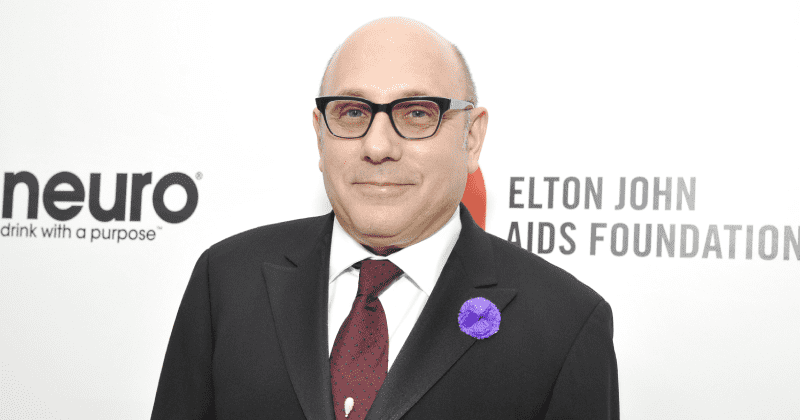 Sex and the City star Willie Garson died on Tuesday. The 57-year-old actor was suffering from pancreatic cancer and was surrounded by his family at the time of his death. Garson was known for his role as Stanford Blatch in HBO's Sex and the City series and its spinoff movies. Blatch was the best friend and confidant of Carrie Bradshaw, played by Sarah Jessica Parker, in the series. Willie Garson is set to appear on the 10-part reboot of the series titled, And Just Like That..., reported People. His son, Nathen, described Garson as the "toughest and funniest and smartest person I've known" in a tribute on Instagram. "I love you so much papa. Rest In Peace and I'm so glad you got to share all your adventures with me and were able to accomplish so much," wrote Nathen, posting a set fo photos of his Dad. "I'm so proud of you."

"I will always love you, but I think it's time for you to go on an adventure of your own," Nathen continued. "You'll always be with me. Love you more than you will ever know and I'm glad you can be at peace now. You always were the toughest and funniest and smartest person I've known. I'm glad you shared you're love with me. I'll never forget it or lose it ❤️😘"

Garson also starred in other TV shows including John from Cincinnati, White Collar, Whole Way Down and Hawaii Five-O, after the original Sex and the City series wound up in 2004. He also featured in a couple of movies. Martio Cantone, who played Garson's on-screen husband Anthony Marentino in the Sex and the City series, paid tribute to his on-screen partner, writing, "I couldn't have had a more brilliant TV partner. I'm devastated and just overwhelmed with Sadness. Taken away from all of us way soon. You were a gift from the gods sweet Willie. Rest …I love you."

I couldn’t have had a more brilliant TV partner. I’m devastated and just overwhelmed with Sadness. Taken away from all of us way soon. You were a gift from the gods. Rest my sweet friend. I love you. pic.twitter.com/Ia4tg1VK1Y

"Willie Garson was in life, as on screen, a devoted friend and a bright light for everyone in his universe," read a statement released by a HBO/HBO Max spokesperson, reported CNN. "He created one of the most beloved characters from the HBO pantheon and was a member of our family for nearly twenty-five years. We are deeply saddened to learn of his passing and extend our sincere condolences to his family and loved ones."

Other actors also paid tribute to the actor. Modern Family star Julie Bowen wrote, "This breaks my heart. Willie Garson, a friend who loved me at my worst, (and always let me know it) is gone. Goodbye, Fatty. I love you always." Matt Bomer, Garson's co-star on White Collar, wrote, "I still haven't wrapped my head around a world without you in it — where I can't call you when I need to laugh, or be inspired. You live on in our hearts and minds always: and your White Collar family is always here for Nathen. Save a place for me, because you know I want to be at your table up there."

Garson was born in New Jersey and started training as an actor at age 13. He got his first break in Hollywood through guest roles on TV shows like Cheers and Family Ties. Nathen is Garson's only child, who he adopted. Earlier this year in January, he marked Nathen's adoption day with a post, writing, "Best day of my life. Always. It's an honor @nathen_garson, today and every day."Garson will be seen in And Just Like That, which will be released later this year. In his final post on Twitter, on September 4, he wrote, "BE KIND TO EACH OTHER......ALWAYS. LOVE TO ALL. APRROACH [sic] KINDNESS."